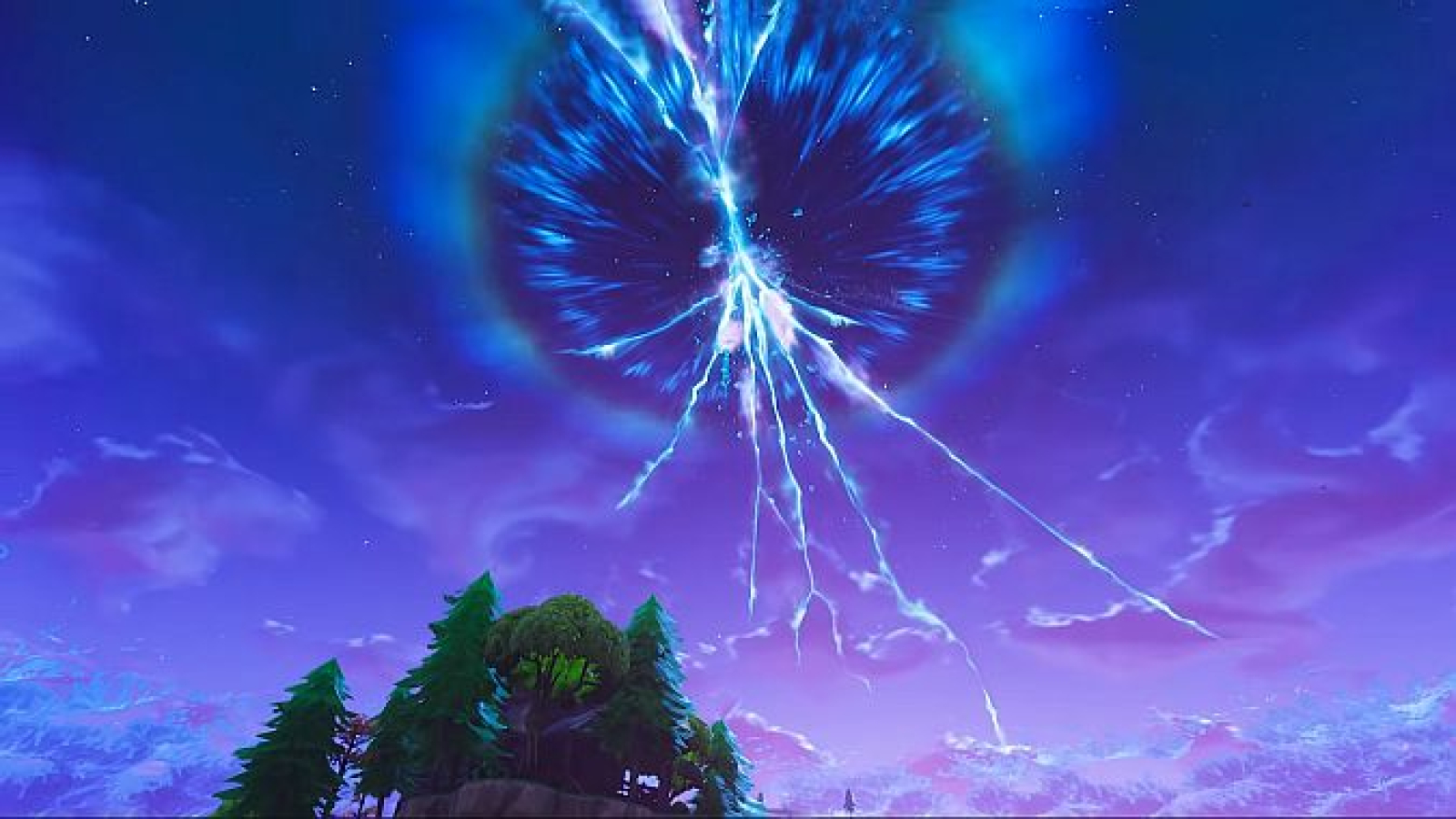 Perhaps because of the event that first set it off, the Omen Rift has an affinity for death. That is perhaps being a bit too trite. A shifter would say that it was first caused by the simultaneous release of massive amounts of life energy that overwhelmed the planet's ability to absorb it all. Since that time, it is forever keyed to similar energy signatures and will continue to connect to times and places of great sources of released life energy, or put another way, great amounts of death. This is why, 350+ years later, it locked on to the death in Green Bay and connected to then. An astute observer would notice it connected to itself because itself occurred, causing it to connect to itself, and could get wrapped up in the infinite causal loop such a statement results in. That is the nature of space-time and why madness is the inevitable result of any who study it for too long.
The Omen Rift is the name given to the first rift in the 21st Century. It occurred in Green Bay Wisconsin during a football game between the Green Bay Packers and Chicago Bears; wiping out the entire stadium and surrounding neighborhoods.   Due to the peculiarities of space and time, the same rift opened up almost 350 years later in the same location. This is because every rift is a doorway connecting two locations of space-time. One end of the Omen Rift was in Green Bay Wisconsin in the 21st Century and it connected to the same location but 350+ years later.   After the Omen Rift occurred in the 21st century, a number of other seemingly unrelated rifts occurred across the planet for the next hundred years, culminating in the great cataclysm. In the 250 years since the great cataclysm, rifts opened frequently in the same general area. This area of southeastern Wisconsin is anchored on the ruins of Green Bay, Milwaukee and Madison, forming a triangle. The triangle is smaller than but not unlike the Bermuda Triangle or the Devil's Triangle or the other major triangles of the world. Since then, any rift appearing in this area is called an Omen Rift, even though the actual Omen Rift was only the one that brought our player characters from the 21st century to the Rifts Earth of 350 years later.

Unique to all the world, the Ley Lines and Nexus Points in the Free Lands are not stationary. They bounce around, jump and dive and otherwise move randomly like arcs of electricity through air. In fact, this is just about the closest one can come to an accurate description. If the Earth could be considered a crystal ball, then The Free Lands would be a bullet hole in it. Before the bullet hole, there was a powerful nexus point here, a point where life energy congregated before being recycled into the biosphere. The Omen Rift created a chip in the otherwise smooth surface. With each subsequent rift created by the architects of the cataclysm, the chip grew cracks that spread across the planet, weakening the integrity of the biosphere. When the great cataclysm finally occurred, the metaphysical biosphere was totally obliterated in this location, turning the crack into a wide hole, a gap in the surface of the biosphere. Without a properly conductive surface upon which to establish a proper nexus, the ley lines that came to this area were left to flail about like unsecured hoses. What had once been a large, stable nexus point became a chaotic collision of flows between the seven ley lines that connected here. Any time the flows of two or more ley lines intersect, a smaller temporary nexus forms. The larger the nexus the greater the chance of a rift forming. Rarely, if ever, have all seven ley lines formed into single nexus; and each time they do, a monumental rift is guaranteed to form.

Found solely in the The Free Lands between Chi Town and the Republic of Ishpeming, whenever a rift forms in this area, it is considered the Omen Rift; even though the actual Omen Rift was just the one rift that opened between this location and the 21st Century through which our player characters travelled.   Because of the oddities of space and time, all these rifts have been occurring every week or so in about the same location as the original Omen Rift since the great Cataclysm.