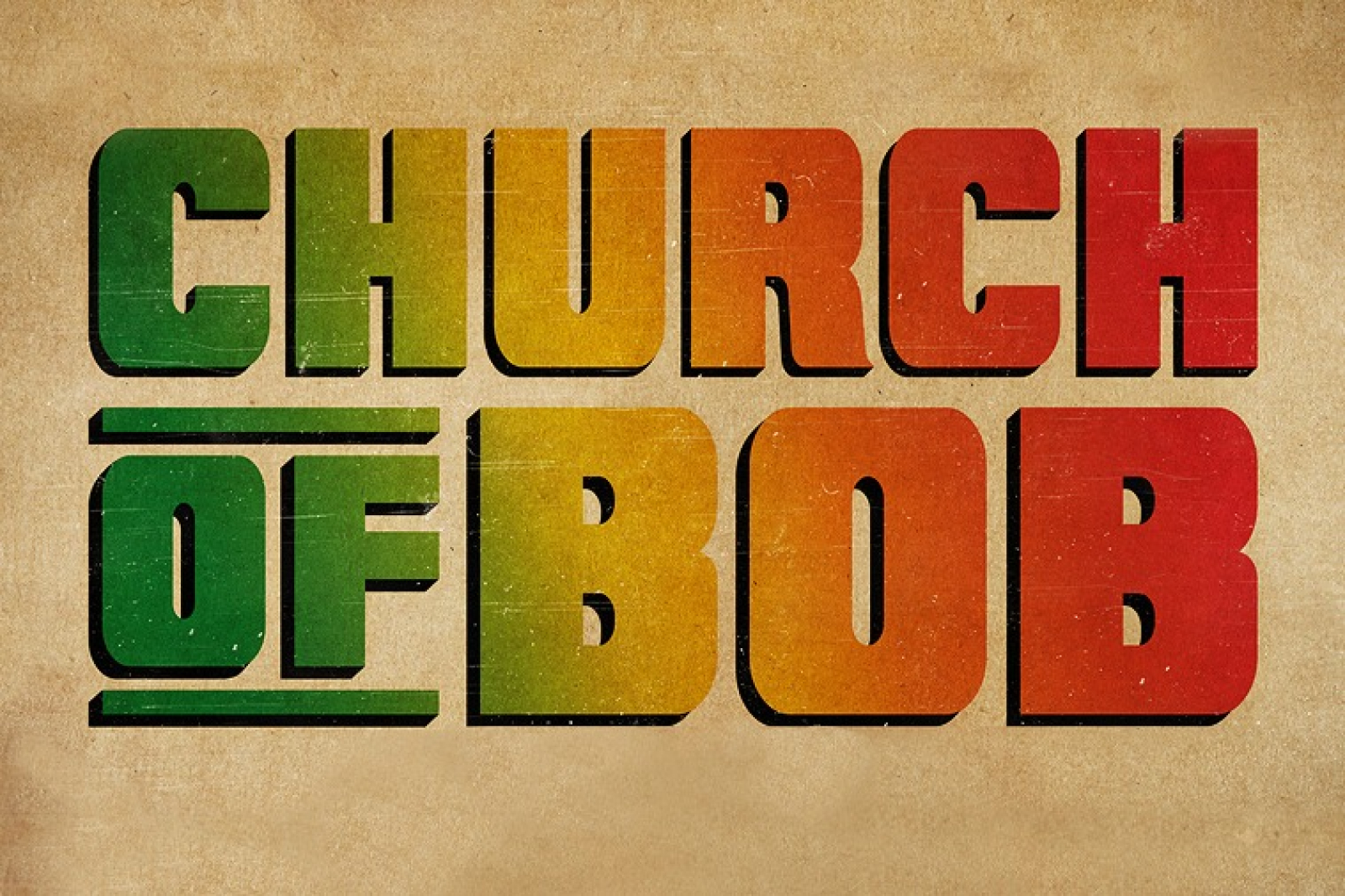 The Church of Bob

The exodus of persecuted peoples from Coalition-influenced territories have led to a society full of refugees and vagrants.   These peoples have taken to following the writings and songs of Bob Marley and other Reggae artists. Calling themselves the Church of Bob, they believe that if they persevere, they will someday find their chosen lands. In this regard, there is a great similarity to Rastafarianism, and thus the appeal of the great Reggae artists.

After the great cataclysm and the persecution by the "Earth is for Humans" groups that eventually became The Coalition States, the 1st Apocalyptic Cavalry and other like-minded entities; peaceful DeeBees, slaves and other persecuted peoples latched onto the message of perseverence, hope and redemption provided by the lyrics of Bob Marley's songs. The few surviving recordings have become cherished sacred works and all other reggae has become so much gospel music for them. The resultant resurgence and popularity of modern day Rastafarianism has led to a word-of-mouth religion calling itself the Church of Bob.   It did not take long for the City of Tolkeen to declare itself the promised land for Rastas of the Church of Bob. For the last hundred years there has been an exodus throughout North America of the persecuted to Tolkeen, where the government is eager to capitalize on their plight.

Members of the Church of Bob call themeselves the Rastafari. They largely speak Iyaric, or attempt to at least.   Followers of this church are predominantly deebees and other non-humans, but there are plenty of human followers as well who are attracted to the message of peace and oneness between them.

Tolkeen has made this religion all but official by subsidizing its construction projects and fully backing its missionaries. In fact, one could say that Tolkeen has adopted it so fully that it maintains and teaches its own version of the church doctrine.   The subsidized missionaries of the Church of Bob to other communities of implore non-humans to emigrate to Tolkeen, their "Promised Land" here on earth, as mentioned in the gospels of Bob.

During the Great Cataclysm, the number of rift events were far greater than they are today as the release of so much life energy resulted in near-continuous dimensional rifting.   Most of Earth's current Dee-Bee species came to the planet during those times. The destruction and barbarism of the hundreds of years since have reduced history to whatever could be passed along in spoken tales. Any archeologically discoverable history mentions only humans, leaving the Dee-Bee's feeling like they are out of place.   Today, most Dee-Bees know only that they came from someplace else spoken of in tales passed on from their great grandparent's great grandparents; an idyllic place where they knew they belonged. Compared to this harsh realm where they face eradication at the hands of human supremecists, they regard this other place as a paradise.   The tenets of Rastafarianism were originally geared towards the decendents of African Slaves in the Americas who had been taken from their homelands and persecuted by the people in their new lands. The Dee-Bees on Earth feel they share the same plight as these historical Rastas and have identified with the rastas and the messages of Bob Marley and other notable Reggae artists from before the cataclysm. They preach perseverance under the persecution of the Humans and hope that they will eventually be able to return to their chosen lands.

There is one Jah who is all things and so we are all united through Jah.

The Church of Bob, and in fact all of modern Rastafarianism, is based upon the discovered works of Bob Marley. The songs are considered sacred works and the lyrics have been translated by all the literate Dee-Bee species.   These transcripted works are kept in the central Church of Bob in Tolkeen, along with several of the original recordings. ("original" used here refers to pre-cataclysm era recordings, not the actual original studio tapes)   Besides the message of perseverance and hope, the central belief of Rastas is that Jah is in all beings and so all beings should be shown the respect owed to Jah.  This naturally results in a very pacifistic belief system.  So rather than rise up violently against their downpressors, they will persevere and hope for a better time and place.

While Rastafarianism in pre-cataclysm Earth had no central Authority or organization. The Church of Bob of Rifts Earth does. The priests, if any are to be called such, would be the reggae performers who preach like evangelists and travel like missionaries. They sing the songs of Bob Marley and other Reggae Artists as a preacher would shout the Gospel.
Tolkeen has claimed itself to be the authority of the established Chuch of Bob. While few of the Rastas outside the city recognize Tolkeen as the chosen land, they at least recognize that the physical Church of Bob structure in Tolkeen is the site of the holy archives.

The governing powers of Tolkeen have seen opportunity in the preachings of the Church of Bob and the messages of Rastafarianism. They claim to be the the embodiment of the chosen lands right here on Earth. In so doing, they bolster their own ranks in opposition to those of the Coalition States.   Many of the grass-roots politicians of Tolkeen actually believe it.

“Open your eyes & look within, are you satisfied with the life you're living?”

Type
Religious, Other
Demonym
Rasta
Deities
Divines
Rastas speak their own version of American called Iyaric, or Wordsound. They believe that by formulating their own language they are launching an ideological attack on the integrity of the American language, which they view as a tool of the downpressor (downpressor in Rastafarian because the opp in oppressor sounds too much like up). The use of this language helps Rastas distinguish themselves from non-Rastas.   When greeting others, they will say "Peace and Love."