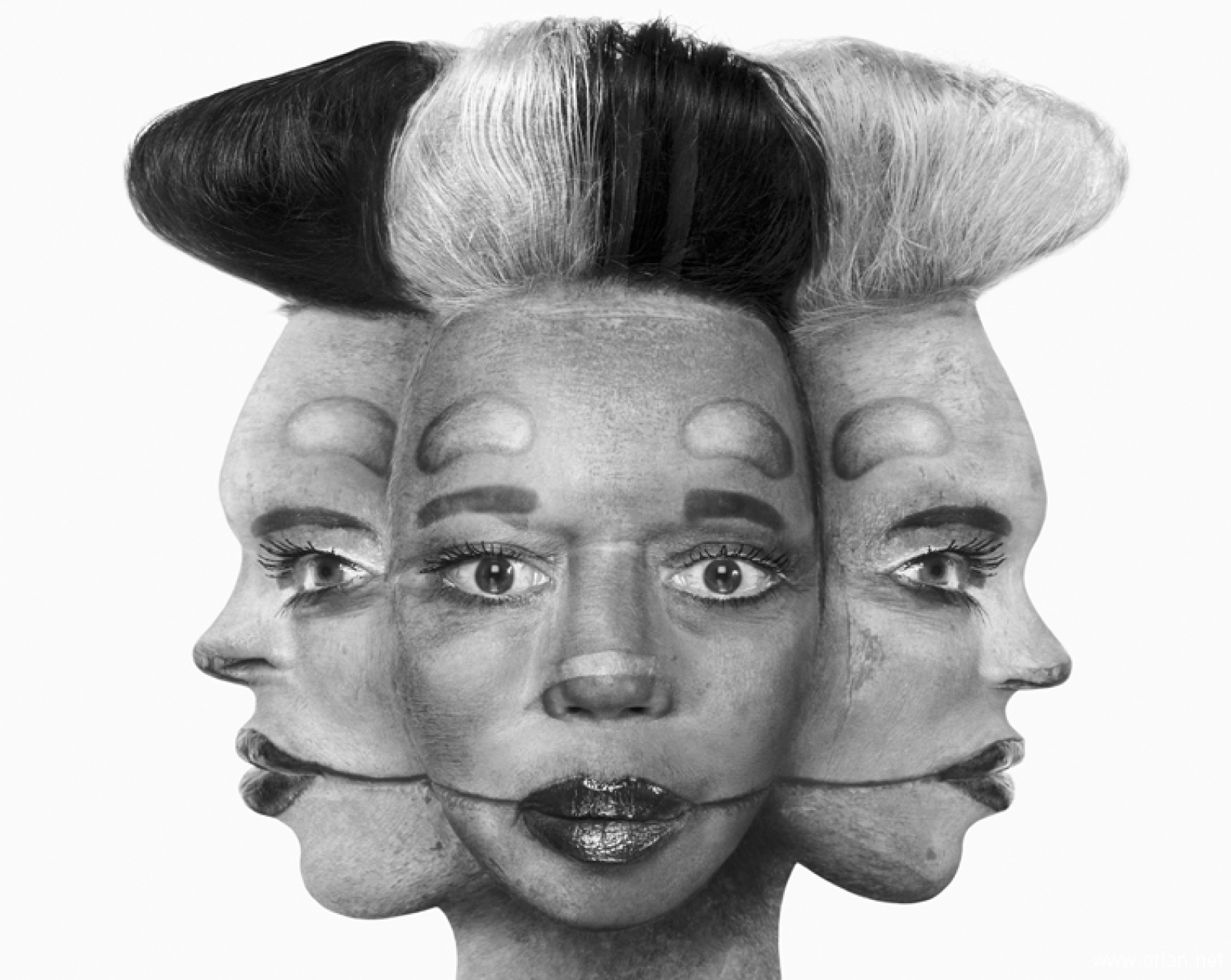 Jyestha, Eris, Discordia and Lilith, the four-headed God of pain and misfortune

The Four-headed Goddess of pain and misfortune. Each has its own focus.

Jyestha is often represented as a crow. In households her icon is that of a woman seated on a throne. The woman has black skin, large pendulous breasts supported by a flabby belly, and wearing dark blue garments.
Eris is depicted as an attractive woman with black wings on her back and ankles. She is associated with blackbirds and is said to communicate through their murmurations.
Discordia is represented as a golden apple. She is said to inhabit and communicate through birds that prey on corpses.
Lilith is depicted as a serpent. She discourages public or outward displays; so whether any individual cabal uses tattoos, amulets, rings, armbands or some other method, the purpose is only to identify themselves to each other.   When it comes to weapons, a scourge (cat o'nine tails) is often used. Exsanguinators are also a preferred choice if available.

Appease the goddess of pain to relieve your pain.  She will get her quota of misfortune one way or another, so spread your misfortune to others to lessen your own.

Bring pain and misfortune enough to cause people to plead to her for mercy.  Such pleas are her sustenance.

Despair is a taboo. Despair makes one inured to pain. Hope that pain can be ameliorated through pleas for mercy is the greatest amplifier of pain possible.

Each of the faces acts as an independent intelligence, yet they are all the same intelligence. They have made pacts with Witches around the world, each with the directive to create and promulgate cults of doom, advocating for the appeasement of the goddess of pain and misfortune.

Note that although the four-headed goddess is one entity, her followers do not know this. Each is convinced that the one they follow is the right and true Goddess of pain and misfortune. They do not or cannot see her three other heads, when and if she ever presents herself.   It is the witches who know of her and who proselytize, and each witch only knows her by one of her names. The entity takes great pleasure in the conflict this begets between her followers.
Divine Classification
greater alien intelligence
Church/Cult
The Cult of Doom
Children

Articles under Jyestha, Eris, Discordia and Lilith, the four-headed God of pain and misfortune

The Cult of Doom

The Cult of Doom