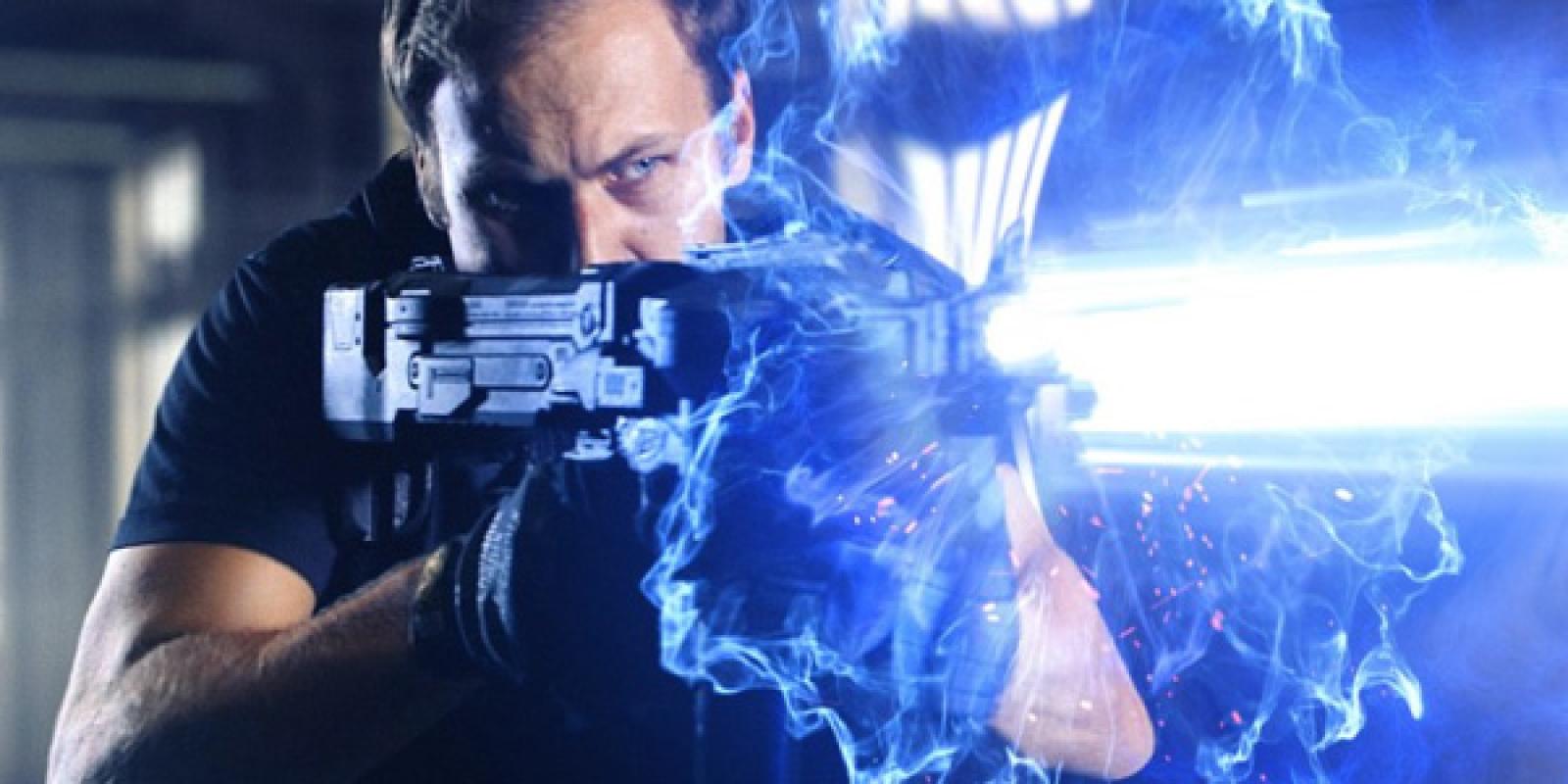 This article will set forth a description of what energy weapons are in use in Rift's Earth, how they work and what effects they create. It makes no attempt at repeating existing game mechanics, as those can be found in the Savage Rifts core rulebooks, except insofar as those mechanics have been altered for Tulcor's Savage Rifts.
The different kinds of energy weapons are:

The following factors affect energy weapons:
Access & Availability
Lasers are relatively common in most high-tech areas and organizations and many manufacturers make lasers. Wilk's is known for making superlative laser weapons.   Particle beams (including Ion and Plasma) require more advanced manufacturing facilities. Only The Coalition States (including Quebec), and Northern Gun have the know-how to make them in North America. As a result their rarity and cost increase exponentially the farther from those two areas one travels.
Complexity
The use of Laser-reflective armor by Glitter Boys is something the The Coalition States have been working to counter. In response, they have resurrected a branch of research from the Golden Age of Man called a phase-conjugate laser system, or PC Laser. A PC Laser employs a "finder" or "guide" laser illuminating the target. Any mirror-like points on the target reflect light that is sensed by the weapon's primary amplifier. The weapon then amplifies inverted waves, in a positive feedback loop, destroying the target's mirrored regions by basically evaporating them. The entire process occurs in just fractions of a second. Obviously, the destruction and penetration of a mirror surface only occurs where the laser actually hits it and the possibility of it hitting the exact same spot again is nearly impossible in a combat setting, so regular lasers would still suffer all the same damage reduction as usual when firing at the same target. These PC lasers get their name from their phase conjugate mirror, or PCM, which is comprised of a combination of special man-made chemicals. It is this PCM that inverts the waves and sends them back to the target. It is also the PCM that makes these weapons so expensive and restricted. [Note: In a brilliant move of disinformation, the Coalition calls these "variable frequency lasers" instead of phase conjugate Lasers. And while they do technically emit varying frequencies of laser light, it is not the selection of a "correct" frequency that causes them to work as they advertise. This is a minor difference, but a difference that could potentially derail any counter-counter measures for a very long time.]