The events that spiralled out from the "Russan Feud" would throw the Eternal Empire into a century-long Dark Age and nearly snuff out a civilization that had existed for over ten millennia.
— Victaria Gale, Rhomeian Archivar

Following the end of the Vardanian Occupation of Rhomeia, a series of political and military conflicts tore the Rhomeian Empire apart and very nearly resulted in the complete dissolution of the realm. The constant state of civil unrest ensured that the Empire would play no role in the world that emerged from the collapse of the Second Hegemony. After over three centuries of decline, the Dark Age would end with the Kanassan Reformation.

Following its defeat in the Vicarian War, Rhomeia had fallen under Vardanian rule. A state which would last for over five hundred years. Rather than control it through military might, the Second Tarquinnian Hegemony chose a series of senators to act as its representatives. Over the centuries, these Custones began to change the political system of Rhomeia, transforming the Empire into an oligarchic state ruled by them and their descendants.

Seron the Red's death in late 2242 effectively ended the Second Hegemony and by extension its rule over Rhomeia. When the news broke, many began to demand that the Custones lay down their titles and return the Empire to its old ways. At first, the Custones gave themselves conciliatory. In the small city of Russan, they gathered a large number of Rhomeian senators and nobles, ostensibly to restructure the Empire. It turned out to be a trap, as guards and mercenaries in service of the Custones stormed the assembly.   Hundreds were slain, but the attempted coup was not entirely successful. Several nobles escaped to the various islands of the Melian Archipelago and raised forces from among the local populace. They were unable to take the city of Rhomeia itself, however. Similarly, the Custones were able to take control of the city, but couldn't push toward the outlying islands. The bloodbath and ensuing conflict would become known as the "Russan Feud". The following centuries saw the emergence of so-called "Island Kingdoms", as the various nobles declared themselves rulers in defiance of the Custones. While nominally still part of the Empire, these states acted on their own, the united front against the Custones giving way to infighting.   As the "War" continued, the Empire began to decay. Economic stagnation, crumbling infrastructure, abandoned mines and fields, what had once been the beating heart of the oldest nation on earth was now closer to an ancient ruin. To make matters worse, a series of plagues washed over the nation from 2510 on, killing up to one-third of some islands populations. By the end of the 26th century, the conflict increased in violence again as the rise of the Acimian Cult unleashed a new age of war on the Empire. Their bloody reign, which saw thousands executed, lasted barely two decades. Beginning in 2599 DA, an alliance of Rhomeian Colonies, led by Methlan, invaded the archipelago and freed the city of Rhomeia from the cult. By 2601 DA, all remaining Custones and Island Kings had been subdued, officially bringing an end to the Dark Age.

Rhomeia emerged from the Dark Age a shadow of its former self. The damage it had endured would take centuries to heal and some historians claim that it took until the 33rd century for all scars to vanish. Under the guidance of Aetius Vegaris, Primarch of Methlan and overall commander of the Alliance, the Eternal Empire was restructured. It reemerged a Confederation, with Rhomeia at the helm but its various colonies given greater influence and freedom. The senate was reinstated, new checks and balances made to prevent another abuse of power as had happened under the Custones. The Kanassan Reformation officially ended in 2605 DA and the order it created would last until modern day.

Not everybody looks favourably on the Reformation. It ended institutions and traditions that had lasted thousands of years, had become part of what it meant to be Rhomeian. But it was necessary and allowed us to rise once again.
— Helia Vegaris, 31st Century Historian

Filii Acimia   An ancient Rhomeian cult that worshipped the goddess Acimia, the personification of purity. it emerged during the Age of Wrath, one of its main tenants the "superiority" of the Rhomeian people, culture and state. Anything that was deemed "corruptive" or "detrimental" toward any of those three was vilified and to be destroyed. Its first incarnation vanished together with the old era in the cataclysmic Oblivion Hour. Its ideas, however, would continue on in Rhomeian thought and the cult would reappear multiple times throughout the Dawn Age.

Embrace the Flame,
Cleanse the Spirit!
Purge the Filth!
An Empire Ascendant,
A Goddess Eternal.
— Creed of the Cult 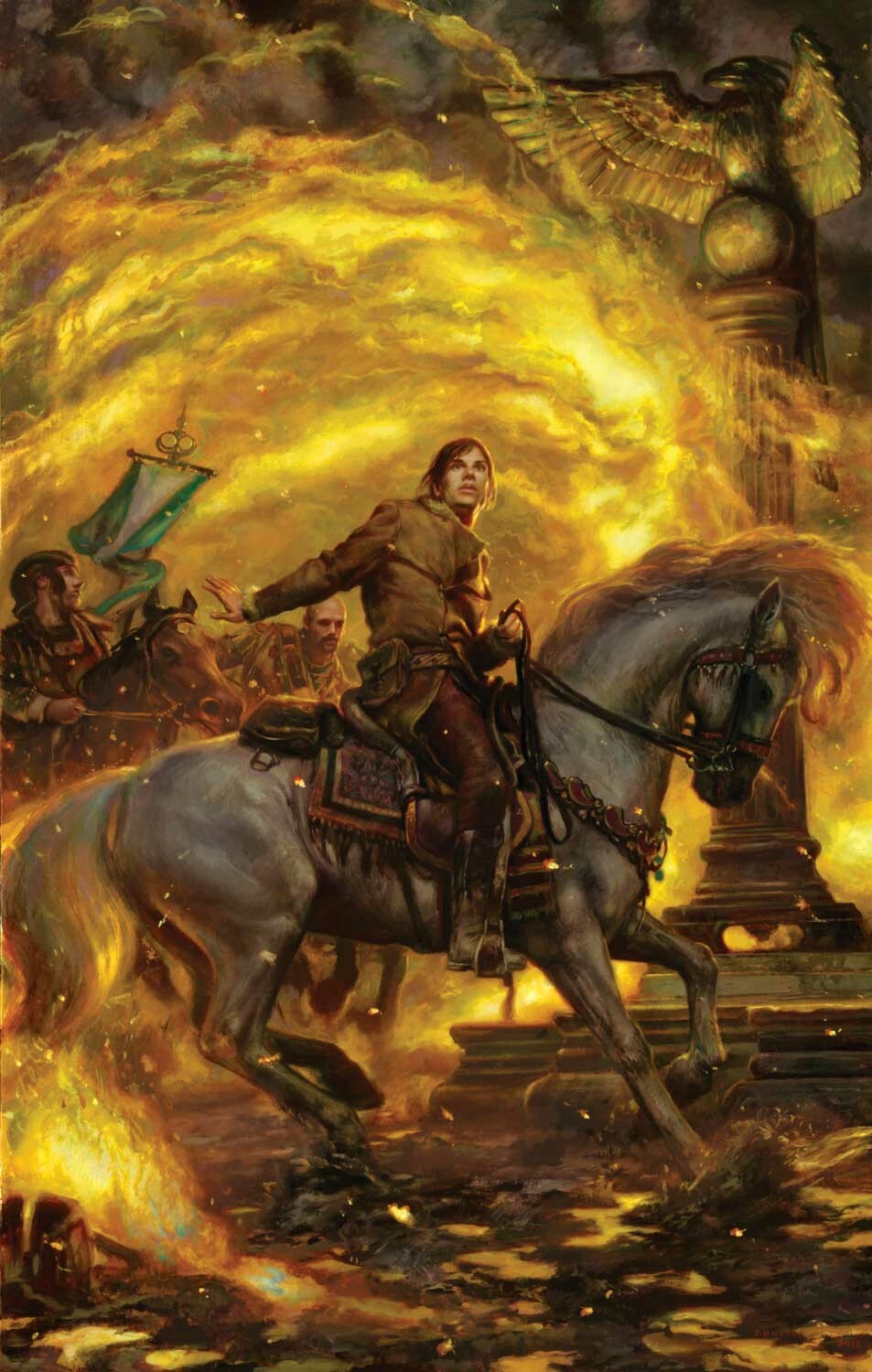 Remove these ads. Join the Worldbuilders Guild
Final Fall of the Second Hegemony