Of all the daughters of ancient Rhomeia, Methlan is perhaps the least remembered. Far too often overshadowed by her sisters in the north, the Queen of Ships is nonetheless one of the most important cities on the Divide.
— excerpt from "Rhomeia and its Descendants" by Archivar Garen Gisalas

Vardanias southernmost city, built where the cliffs of Tyanis Wound turn into the smooth coastal plains of the Summer Coast. Oldest of the remaining Daughters of Rhomeia, Methlan is the worlds chief manufacturer of ships. Nurn may have a thousand colours, Ainach may produce the best silver in the world and Sur manufacture the finest textiles known to man. But Methlan's ships move the world.

Methlan is the second oldest city in the known world. Founded about 320 years after Rhomeia itself, long before the Age of Wrath or Time of Twilight. In the aftermath of the Oblivion Hour the city remained disconnected from the Rhomeian Empire until the Rhomeion began to explore the newly formed The Great Divide in the last centuries before the First Dawn.

by Creative Assembly
Since then Methlan has alternated between independent nation and partner of Rhomeia. The Dawn Age has seen the city in repeated conflicts with Feran Lords, other city-states as well as the Tarquinnian Hegemony. Fending off any outside aggression, Methlan has maintained its independence for over 3000 years. 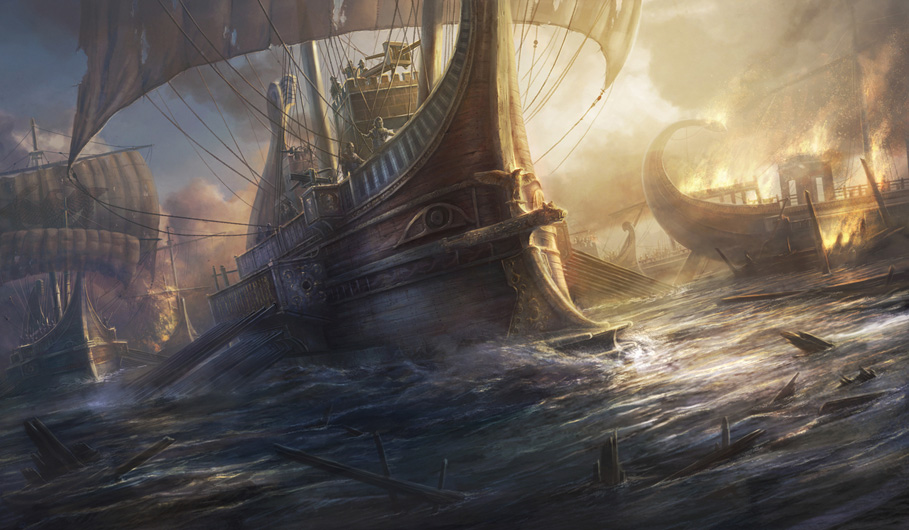 by Creative Assembly
The region surrounding Methlan, known as Aria Province is home to the Arian Cedar, whose wood is ideal for shipbuilding. Since early on the cities focus has been on the sea and its ships have been to known to be of exceptional quality. As a result, the industry is dominated by ship manufacturing. From the expansive tree farms in the hinterland to the expert rope and sailmakers, Methlan produces everything needed to construct a ship.   Its shipyards are the best in the world, the skill of it craftsmen unrivalled. The cities main shipyard known as the Arsenal can produce a fifty carracks a week. Ships made in Methlan are of amazing quality and sold to fair prices to anyone willing to pay. As a result, many nations around the ocean have taken to simply buying ships rather than building them themselves.

by Creative Assembly
From the slow, fat merchant cogs to the sleek and fast behemoths of war that are the dhomare, any ship one can imagine can be bought here. Additionally ship repair, upgrades and maintenance are offered to stable prices and one may even rent entire fleets to move wares or wage war.       Metarans (from Rhomeion meaning Woodmen) are known to be neutral in all conflicts unless directly threatened. Honest and proud they will never try and deceive you. Being a shipbuilder is seen as a great honour and those breaking the strict oaths of quality are at best kicked out of their guild and at worst send to the forced labour corp.
Methlan at the turn of the 1st Millenium DA. 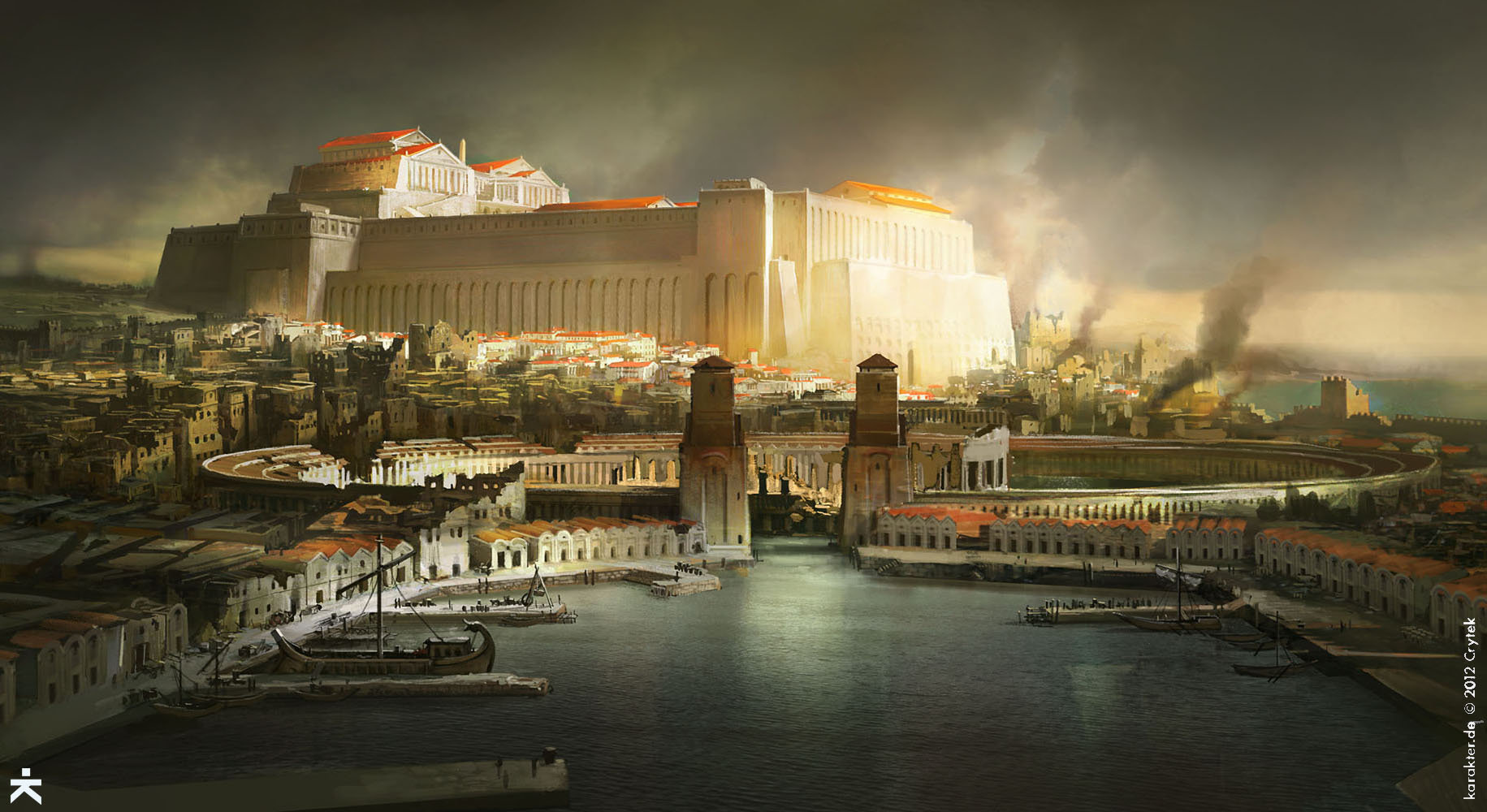 by karakter design studio
Daughters of Rhomeia   The various cities around the world that were founded in ancient past by the Rhomeian Empire. Among them, the seven cities of the Vardanian Heartland, the city of Siris in the Reach, Methlan itself as well as Hedaris in Illigara.   With the exception of Hedaris, all of them have remained independent from their mother city.

Some say that one in three ships sailing or rowing around the world was made in the shipyards of Methlan.
— "Rhomeia and its Daughters"

I really like that dock design. I think what I'm seeing is a public area for your average fishermen, and a more secure, large mooring area for rich merchants and maybe military vessels. Wonderful art BTW!   Seeing a map like that, the first thing I usually think about is what I would do to capture the city. I see one or two options, none of which I envy. First, try to get a boat inside the water gate in order to keep it open for an occupying force. Second, try to land forces on the beach and lay siege to the gate there, or land somewhere else farther from the range of enemy archers. but even if I did secure the beach, there would still be many walls to take before I had the city. My best bet, long term, might be to hold the sea gate and prevent any supplies from coming in to the enemy. Meanwhile, hopefully my own fishing ships could supply my army. However, they still have all those fields that are providing them with copious amounts of food. One thing I will say, that much wall around the farmlands would need a lot of manpower to patrol. Maybe some stealthy ships could sneak past the guard and torch the fields? But that'd be a dark place to go... All in all, a very defensible position.