How Gonklin Got Its Groove Back

by E. Jones and Daza
Glossary | PC: Playable Character | GM: Game Master | DC: Difficulty Class | HP: Hit Points | NPC: Non-Player Character   Adventure Scaling | This adventure is intended for four 3rd-level characters. If the party is stronger or weaker (more/fewer members or higher/lower level), you can modify the difficulty of combat encounters by adjusting the hit points, damage, or number of monsters. For a weaker party, lower the average damage of enemies by two and their hit points by five. For a stronger party, increase the number of bandits and/or demi-sphinxes.

The heroes arrived in Gonklin to enjoy a luxury hot springs resort, but are confronted by the townsfolk. The locals are accusing the party of being members of a band of brigands that has been harassing the resort, but the party can alleviate the mood by taking on the bandits themselves. The bandits have used some kind of magic to steal all the coin and weapons from the town and the party members are the only people around with the skills to take down the threat further up the mountain. However, the brigands aren't the only danger along the mountain pass.

Gonklin is a small town high in the Sundural Mountains with little going for it except for its Luxury Hot Springs Resort and Spa. First establish over two hundred years ago, the Gonklin hot springs resort has been the town's sole source of income through wars and famine, and is the lifeblood of their culture. Because the mountain paths are so rocky, the community cannot sustain itself with its own farming; instead the people of Gonklin rely on their hot springs to draw in tourists and traders. Unfortunately for the people of Gonklin, they have also attracted the attention of a group of brigands and their ingenious contraption.   In the week prior to the arrival of the party, Mulva's troupe made multiple attacks the town using a device of Mulva's own design. Mulva's Marvelous Magnetic Marimba, an enchanted percussion instrument that allows its user to control the flow and movement of any metallic object within its range. By playing a song she composed herself, Mulva and her associates robbed the town of Gonklin of all its coin, jewelry, and weapons leaving the town both poor and defenseless.   Mulva's crew has taken hold of an abandoned keep north of town and higher up the mountain. Fort Gonklin is the namesake for the town was constructed long ago as an outpost for a war generations past, and it has seen many different occupants before Mulva's arrival. The keep sits above Gonklin and has been a favorite part of the scenic view for many of the resort's patrons, but now represents the town's demise. Not only has the music of Mulva's Marimba scored the theft of the town, it has also drawn the ire of the local population of demi-sphinxes. The demi-sphinxes despise the sound of marimba music and may soon descend upon the fort themselves, but not before making snacks out of the townsfolk!   The residents of Gonklin have attempted to muster a group together to fight back with wooden cudgels and stones upon the arrival of Mulva's next raid, but the bandits haven't been seen in days. The town fears going up to the keep themselves lest they be ambushed themselves. And so, when the party of adventurers arrive in town to indulge themselves at the town's resort, they find themselves accosted by the townsfolk who are accusing them of being member to Mulva's gang.

After a long journey your party has finally arrived in Gonklin, marking the halfway point between where you began, Rosara, and your final destination, Dagdara. Lucky for you, Gonklin is home to the famous Gonklin Luxury Hot Springs Resort and Spa which is the perfect place for you to rest your tired feet and enjoy yourselves before continuing on your journey.

Gonklin and the Hot Springs Resort

When the party firsts arrives in Gonklin the streets will be mostly empty, and those townsfolk still out will eye the adventurers suspiciously before running indoors or down a side street. Depending on the parties first destination, one of the following events will begin the story:   The adventures arrive at the top of mountain and see their destination. Peeking from the surrounding forest trees, is a large wooden building. As the group nears the building, a sign reads, “Gonklin Luxury Hot Spring Resort and Spa.”

As they enter, a cautious woman greets them, “Welcome travelers to Gonklin Luxury Hot Spring Resort and Spa. Would you like a tour?”   If the party has already encountered "The Mob", the greeter will take the group on a tour through the resort; otherwise skip to "The Mob" below.   The woman can begin tour by showing them massage rooms; Inside there are three people lying face down on tall tables while masseuses work to relax clients’ back muscles. The next room is dining room where buffet tables are full of local cuisine with many people sitting together, eating and talking among themselves. She explains that there are two different hot springs, indoor and outdoor. The rules being one must wash off first before entering pool, no swimming, and no clothes or towels in pool. The indoor pool is in center of room, large with few people sitting around. “Last but not least!” the woman excited throws open the double doors leading outside. The pool is full of steaming, almost glowing water.

No matter how the party engages with the town they will soon be confronted by an angry mob of townsfolk. The Mob will call out the party and attempt to arrest them, though the mob only armed with simple cudgels and rocks. If the party resists or asks why they are being arrested a mob member will tell the party that the party must be part of Mulva's gang because of their metal gear.   The mob can easily be calmed down by the party explaining themselves calmly without any skill checks, but if the group fights the mob before questioning them, there will be a DC 10 persuasion check required to stop the mob. A calm mob will explain the recent events described in the adventure background and Mulva's attacks on the town. If the party volunteers to defeat the gang, the town promises to reward them adequately.

"Mulva's gang has hidden themselves in Fort Gonklin further up the mountain," the townsperson points at the rocky façade above the town; a time-ruined keep clearly in view. "You can get there by taking the path north of town, but the mountain pass is inhabited by Demi-Sphinxes . They leave the town alone, but they hate the sound of Mulva's music. Because of the demi-sphinxes we've been too afraid to travel up the pass without our weapons, but you should be fine."

If the party asks for more details about the pass they will be told that it is a simple path straight to the keep with little in the way save for the aforementioned wildlife. The only exception is an old hermit who lives in a cabin on the path. The town does not interact with him except when he comes to town for supplies.

The mountain path is crooked and paved with gravel. Should the party decide to not speak with the hermit, continue to The Once Abandoned Fort.   Up the mountain, nearer to the fort than the town, sits the measly wooden cabin owned by the local hermit. If the party announces their presence before knocking on the door, the hermit will come out to see them.   Mordin is a middle-aged Half-Ogre, and former adventurer. He is tall with a long, bushy black beard. His skin is a light, greyish red hue and from his forehead sprout two short horns that appear to peel apart like pine bark. Mordin is somewhat gruff but will not begin a fight with the party. He has not been attacked by Mulva's gang, but shares that they have stolen from him, or rather stolen something important to him.   Mordin will explain that Mulva's magic has allowed the local aurumvorax to be captured. Mordin has been attempting to bond with the creature in order to harvest the metallic fur it sheds. An aurumvorax is a large, eight-legged badger like animal that feeds on minerals and gems in the mountain, and is generally a very aggressive creature. If the party agrees to set free the aurumvorax instead of killing it in the Fort, Mordin will show the party a secret entrance to the Fort.   Mordin will not enter the fort with the party or participate in any combat encounters.   On the way down the mountain, if the party does not take Mordin's secret shortcut they will be attacked by two demi-sphinxes. Demi-sphinxes are intelligent creatures that can communicate in common. The creatures can predict the parties movements and will chase the party into town if they attempt to run. Reference the Owlbear statblock for combat mechanics.

The Once Abandoned Fort

(No longer abandoned)
Fort Gonklin is protected by high walls on three sides and a cliffside on the fourth. It's outer walls are walkable and patrolled by a pair of bandits during the day, and left unguarded at night. The inside of fort is broken into three main parts.   -The Barracks The first floor that connects to the yard makes up what is left of the old garrison barracks. Here the gang eats and sleeps. After midnight, all 12 bandits including Mulva will be here. The largest bedroom belongs to Mulva and the chest in here contains all of Gonklin's stolen coin.   -The "Amphitheater" The basement level of the old fort has partially collapsed removing the outer wall. The effect of the collapse has turned the basement level into a makeshift Amphitheater for Mulva to practice her marimba. She will be here all day along with three bandit companions. This ruined floor connects to a hidden entrance that Mordin can guide the party to and avoid the Demi-spinxes outside.   Within the amphitheater is also a caged Aurumvorax. If let loose by bandits it will attack the party, but if the party is able to free it first it will turn on the bandits before escaping out the hidden exit.

Defeating Mulva's gang and successfully scaling back down the mountain with the stolen goods in tow will allow the players to complete their mission. After a safe return the town will throw a feast for the party and the townsfolk will gather up a large reward for each party member.   The players are welcome back in Gonklin whenever they please. 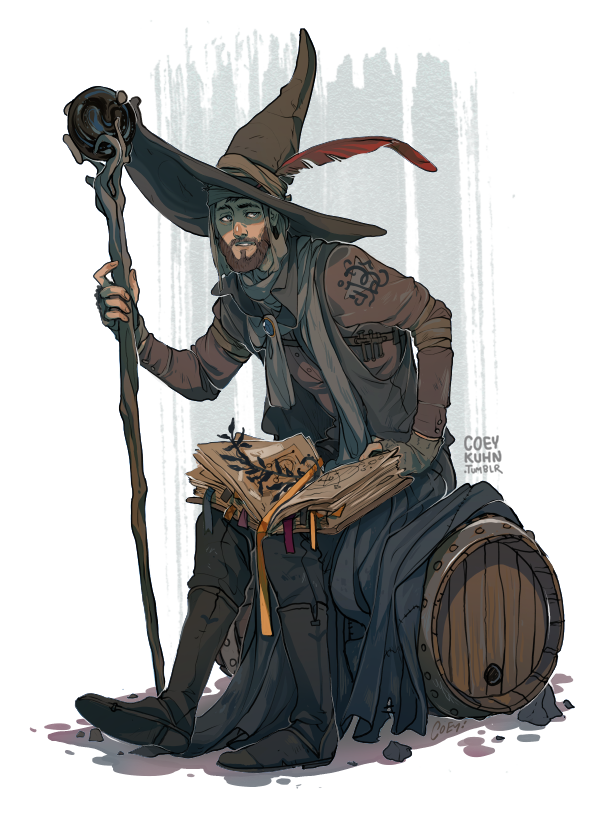 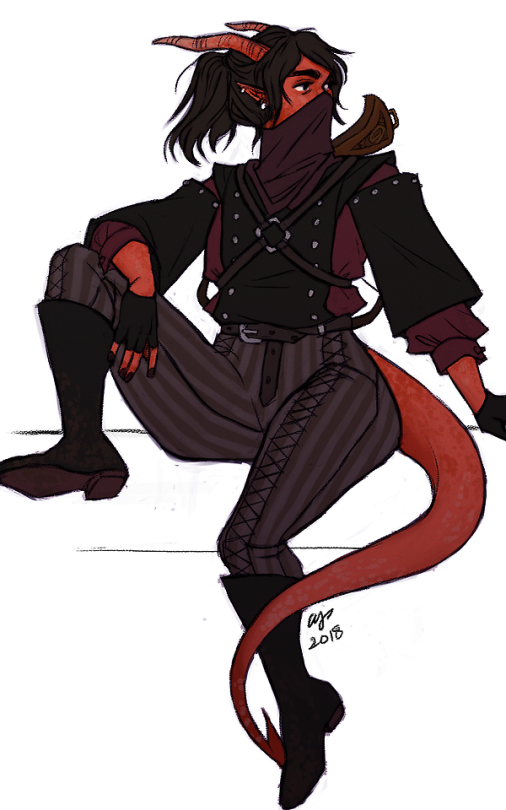 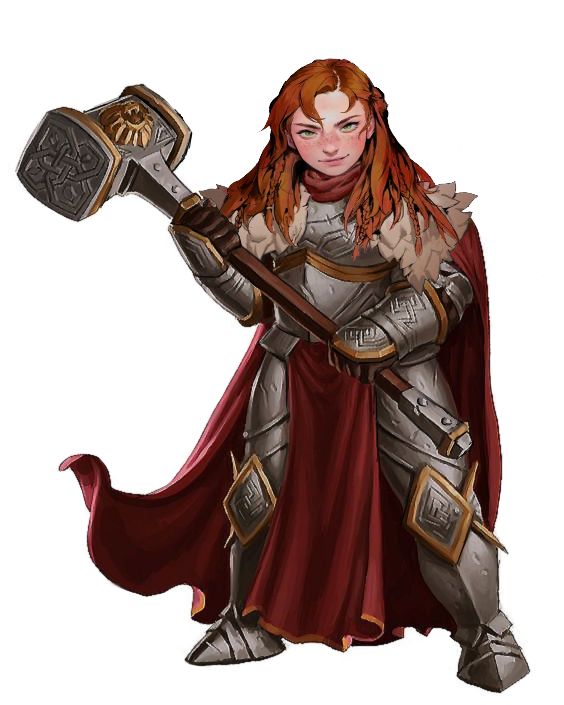 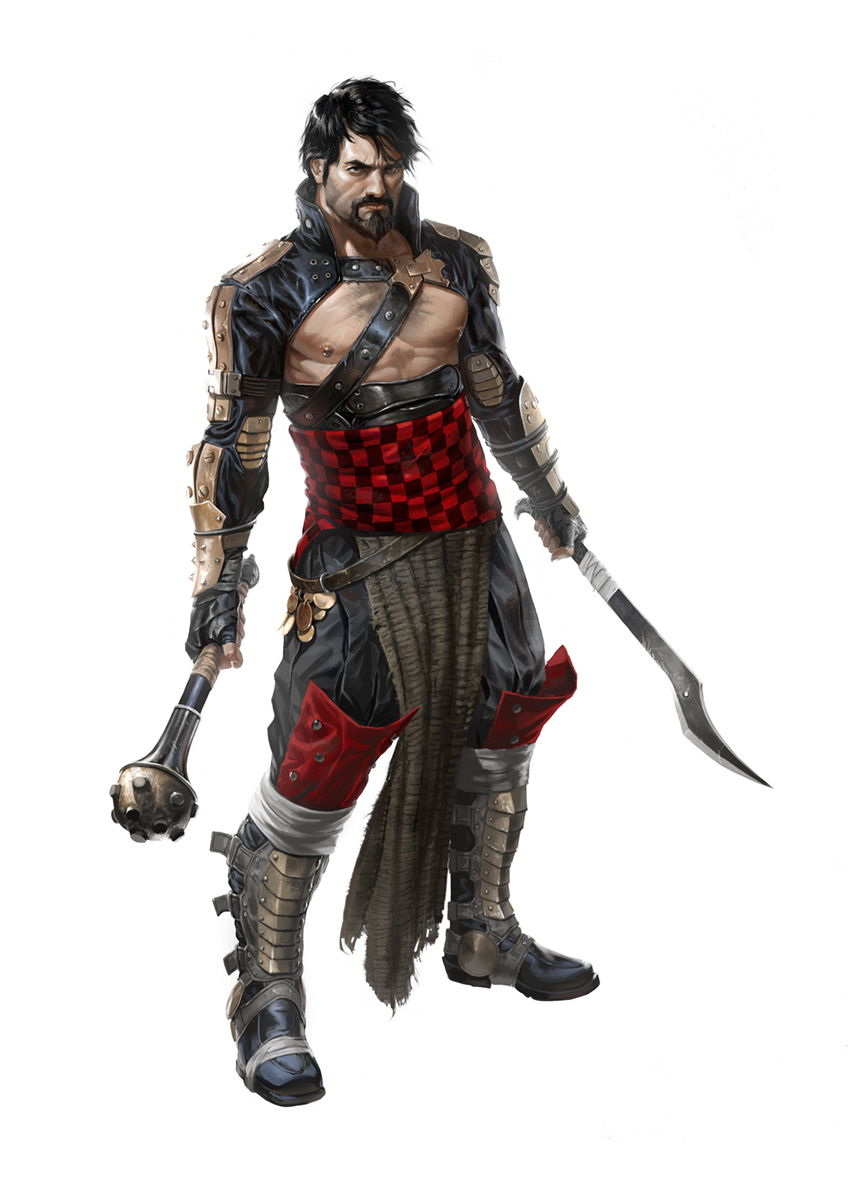 BALKHAN by Marko Djurdjevic
In response to the prompt Write a one-shot adventure for your world that is ready to run for a Game Master
Join A Lantern Broken Discord!
Cover image: by E. Jones

This is awesome! You had me right at

The heroes arrived in Gonklin to enjoy a luxury hot springs resort, but are confronted by the townsfolk

Yep, was hooked right there.   Nice work!
— The wolf of Tales of Justice, Creator of Legends of Elohey, Star Wars: Shards, Fiven Chronicles and more!