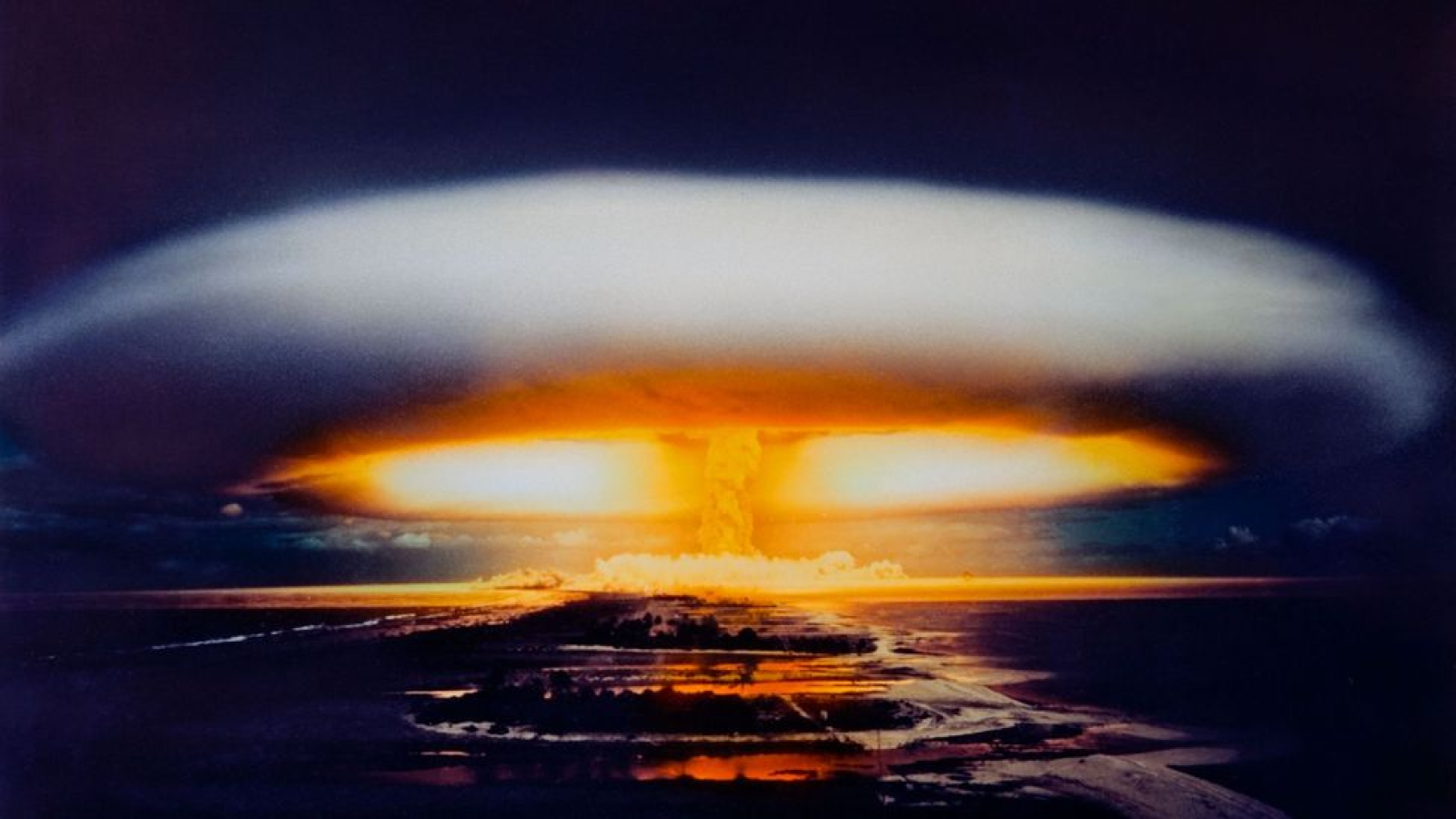 The War of the Long Night

The War of the Long Night was a terrible conflict that started in the year 2037. Originating in the Middle East due to remnants of Al-Quaeda & ISIS combined, it changed the world forever.

When an unknown terrorist organisation made up of the remnants of Al-Quaeda & ISIS combined in late 2036, they plotted at causing maximum carnage as quicky as possible. Taking enough time to be able to get old weapon caches, they infiltrated the nuclear facilities in Iran as well as the government there. At the same time, they infiltrated the city of Mecca and spent the next few months stealing fissionable material from the power plants, building short range ballistic missiles in the Empty Quarter of the Arabian Peninsula, and proceeded to wait. When they thought that they were in the best position they struck at the Saud royal family, and the Iranian government, at 6:13 Greenwich Mean Time. This allowed them to gain control over both Mecca and a source of more fissionable material, as well as Islam's most sacred site.   What they had done next drew the ire of the Western Powers. From the Empty Quarter they launched the ballistic missiles directly at Jerusalem, devastating whole sections of the city and many smaller satellite territories under Israeli rule. Men, women and children perished in their thousands, some directly in the explosions, and others, days to weeks later in the fallout.

The Western Powers retaliated by launching WMDs on Iran and Saudi Arabia. This wiped out the remainder of these terrorists, and sadly killed even more, whether by short-lived manmade diseases tailored to the local populations, chemicals that burned whole regions of organic tissue, or irradiated them beyond use. At the same time the Powers in the East looked on aghast and realised they needed to act to show that this would not spill over to erstwhile allies, and readied their own weapons.

Nearly every major city and military base was a target globally.

When the Eastern Powers of China & Russia seen what had happened in the Middle East, and the spill over of dangerous warheads that had been deployed, they quickly responded. WMDs of their own soared from military bunkers, satellites and hidden submarines. The West was prepared for such an attack as they knew the East had been supplying military aid, technology, and financial packages to the Middle East for decades at this point.   When the missiles where first detected the automatic response was to fire back. Again, each warhead had a specific purpose, whether nuclear, biological or chemical. Some was to terrorise the opposing side, others to cause area denial at least in the short term, and the remaining to cause maximum damage.

Nearly all the targets were decimated to some degree. Nearly all life, especially human life, were wiped out. Buildings were destroyed, food & water contaminated, transportation & medical centres were wreaked cut off. Most still survived somewhat intact, but the collective psyche of the survivors was forever damaged of not broken. No side was left unscarred especially when 2.5 billion people were killed in a single stroke.

Shortly after the war broke out, many of the nations involved sued for peace. Scuffles between forces still took place and the fallout caused by the weapons nearly ruined whole regions leaving visible marks from space, along with the environment of the planet as a whole was left in a minor ice age that did nothing to alleviate the long-term effects of global warming.   Many mutations and genetic damage have been done in the populations of regions hit by the WMDs. In some creatures this has led to one-off mutants, in others it has created whole new species to evolve. Some regions are also completely uninhabitable even now decades later, and flair ups of chemical poisoning or disease outbreaks happen. Some of the cities have had to quarantine parts or seal them of. Some have been demolished and/or rebuilt.

Many of the regions affected by the war has led to shrines & religions taking root. Other regions have been left to fend for themselves. In most cases many nations are adverse at using WMDs preferring other equally dangerous weapons with less long-term effects. With regions & nations that have lost key infrastructure and/or civil service or governmental bodies, other such groups have filled the power vacuum. Many professional commentators have mentioned over the years, many extremist political parties have filled the power vacuum. These range from fascist parties to ultra-orthodox / hard-line religious parties. Others are led by warlords or mega-corporations filling the roles. Others have turned to feral groups, monarchies, feudal systems, or crime syndicates. In a few there can be different groups of these vying for power.   Most nations have also turned to the void, looking for other planets to wage war on & settle differences, or to look for resources. They also know that the previous generations have messed with the planet so much, humanity needs to expand its territory to other star systems to survive. This and the fact that the damages wrought to Earth has led some, especially some mega-corporations, to start genetically engineer specific traits in some to survive better on Earth or other places outside. Also, this gives them a chance as well to try breeding super-soldiers too, in an attempt to making war much less reliant on WMDs. On top of that, some have started to make major investment in better & more complex AI and autonomous machines that can do the job of humans instead.    In the latter two cases (genetic engineering & machines), there are quite a few advanced systems now for these. In the near future, only time and the gods know what will become of them.
"I saw the effects of that war. It was horrific. Whole parts of London ruined. The Thames temporarily boiled off in the centre of the city. Parliament, Big Ben & the London Eye turned to slag. And at the edges of the epicentre, those that survived turned, becoming something akin to ghouls hungry for fresh food. That also included us, those scabbed blistered almost hairless things shambling towards us en mass looking to do nothing more to eat us where we stood.   Never again would we use such weapons on our fellow man. It made us change our attitude, to look to a brighter future. Sadly, those scars will exist for a long long time to come. How long I don't know, but years if not decades or centuries, we'll still be dealing with those scars."   Max Pullman, London survivor of the WMD attacks.
Conflict Type
Military Campaign
Start Date
23rd of April 2037
Ending Date
7th of October 2037