First started in December of 2017, Worldember is a challenging and grueling competion, originally to write 6000 new words in your world from the 1st of December to the 31st.   Originally, three Badges were given out.

Worlember Competitor Granted to any user that broke 6000 words written in new Articles for the month.

Worldember Winner Granted to the user with the most favorites on their World during the month.

Novel Achievement Granted to any user that broke 50,000 words written in the month. That's a lot of words! 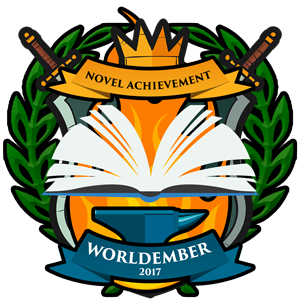 First begun by Dimitris Havlidis and Janet Forbes, Worldember began as a way to challenge and inspire the Community As the first real Competition on the site, many regular conventions of Competions were not yet codified. Here, the first iteration of the Word Count Meter was born, as well as the seeds of the Community Feature, such as commenting!

World Anvil Account Used for making worlds, a WA Account must be activated to partake in the challenge.

Inspiration Use $inspire on the World Anvil Discord, or checkout the #worldbuilding-prompts channel for inspiraton!

Keys to Success The best way to ensure people read and favorite your articles is to share them! Stats show that a properly formatted article that is shared on social media or with other users is able to get 1 favorite for every 30 views.It's not a perfect science, nor and exact art, but sharing is the best way to improve.
WorldAnvil

While informative, this article was also written for the 72 hour flash challenge to use the WA Competition Page!

But its so good! Its Meta! Can you not see it?!

You have my hearts.

That's all I require.

Is everyone automatically participating or do you have to sign up?

As long as you have an account, the site will automatically track your overall word count of all non-draft, non-private articles over 50 words.