The famous chaotic painting that caused a town to be 'cleansed' by The Originator's Order.

The Chaotic Order, a mixed media painting by Maudeleyn Brokker, features the depiction of the The Originator's Order as an evil and chaotic entity, seeking to control and enslave the people of Orlend. 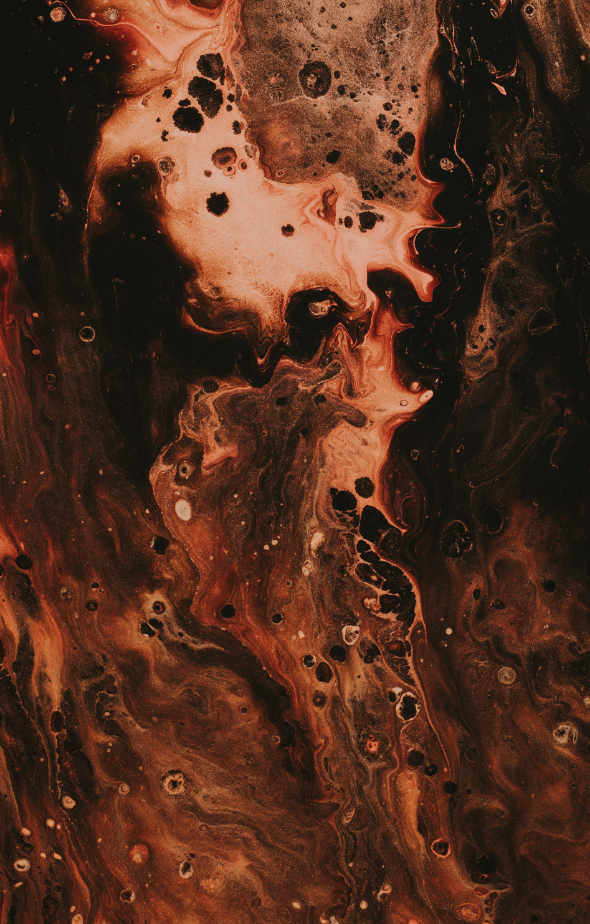 by Paweł Czerwiński on Unsplash

The likes of this art style had never been seen before, and was unveilled in Tarnton's fammous art festival alongside paintings and sculptures from fine artists across the isles.   The painting shocked and horrified the art community, and word swiftly reached the ears of The Originator's Order who came marching into the gallery looking for the artist. They arrested Brokker on sight, and took her (along with her portfolio and masterpiece) away for judgement in their Chaos Confiscation Cart.

This arrest sparked headlines to spread across The Isles: The Taint of Tarnton . The Originator's Order did not stop at Maudeleyn Brokker's arrest, they returned to Tarnton with ten confiscation carts and purged the entire town of chaotic trinkets and artefacts. Townsfolk were given until sunset to bring forward their items and they would not be judged or arrested. Folks who didn't had their homes forcefully searched by The Originator's Order - if any items of chaotic nature were found, they were in big trouble.   Ever since the Taint of Tarnton, the small lakeside town has been a shining example of orderly life and virtue.

After the confiscation cart unloaded Maudelyn Brokker and her life's work, The Chaotic Painting and the portfolio were moved into an evidence holding room to be reviewed pending Brokker's punishment. Maudelyn was locked up in Aldgate Prison under high security for promoting blasphemous propaganda.   On the morning before her trial, an alarm was raised as the guards discovered that The Chaotic Painting and numerous portfolio sketches had been stolen, with no sign of forceful entry to the room. Maudeleyn Brokker was blamed for this disappearance and was hanged for the use of chaotic magic to interfere with investigation. The work is still missing to this day.
Log in to World Anvil to view bonus content and secrets!

The state religion of Orlend, and a guide to living an orderly and virtuous life according to The Architect's plans.

Articles under The Chaotic Painting

The purging of chaotic roots from the peaceful village of Tarnton.