Callie feels the crackle in the air before she hears it. A tingling sensation darting across her thick, leathery hide, static pulling strands of hair loose from her tight braid. The sour taste on her tongue, metallic.

All of those sensations combined are enough of an early warning, one that Callie thinks best to heed. She glances around, eyes darting quickly from one bandit to the next, desperate to find the first spark before it flies.

There, she thinks, just as one of them pulls back their arm.

In the palm of their hand sits an orb of lightning, pure energy coiled and ready to strike. Callie ducks into a roll, tucked as tightly as possible as she dodges to the left, and as the bolt passes just overhead she hears the thunder roaring in her ears. Close. Way too close.

Affinities refer to the magical essence of nature. From the oceans surrounding the continent, to the volcanoes rising high above the plains of Ca’astan, anyone can see the essence of nature in play in the world around them. It takes a talented and focused person to wield that essence and turn it into the arcane.

There are four different archetypes for affinities:

Usually, affinity arcanists will only be able to wield the essence of one of the above archetypes. There are exceptions, specifically among the beastfolk, where some extremely powerful individuals have been recorded as wielding essence from two of the archetypes.

The archetype that an affinity arcanist uses is that of the element they feel most connected to.

Each archetype is further divided into their independent natures - these are commonly referred to as lesser affinities. Every affinity arcanist will have an archetype and a lesser affinity which determines what kind of powers they can use.

The fire archetype is seen as one of the more volatile archetypes amongst the general population. Those that are actually capable of utilising this archetype know better. Any affinity has its violent uses and those that fall under the fire archetype are no exception, but they also have a number of other practical applications.

Recorded lesser affinities for the fire archetype include: 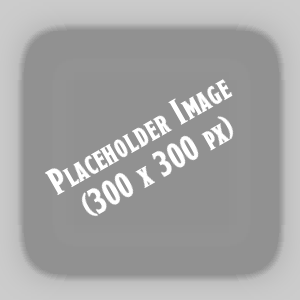 The earth archetype is seen as the most stable of all the archetypes. The general populace widely trusts those that wield a lesser affinity which falls under the earth archetype. Ironic then, that arcanists capable of wielding these powers have been involved in far more wars and conflicts across Ma’rune than any of the others has, in part due to the control and buffs that its lesser affinities provide.

Recorded lesser affinities for the earth archetype include:

The water archetype is seen as a middle ground. To many, they regard it as the most balanced, whilst others recognise the volatility that comes from some of its lesser affinities. For the arcanists that wield this archetype, they believe it to be the most graceful of archetypes to hold.

Recorded lesser affinities for the water archetype include:

The air archetype, much like the fire archetype, is seen as quite volatile by the general populace. In reality, utilising lesser affinities under the air archetype takes a great deal of control and intimate knowledge of the affinity itself. Arcanists that wield this archetype understand that air has the capacity to cause a great deal of destruction, but that it can also be used as a means of protection.

Recorded lesser affinities for the air archetype include:

Calling someone an affinity arcanist is quite a broad term, isn’t it? There are so many recorded lesser affinities, and probably dozens more even rarer ones that have yet to be uncovered, yet we group these individuals together under a single name.

I mean, just look at pressure arcanists! A very recent addition to the wind archetype, yet here we are grouping them in with the rest of the affinity arcanists. First of their kind (most likely) and we don’t even have the courtesy to call them something else. Something more suited to their ability.

Affinity arcanists are the most common form of arcanist. That is, in part, due to how broad the category of ‘affinity arcanist’ is. If they were to be categorised solely on their archetype, then they would be considered just as uncommon as a lifeblood arcanist.

Because affinity arcanists pull draw upon the essence of nature, they are the least feared by the general populace. No matter where an affinity arcanist travels, or what lesser affinity they control, odds are the people will leave them be. Though there are many exceptions to this rule (again, because there are so many variations of lesser affinities). General opinion will be based on a number of things: