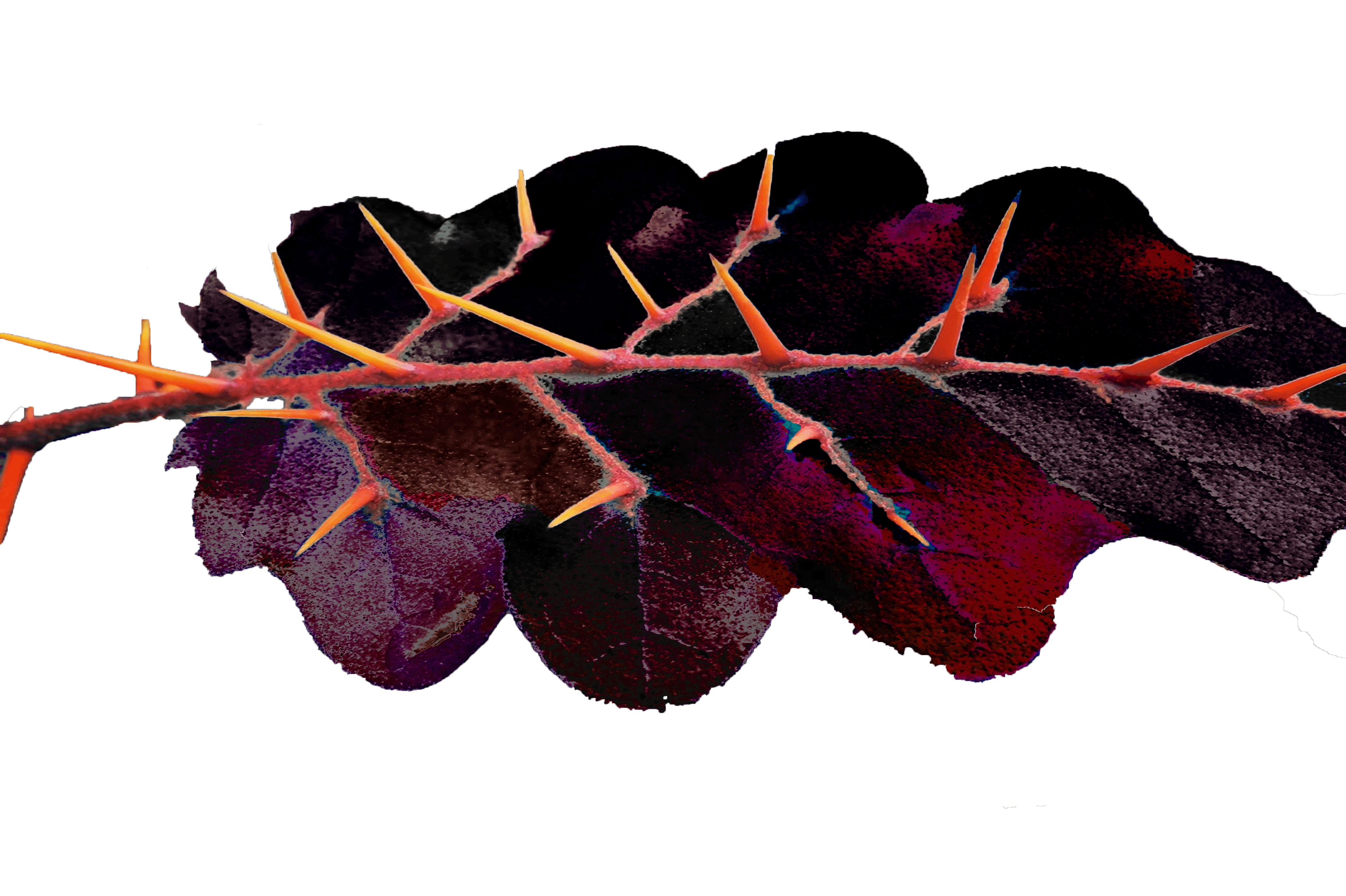 It is imperative to avoid contact with the organism known as Rea Thorns found across 'Aamon'. The plant and poison is impervious to all magical means of healing with no known cure.


By issuing this notice, the Guild discharges any responsibility.
Sibyl Callan
Archivists from the Guild of adventures

The name 'Rea Thorn' originates from the 'common language' term 'rēpər'/Reaper, due to the inevitable and agonising death inflicted on victims from the poisonous thorns/spines. The contagion/poison concentration level, estimated at EL99%, records the compound concentration at 98% toxicity with a classification category of zero.   Toxicity levels are measured with five classification categories which scale the level of severity of lethality. The classes range from one to five, with five being the least lethal; however, on rare occasions, the classification category for toxicity is marked at 'zero', which refers to the zero-length of time that any person can be exposed to the toxin.   The poisonous thorns/spines toxicity is rumoured to be so powerful that a scratch doesn't need to pierce the skin to inflict the inevitable, magically uncurable agonising death. Therefore, 'Rea Thorn' was named Rea from Reaper, one of the mythical bringers of death colloquially known as 'The Grim Reaper'.   The 'Rea Thorn' is only indigenous to 'Aamon' and isn't considered a natural plant due to its demonic nature and rumoured beginnings. The Rea Thorn is a sought after rare component/ingredient by magical institutes, alchemists and toxicologists. The origins of the 'Rea Thorn' are shrouded in myth and legend.   One such legend is that the 'Rea Thorn' is formed from the horrific slaughter of tens of thousands of innocent people buried alive, and now their blood seeps from below, tainting the land. Another myth is that the demons Taribatum, Kimaris & Aamon fought for supremacy in the underworld and the demonic blood seeps from the underworld.   The Rea Thorn has unique properties which vehemently and violently react with healing magic and cannot be cured by magical means. An attempt to use healing through numerous magical means such as; a spell, potion, or other mediums will result in extraordinarily volatile and drastic results for the initial victim and potentially for the individual wielding the magical means used to avail the victim of the 'Rea Thorns' deadly grasp.

Rea Thorns are a rare commodity. Since 'Rea Thorns' can only be found in 'Aamon'. Due to the environment, myths, legends, and horror stories surrounding 'Aamon' and the plant's deadly nature, the understood use cases and uses of Rea Thorns are highly restricted. Therefore, Rea Thorns' volume is minimal, and the general demand is limited although sought after by select professionals. The exercise of collecting the plant is considered a suicidal mission.   Potential uses of Rea Thorns include:
Plants

Please note: This world is under construction, having only recently been created as a new project.
If you would like to find out more about Aamon check out the below article: Aamon's Reach
Please Login in order to comment!

This is a nice toxic plant :D And the legends of its creation sound interesting!   Some notes I took while reading the article:   "The contagion/poison concentration level, estimated at EL99%, records the compound concentration at 98% toxicity with a classification category of zero." It's good that you're explaining just after that what the category zero means. However, I would also appreciate more explanation for what's just before. Even with the tooltip, I'm not very clear what those numbers mean exactly, as I'm familiar with LD50 and LC50 (which are the ones normally used for poisons and toxins) but I can't find anything on EL% (which appear to be used more for genetic phenotypes?). You could try to give some concrete number like x ug are enough to kill an average size adult human, as this is going to be more representative for most readers.   Small notes about the structure of your article: I think you could reorganise that slightly, as you tend to speak about one idea then go to another idea and then come back to the first idea. You could start with a paragraph on the etymology of the name, then your paragraph 3 saying the plant got its name from the grim reaper because it's super deadly. This give you a nice transition to a second paragraph that would give the toxicity numbers and explain category 0 (currently part of paragraph 1 and paragraph 2).   Same with the next section, separate fully the legend of the plant creation and the section on uses.   I think you could also clarify whether the plant is in high demand or not, since you say both in different places :D Is it maybe the general public that doesn't care and only the mages and alchemists that want to get it?

Interesting plant :) You created a nice link between its extreme poison and the myths related to it. I would start with a summary though and put the toxic information in its own section. Also the use by alchemists as an ingredient could be moved to the uses section. Nice read;

Hello! That is a scary plant, congratulations for your work.   Regarding the form of the article, I think you did well enough. i'd say you could always add a few images, but this because I'm a visual person. Otherwise, the use of the tooltips was informative. I'd only suggest you to reread the name of the plant: sometimes you wrote it with quotation marks, sometimes you didn't.   As for the plant itself, it definitely seem dangerous. I guess some explanations on why magic doesn't work would be useful: is the poison itself magical? Or antimagical, on the contrary? Is that even known by the people from this world? When you mentionned the plant's price estimation, is it a price per pound of plant? per plant in a pot? Is it about dried plants ?   Finally, I suppose it is late for that but you could have added some details about the plant's uses: the methods used to extract poison, what its purpose exactly is in demonology research...   Still, pretty good work all in all :)

Oh my, you can murder so many people with this! o_o It just will cost you a lot of people to get it ready first.