The Fanatical Empress of Kfandr 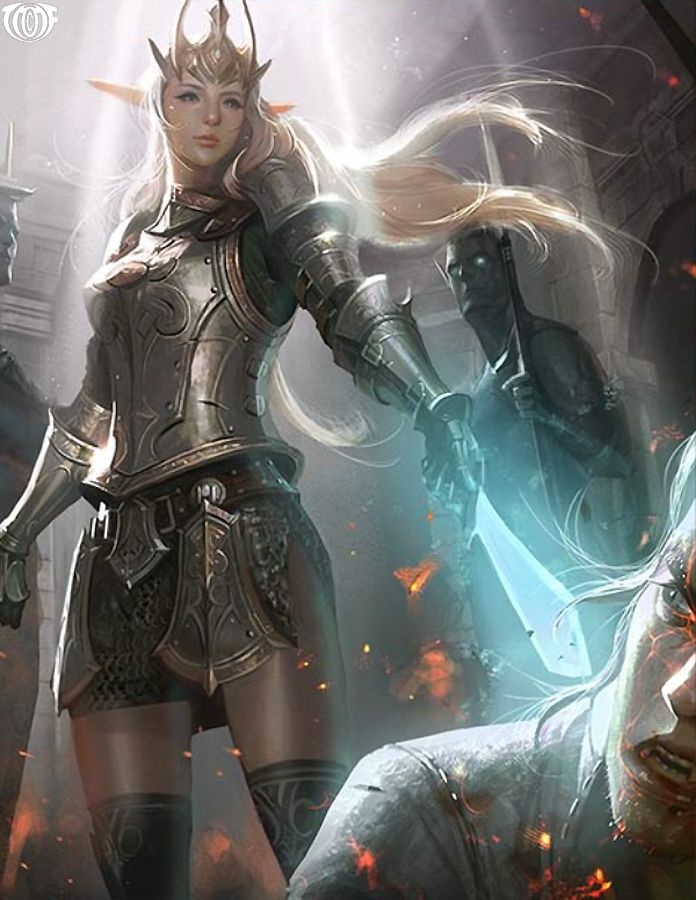 Sfeiða is the daughter of Freðman II and the current ruling empress of the Empire of Kfandr. She is a mature and imposing woman, especially standing a full 170 cm tall. As a vindral that tall, and with her dominant personality, she makes for a commanding figure.

The empress has stark facial features and always wears what appears to be a hostile scowl. She's an exceptionally skilled speaker and has a talent for rousing masses and and swaying public opinion. No one dares question her and any opposition is swiftly put down, often publically. Her authorative way of speaking, together with her apparent confidence allows her to defeat almost any opponent through sheer dominance.

She is most known these days for being a fanatical and extremely driven lysianist, devoted to turning the empire into a theocracy.

Sfeiða was born the daughter of the emperor Lókur Freðman and his bride, princess Alys Veþekk of Bengeirr. She was raised as any royal heir would be and received the finest of educations available in the land and was taught to be a loyal lysianist.

Sfeiða grew up having few friends and parents who were never around, as her father was busy ruling the empire and her mother was always elsewhere on political business. Her only true friend was her chambermaid and she was the only one she could really talk to. Sfeiða often confided in her many secrets and there were scandalous rumours among the servant staff that there were more than just friendship blooming between the young heir and her maid.

Their relationship lasted for two years, before the maid was exposed as an arnian separatist spy. A political enemy of the emperor had uncovered proof that the maid had access to restricted areas of the palace through Sfeiða and had used the young heir as a source of information. With this information, the maid had aided separatist operatives to smuggle weapons and supplies to Arnþórr.

Sfeiða was devastated. Her only friend and love turned out to be a traitor. A traitor who manipulated Sfeiða's feelings to extract information that had helped a foreign power. In her despair and anger, Sfeiða herself ordered the execution of the maid. Only weeks later it was discovered that the so called "proof" against the maid had been fabricated by the political enemy in order to expose Sfeiða's scandalous relationship with the maid, hoping that she would come to the maid's aid. The plan backfired since the young heiress didn't not protect the maid.

However, the realisation that she had murdered her innocent lover threatened to throw Sfeiða into a deep despair from whence she would perhaps not recover. She devoted herself to her faith in order to keep herself sane.

The young empress' teacher was Vrækæ the Flame, an old and knowledgeable priest of Eri. However, he also held some very strong opinions on how the goddess was to be served, and was a follower of Ohria. For this reason, Sfeiða was taught a much more unforgiving and harsh version of Lysianism, which helped shape her into the unforgiving and authoritative individual she became.

Together with the teachings of Vræke the Flame and Sfeiða's own feelings of inadequacy, she was shaped into someone who relied fully on faith to drive her.

When Lókur's health deteriorated to the point that he was no longer capable of running the empire, Sfeiða was coronated ruling empress of Kfandr. She immediately moved to strengthen the church of Eri and reshaped the chain of command in a way that she considered much more efficient.

Over the course of her first ruling months, Kfandr turned into a borderline theocracy with her heavily strengthening the judicial position of church representatives, working with the patriarchs to canonise and make official several apocryphal texts, shifting the Lysianism from a relatively benign faith to an authoritarian and vengeful one. She established the Swords of Justice as a theocratic authoritarian police force and placed Vísundr Vrækæ as the High Archon of them, putting him in direct command over the Sworders with orders to rout out injustice wherever it was found.

The aging imperial consort, Alys Veþekk, looked at her daughter, the empress of Kfandr, with her fading, gray eyes.   "Sfeiða, listen to me. What you are doing is wrong! Eri never meant for these harsh sentences and this oppression..."   "Silence, mother!" her daughter's commanding voice was like a whip. A whip from an authority that did not tolerate questions. "I am the empress now, and for too long father allowed this great empire to rot and fester in heresy. I will restore Kfandr to what it once was!"   Alys sighed, her shoulders suddenly shaking with cough. Her silvery, white hair fell over her tired face as she fell back to the pillow. Her alabaster skin, still soft and smooth as a child's, almost glistened in the moonlight. Sfeiða, for a moment, looked at her mother and felt a sting of pity for the old vindral. She quickly shook it off, as Alys spoke again:   "You are indeed the empress. I will not argue with you, daughter. Let the goddess guide your way, Sfeiða. Listen to her! Let her help you!"   Sfeiða turned away from her mother, put her hands behind her back and looked at the city outside the palace window. She frowned at the empty streets beneath her.   "Oriah has given me all the guidance I need."

Sfeiða is someone who does not tolerate those who oppose her or those who are not absolutely and unquestionably loyal to Eri and the church. She has seen her father rule the empire with the guidance of the more lenient tenets of Lysianism; The Scales and The Book. The empire has prospered, but in Sfeiða's eyes, it has also lead to a populace that is not as devoted as they should be. The Arnþórr situation has helped fuel her feeling that the people need to be steered right, by force if necessary.

Sfeiða herself was always a fiery individual and, uncharacteristically for a vindral, very emotionally driven. She strongly believes that her father was too lenient on the populace, neglecting the parts of the faith and teachings that were supposed to bring the people in line and keep them on the narrow path of balance. 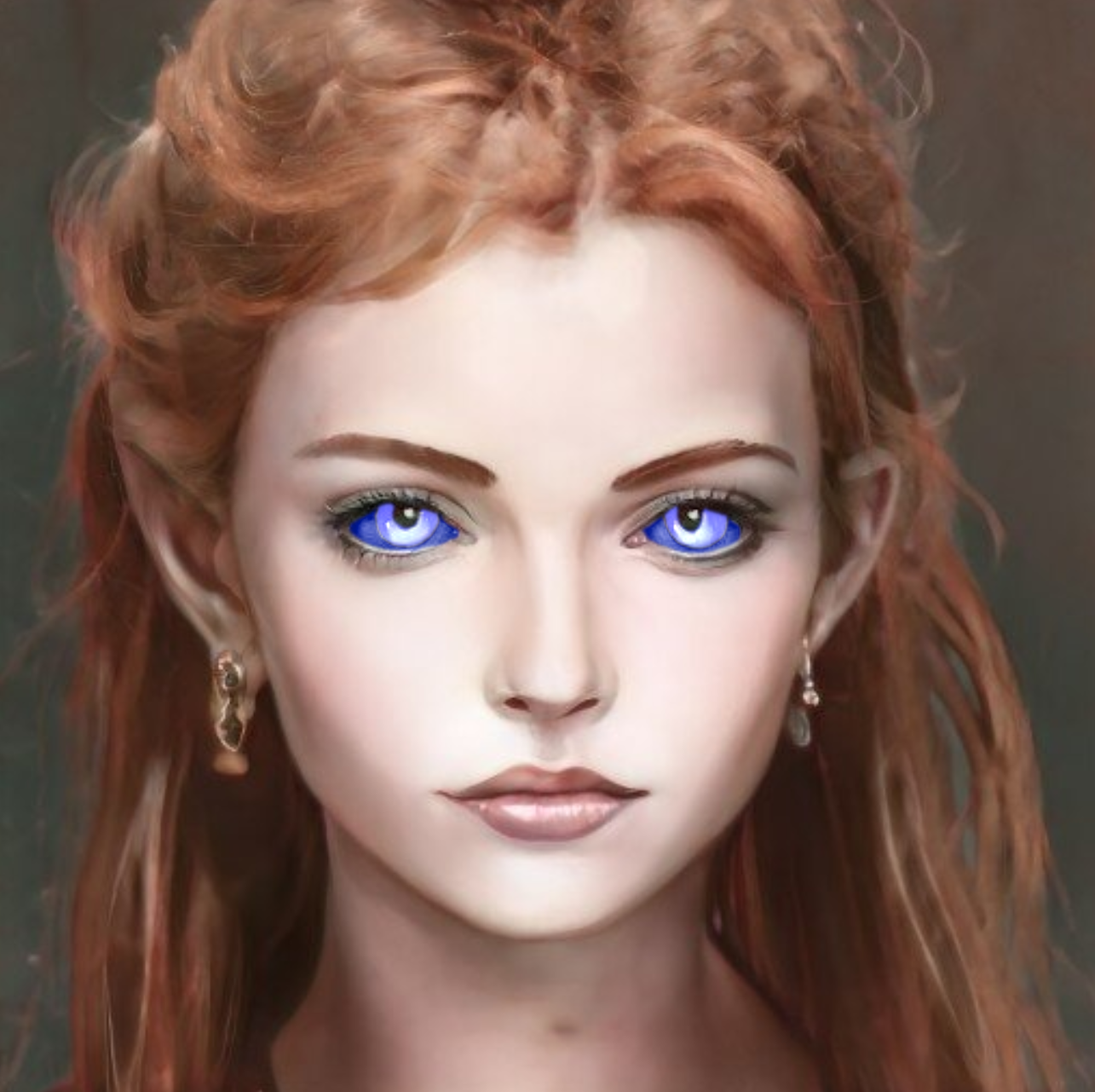 The dominant nation in the Gimroan Basin.

The judicial branch of the Liðr Lys religion, recently by the empress of Kfandr turned into a band of frothing zealots with terrifying authority.

The Path of Balance, the dominant religion in the Gimroan Basin.

Vísundr "the Flame" Vrækæ is the High Archon of the Swords of Justice, the judicial branch of the Church of Eri. 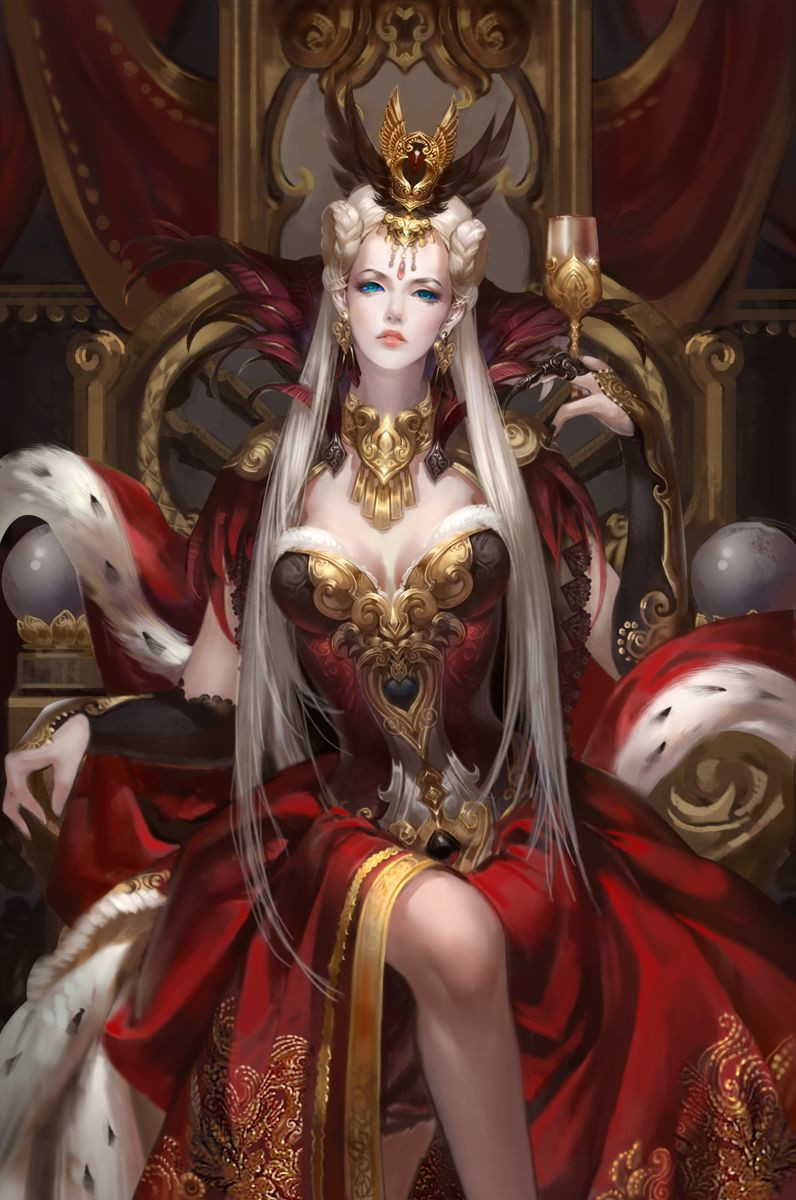 Response to her actions

While Sfeiða's moves to strengthen and radicalise the faith is seen as very positive by the entire clergy, some of the more radical and oppressive decrees have been questioned. Since the church and state were separate, the nobles had no influence over what happened to the church and the clergy had no say over what happened politically. That was until the empress made the clergy absolute over politics, effectively turning Kfandr into a theocracy. Together with High Archon Vísundr, Sfeiða installed herself as the High Matriarch of Eri, essentially turning her into the leader of church and state.

With Sfeiða being empress and matriarch (a title that did not exist before she was appointed), she now has absolute power over the entire country, and with her extensive financial and political support to the clergy, she has almost unanimous support from them in everything she does, even though not everyone might agree with her every decree. The support is simply too valuable to give up, so any opposition is quieted down by the rest of the clergy.

The nobles initially protested their apparent loss of autonomy and demanded a session with the empress through The Council of Speakers. They met with the empress to discuss this bold move by her, which resulted in Sfeiða threatening to execute every single consul as heretics for questioning the goddess. Realising that she was well within her power to do this as she controlled both the Swords of Justice and the imperial army, they begrudgingly accepted her new position. It is very clear that the nobles have not accepted the matriarch title, but they are currently powerless to act or even openly object.

Under the rule of Freðman II Kfandr had good relations with most neighboring countries as he was a very skilled diplomat. Both Khamad and Kfandr are under heavy political pressure to keep Roþ's Pass open for merchants and caravans, which locks these two countries out of making any kind of move against one another. War between Khamad and Kfandr now would mean that all trade between the Gimroan territories and the peninsula would have to be by sea, which in many cases is much longer than simply going through the pass. It could also drag other nations into the war, as they would attempt to protect their trade route, leading to an all out world war. So while neither party really likes one another, Kfandr and Khamad have been at a stable peace and King Bok'na dan Adon and emperor Freðman were perhaps not friends, but respected acquaintances.

Sfeiða on the other hand has a completely different approach to diplomacy. While her father would deftly navigate a tense situation by finding clever compromises, her solution is to dominate and threaten, which is has soured Kfandr's relations with Khamad significantly. Other nation's leaders have found themselves treated the same way and Kfandr is now finding itself at the ire of almost every neighboring nation.

The empress isn't stupid. She would never boast and threaten this way if she truly believed that anyone could threaten the empire, but what she isn't considering is that the nations might drop their squabbles and unite under the age old adage of "The enemy of my enemy is my friend". For now, though, the other nations of the world are simply gnashing their teeth in anger, rather than waving their swords.

Great stuff!!!   What I would like to know more about is the context of which she finds herself in. How is these fanatical degrees seen by the other powers in the empire? Do nobles support or oppose her? How does she deal with them? Is there an organized church, and what is their stance? Has she radicalized them and sort of encouraged their worst tendencies, leading to them making an inquisition? I'm sure they are thrilled with the theocracy part, but perhaps not the brutal oppression of people part.   And what of neighboring countries? All in all; how does she interact and react with the world around her? :)

All great questions! I'll get working on that ASAP!