Sanret was known to be a gambler, hustler and an insufferable womanizer. It is said that even before he was made governor of Nabak, he hung around his father's court in Brugh, causing all kinds of scandals with every woman in the castle.

He was constantly drunk, threw expensive parties at his father's expense and slept with anything female. He was brash and impolite to everyone, including his father. He believed that he was untouchable because of his status.

Sanret's fath er however risked severe damage to his reputation and status if he allowed his son to continue unadmonished. In spite of several very stern talking to's, Sanret continued his clearly immature and brazen living. Eventually, the stain on Da'Goeva's honor became too severe, and he banished his son to Celenia. Most everyone knew that Sanret was banished for his behaviour, but the official story was that K'pal gave Sanret the title of governor of Nabak. It had the effect of getting Sanret out of the house and far away from being able to tarnish his father's honor anymore.

The search for power

When the Makla'nor arrived in Nabak he largely ignored them and put them in Commander Kyave Din'el's care. She sent them out to find who was attacking the southern farms. During this task, the Makla'nor found an ancient construct, an artifact of a lost time that sent them to another world. Their arrival in that world sparked the interest of the Saydarim and they sent Prophet Vayne Seleya to investigate.

She found out that the Makla'nor had been sent by governor Da'Goeva and approached him under the guise of being a messenger of the "true gods". Sanret, desperate for power and a chance to prove himself, was easily swayed.

This intrigued him greatly, as there was one thing Sanret craved more than carnal pleasures, and that was power. He could finally prove his worth to his father. If he gained this power he could go back and prove to his father that he was not a failure.

Sanret forsook everything to pursue this power. He completely abandoned Nabak, leaving it in the hands of confused councillors while he took most of the guard with him for protection as he dove into the secrets of this alluring power.

The Saydarim and the first Coven

Vayne and her lieutenants, including commander Atlar observed his frantic search for the key to this power, steering him in the direction they desired. The Makla'nor, at this point, were forgotten about. Seen as nothing more than that which opened their eyes to the renewed incursions into the Shadow Realm.

Over the coming months, Vayne adviced Sanret to bring in more people to help with the cause. He did so by individually approaching the councillors and whatever other nobles were in Nabak. Eventually, they had gathered up a small coven, comprised of Khamadian nobles.

They holed up in an old chapel ruin to the far south of Nabak and Sanret, by guidance of Vayne, set to creating a rift in the Veil in an effort to bring Shadebeasts into Dunia and help them establish a foothold. Unfortunately for Sanret, the Makla'nor had realised that something was afoot and had uncovered enough evidence to prove that Sanret was involved in what amounted to treason.

The leader of the Makla'nor, noble by heritage, challenged Sanret to a judicial duel. With the help of Lieutenant Marek Tyving, Sanret's right hand man and administrator, they had dug deep into Khamadian law and found a way to remove him from power within the bounds of the law.

The only thing standing in their way was Commander Kyave Din'el, a loyalist and woman of principle. Sanret could call on her to champion for him, and the Makla'nor wished not to hurt her or any of the Nabakian soldiers serving under her. They spoke to her, announced their plan to challenge the baron and she agreed that in light of the evidence, the challenge was just and that she would not interfere, nor would her men.

Overconfident, bolstered by his mystic abilities, Sanret laughed and answered the challenge. The duel was brief and brutal, with the baron recieving several fatal blows within the first few exchanges, his mystic powers unable to protect him from the skills of the fearless leader of the Makla'Nor.

The baron died, bleeding to death, on the town square outside his own residence. 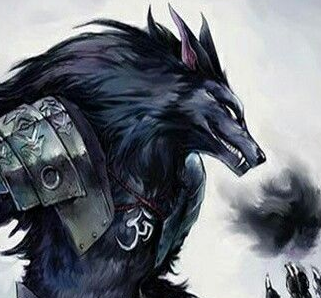