Lieutenant Tyving is a nervous, but attractive, young man that primarily works as an administrator in the outpost.

Marek is a man who fits not a single stereotype. As a Khamadian officer, he's expected to be loud, brash and confrontative. But Marek is quiet, shy and usually folds in verbal conflict. As a vindral, he's expected to be cold, calculating and reserved. But Marek is unusually expressive and speaks with a distinct vocal melody. He's shy and diminutive, yes, but has an unusual warmth about him.

The reason for his highly unusual demeanor is that he isn't Khamadian at all. Marek was born in the Fodjan capital of Wagrad before being recruited into the Khamadian nobleman K'pal Da'Goeva's service in Khamad. His conflict-avoidance and diminutive manners are all from his Djani upbringing. The Djani may be subservient to the loud and brash Khamadians, but they've taken on none of their cultural traits, being more like Kfandrian than Khamadians.

Lieutenant Tyving is, for the lack of a better word, adorable. His boyish, smooth face gives him an innocent and cute look, but he's clearly an adult man with responsibilities. He's objectively handsome and in spite of his lanky frame, well trained. His chestnut hair is cut short, as is traditional for vindral males and he always dresses properly. He is keen to look after his uniform and he is always well groomed.

The only thing detracting somewhat from his handsomeness is his somewhat hunched and shrinking posture. He looks like he would want nothing more than to disappear of the face of Dunia. Especially if something has gone wrong that he has to deal with. Most Khamadians find his passiveness somewhat offensive, but not as extremely as an Irdárian would. They would likely take it as a grave insult.

Marek is, first and foremost, a soldier. He is well trained in shield and spear and spends many hours of his off-hours to practice and spar with his fellow soldiers. However, most of his time is spent in the offices of Sanret Da'Goeva, to whom he serves as administrator and errand boy. Marek is extremely organized and has the ability to keep an enormous amount of information in his head at any time, almost functioning like a living library of information. 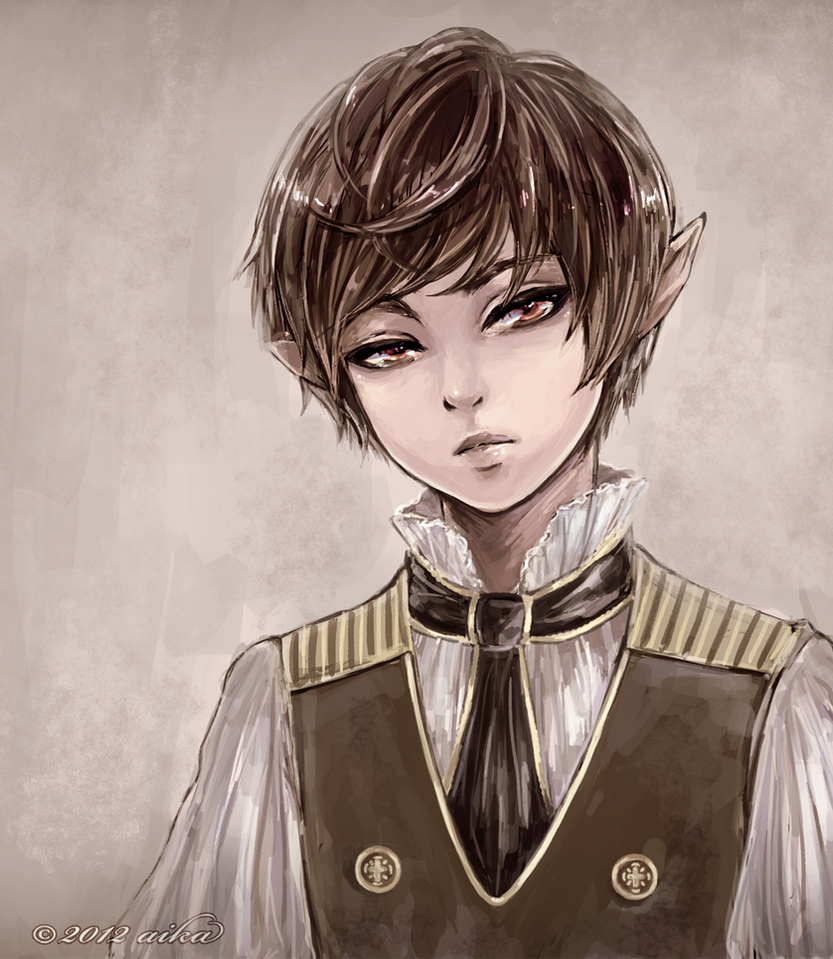 The Da'Goeva family, headed by K'pal Da'Goeva, is a powerful Khamadian noble family from Brugh. They're especially notable for having a family member be the governor of the Khamadian outpost Nabak on the new continent Celenia.

Ahh, I really like him. He's the kind of character I'm drawn to in fiction. :)

Interesting character, I probably need to read more of your world to encase him better. Just in case you haven't noticed yet, the View character profile button at the moment doesn't work.

That's intentional, as he's an NPC in an ongoing campaign, and I don't want the players spoiling themselves just yet. ;)

Then it's fine, I am sorry but when I read an article I click everywhere ;-P

You and me both. Thank you for telling me though. It's not supposed to lead to a 404, but to a "Private" page so there's something there I need to fix regardless.

Transform your quirks, in your strength! Join the revolution and visit Phaldorya (Eng)
Powered by World Anvil