The nartaz are a dru'un subspecies that look a lot like wild hares. They have long, strong legs, long ears and slender builds. The nartaz are almost extinct following the Cataclysm and many scientists believe that there are so few nartaz left that they present an "unsustainable population", meaning they don't contain enough genetic diversity, or enough numbers, to survive. It would require a concerted breeding effort and genetic supplements among the nartaz to ensure survival. Given the limited nartaz population, some scientists speculate that they will be extinct in less than five to six generations unless drastic measures are taken.

This, in spite of many of the kykr living happily in mixed relationships and having healthy offspring. Many nartaz are therefore disillusioned, nihilistic and tend to care only for themselves. They see themselves as fleeting and try to do whatever they can to cater to themselves before the end.

The nartaz are clever, strong and fast, making for excellent spies, assassins or cyberrunners.

"Wellwell! Aren't you an odd couple, eh?" the illim bartender raised an amused eyebrow at the nartaz and kuna stepping through the door and up to the bar. "A predator and his prey, eh?" He beamed stupidly at his own joke.   The nartaz woman rolled her eyes. "If you're quite finished being a prejudiced dickwad maybe we can order our drinks, eh?" she said with heavy emphasis on the end.   Her boyfriend, or whoever he was, could not contain himself and broke out into a roaring guffaw, leaving the illim turning several shades of red.
— Never trade verbal blows with a nartaz.

Nartaz are slender, small and have incredible leg muscles. They look like they were bred to run with their massive thighs, strong calves and supportive back muscles. Their snouts are stubby with long whiskers and their eyes, while small, are expressive and keen. Their most oustanding feature, beyond their muscles, is their long and fluffy ears. nartaz ears are longer than both vindral and kuna ears, even proportionally. Their ears are often as long as, or even longer, than their entire heads and somewhat floppy. The ears are made up mostly of cartilege and thanks to delicate musculature, nartaz have great control over the angle of the ears. This makes nartaz ears exceptionally versatile and expressive. But thanks to their floppy nature, they also look somewhat comical. 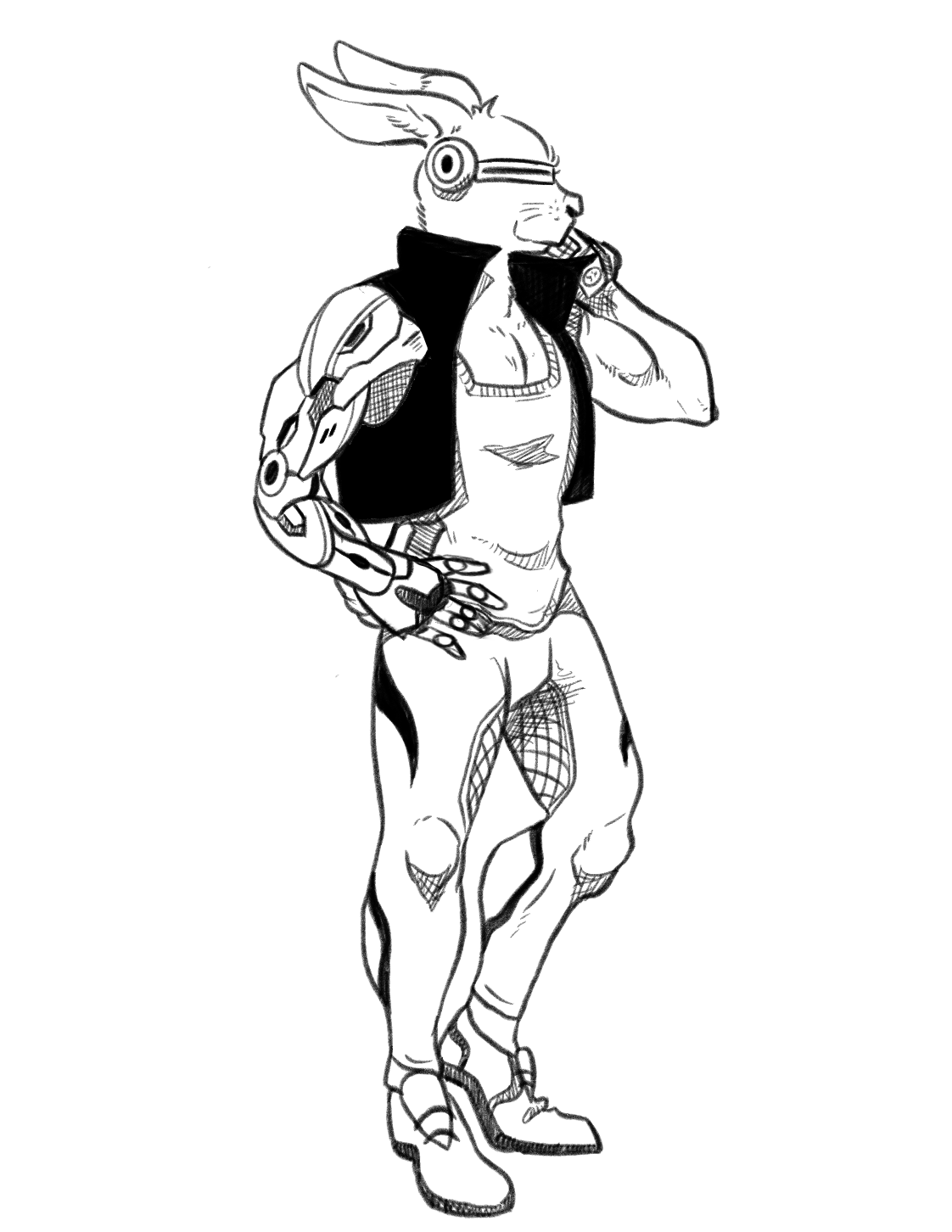 While they certainly aren't fond of it, most other species think nartaz in general are adorable. Their soft fur, long whiskers and friendly faces all make them look cute and cuddly. Most nartaz are anything but, but they can't exactly change their faces. Their large, floppy ears and big buck-teeth only exasperate the issue. There are nartaz who have completely embraced the cute persona and made it their own and they are just as ungodly annoying as they are adorable.

It's no surprise the nartaz are incredible sprinters and if there's any species that can give the kuna a run for their money, it's the nartaz. Whether on two feet or on all fours, nartaz are blazing fast, running at an eye-watering speed of 60 Km/h if well trained. The kuna can likely outpace the nartaz, however, as the kuna are far more enduring than the nartaz. The nartaz are sprinters, fast over short distances, but don't necessarly dash very far without tiring.

Unusually, the nartaz are neither particularly strong or durable than the other species, unlike the other dru'un suspecies. Quite the opposite, in fact. nartaz are relatively small, being about the same height as the hessak on average and sporting a particularly poor constitution against diseases and poisons. Their small frames are well built, however, and it is clear they evolved to run. Speed is everything for the nartaz. 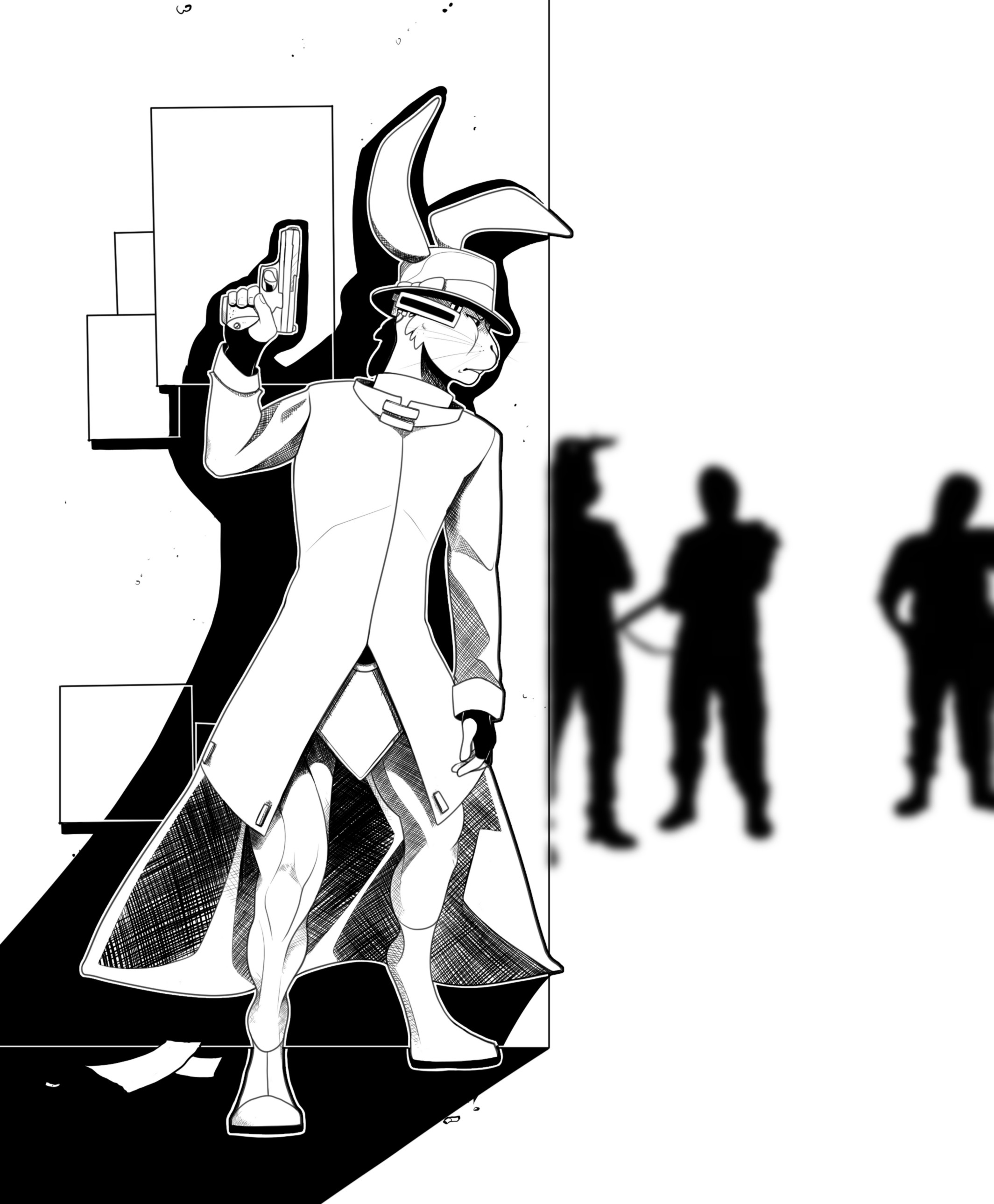 Here's where appearances truly clash with reality. As mentioned before, nartaz look adorable, but most of them are anything but. Most nartaz are private, downright rude or even boastful, elitist and dismissive. Because of their overall nihilistic view of life, they tend towards the bitter and cynical, which many nartaz channel into being sarcastic and even bumptious.

Being part of a dying species puts the nartaz in a weird spot mentally. Many feel like no matter what they do, their species is doomed anyway, so why bother? Because of this grim outlook, the vast majority of nartaz just have it out for themselves. They serve no one but themselves and they aim to make as much money and/or enjoyment as possible at whatever the cost. You won't find many nartaz interested in the environment, politics or anything affecting the future. If you believed that neither you, nor your species, would be around for much longer, you too would likely have trouble caring about the future.

Of course, this is all generalization and averages. There are nartaz who are quite agreeable. They're few and far between, and most will likely treat you like shit unless you already know them.

This grim outlook on life has made most nartaz both greedy and cowardly. They are unwilling to risk themselves unless they absolutely have to and will generally not work for a pittance, but require substantial pay to be motivated for work.

Most of the nartaz of the world lived on the plains in the Gimroan Basin, far to the east of the Akelan Wastes, before the Cataclysm. It is believed that is why there are so few left. Most of them simply perished in the Cataclysm, leaving a small population living in Fusion City today.

Historically, the nartaz were raiders, just like the dulzuun, zalra and the other dru'un. However, the nartaz employed speed and stealth rather than brute force in their raids, frequently attacking under cover of darkness. If a nartaz could avoid direct confrontation, he'd make sure that would be the case. This holds true still to this day, as most nartaz will avoid fights where they aren't at a clear advantage.

As mentioned before, in the eyes of other species, the nartaz are at the very least cute, if not outright attractive. They tend to be well shaped with little body fat, which is to most people's taste. Common markers for beauty among nartaz are long ears, well-groomed fur, pleasing fur color and long legs with thick thigh muscles. This goes for men, women and everything outside and inbetween. The common attraction markers seem to be rather universal. 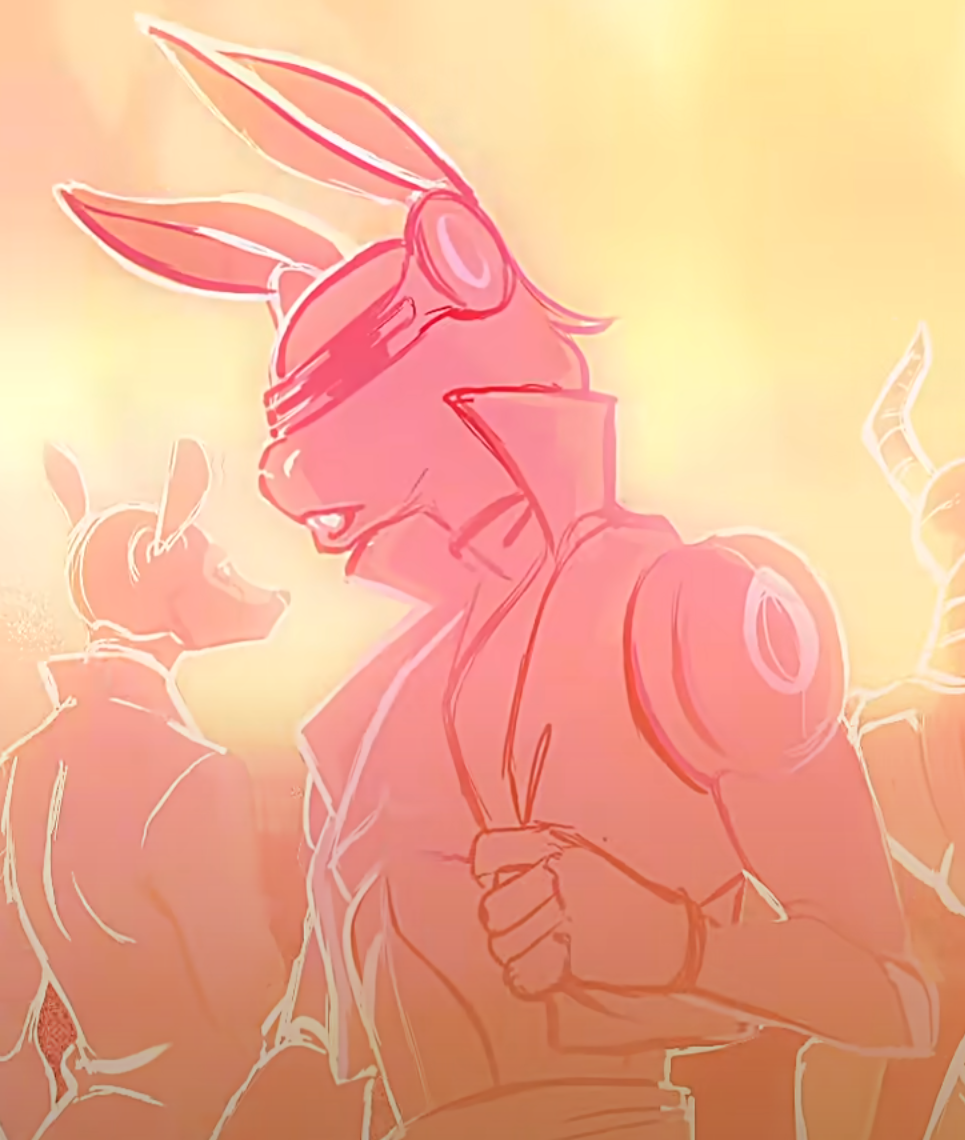 Sefarana is a famous escort, known for her extraordinary prices and the battlefield of broken hearts she has left behind.