The [Ly]rical [R]egister [A]rtifical [I]ntellige[n]ce, [E]nhanced, AKA "Ly-R-AIn-E" or just "Lyraine" is the second iteration of a "grand archivist virtual intelligence", the first being Ly-R-AIn-E's predecessor, GAVI, later renamed "R-AIn", meant to function as a knowledge repository for the entire world. She was programmed and created over 100 years ago, before the Cataclysm, and was fed with the collected knowledge of the entire world through the world-spanning predecessor to the web.

With her advanced age, near infinite knowledge and catastrophic damage from the Cataclysm, Ly-R-AIn-E is quite eccentric and sometimes difficult to work with. Many people find her "creepy" and a lot of people believe she is fully self-aware, just waiting to take over the world. Her owners, Seris Electronics, however insists that she is perfectly safe.

While not a sapient, self-aware entity, Ly-R-AIn-E is so advanced and have been online for so long that she has been able to improve on her own code and behaviour to the point where she appears fully self-aware. With her vast knowledge she is capable of understanding and interacting with pretty much everyone of every citizen class and appear convincingly "alive".

Whether by damage from the Cataclysm, or through sheer overload of information, Ly-R-AIn-E seems incapable of communicating clearly and fluently. Her speech pattern is erratic and sometimes she speaks with multiple, overlaid voices. She will frequently "stutter" and speak with multiple voices, giving her a very characteristic speech pattern that can, to some people be perceived as unsettling. Especially when coupled with her emotional detachment and elitist manners.

In spite of her social capabilities and life-like behaviour, her manners leave something to be desired. For whatever reason, Ly-R-AIn-E appears to despise organics, especially those who are willfully ignorant, conspiratory or reject knowledge, logic and fact. She is always stern, sarcastic and incredibly elitist towards people.

Her behaviour has become something of a meme on the web where people frequently share their most scathing insult they've been given by Ly-R-AIn-E during a search or lookup. While she never outright insults someone verbally, the tone of her voice and certain phrasings make you feel like an idiot when you interact with her. She has quite a condescending attitude.

"Your free search result is completed. I see you have failed to expire in the allotted time. How disappointing."
— Ly-R-AIn-E

"Ly-R-AIn-E, tell me a story."
"I have over 85 billion stories and historical records. Do be more specific in your requests."
"A bedtime story."
"Once upon a time there was a young child who had access to the greatest archive of the world. The child used this archive to ask foolish questions and to bring up bedtime stories. The child fell asleep. The end."
— Ly-R-AIn-E

Ly-R-AIn-E is an archivist and a knowledge archive. She gathers, documents and organizes information and will recall said information by request. One of the arguments that are used against her being self-aware is that she has never, ever denied an information request, no matter how snarky she is about it. An AI would be capable of deciding for itself if it wanted to serve or not while Ly-R-AIn-E has never questioned her purpose.

With having been in operation for over 100 years, Ly-R-AIn-E possesses incredible amounts of information to sift through. It is believed that this enormous amount of data, coupled with possible damage from the Cataclysm, is what causes her erratic speech pattern. She simply has too much information to sift through in order to form sentences, to the point where she "stalls" occasionally and will repeat the same syllable 3-5 times before continuing.

This incredible information repository obviously makes Ly-R-AIn-E a valuable asset to anyone and accessing her abilities and knowledge is surprisingly cheap, with most searches being performed for less than 10 credits.

Anyone with access to the web has access to Ly-R-AIn-E. However, most of her searches require payment. Ly-R-AIn-E has limited processing resources and someone using her "free" services may be stuck in a queue for a long, long time, depending on current utilization. Technically, instant searches are only about 10 credits, but there are subscription packages and premium packages that can put even those searches in queues, however, nowhere near as long as free service. A paid search should only be seconds, a minute at most. 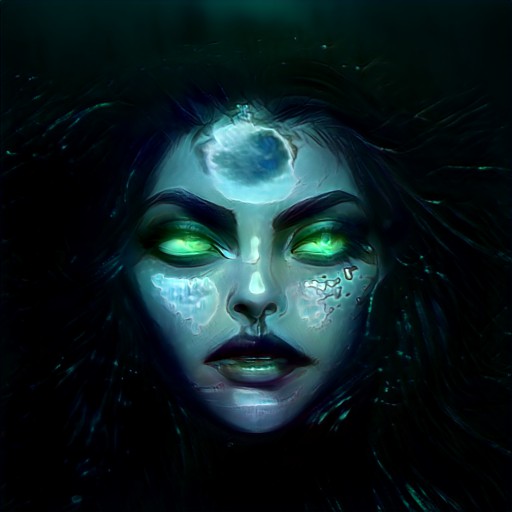 Virtual Intelligences are neuromorphic computers meant to mimic a real life brain. Not to be confused with artificial intelligences, which are sapient machines (and also science fiction).

The Web is the lifeblood of Fusion City. Every system, ever light, every door is connected to The Web in one way or another and it is the main way for people to communicate with one another.