The city is divided into 30 functional districts with each district fulfilling one vital function or another.

Goods are transported out of the production districts to the commercial districts via automated self-driving transports, maglev rails or in the case of delicate or expensive goods: armed escort.

Office districts are administrative sections of the city that house offices for corporations and government. There are quite a few of these in Central, but the larger corporations have their offices up in Vault of Heaven.These districts are high security, frequently requiring citizens to have a permit to enter. They house services like education, medical services and most police offices. Office districts are busy ant-hives of effectivity, cleanliness and stress.

Commercial districts are neon-ridden sections of the city where you can find every pleasure known to exist. These districts are the heart of the city and are bustling commercial centers, draped in advertisements and corporate propaganda. There are tens of thousands of stores, malls, sensomats, virtual cinemas, night clubs, restaurants, discos, gambling houses and brothels in these districts. When a citizen isn't working, they most likely spend their time in one of these districts. These districts have huge distribution centrals that process, package and distribute goods from the production districts. There are also plenty of service buildings in these districts; Everything from vehicle repair shops to cybernetic clinics.

It is the part of the city held firmly in the grasp of organized crime. While the ordinary citizen might not know much about the proliferation of crime, it has its unmistakable presence in these districts. Shady deals between gangs, turf wars and drug-running are ever present. The Brotherhood of Zanga have their slimy paws on most of the commercial districts. 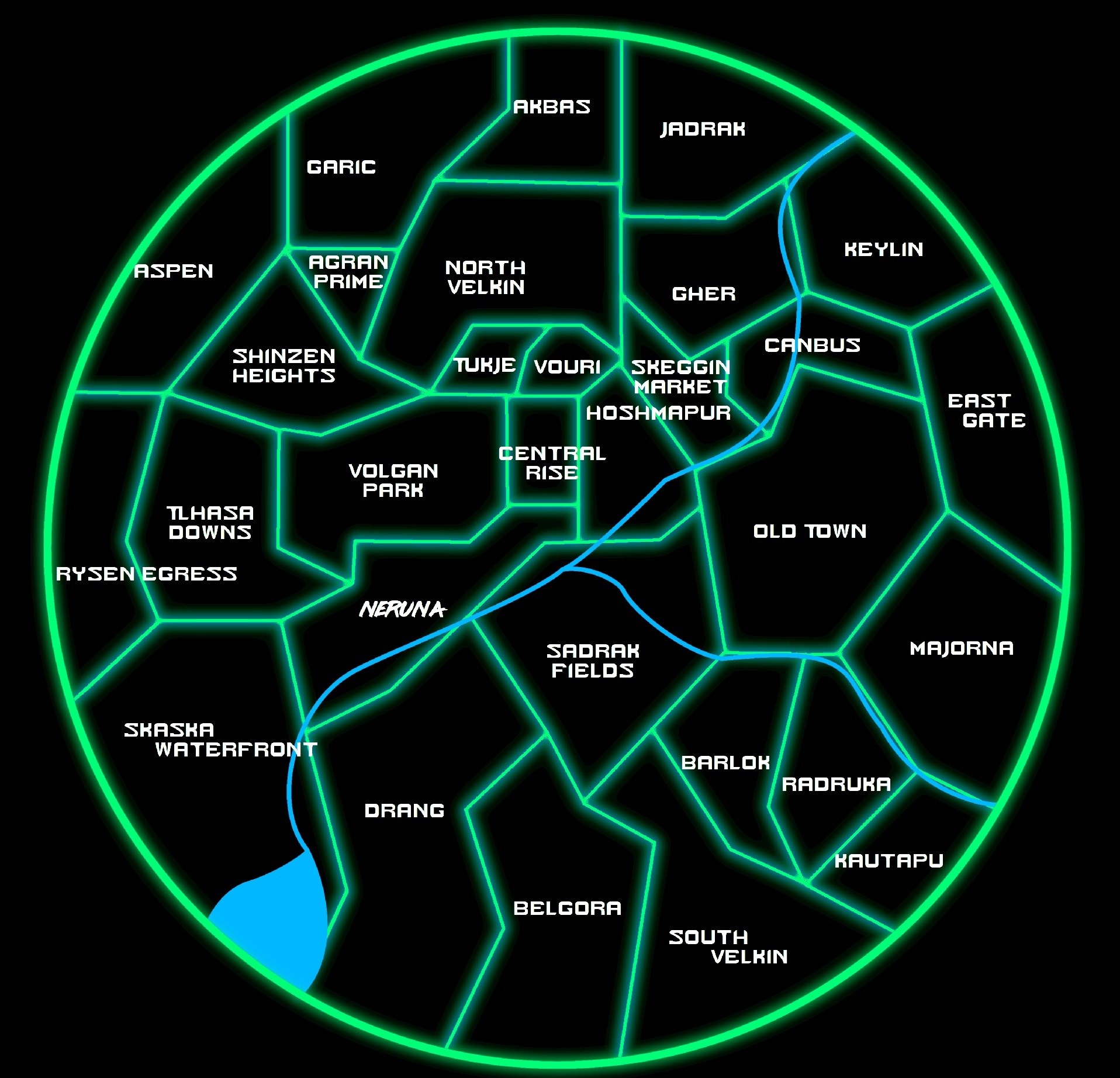