Etherellies, shortened from "etheral jellyfish", are as the name implies jellyfish who reside in the Abyss. While they are all referred to as etherellies, there are actually hundreds, if not thousands, of different species of etherellies in the Abyss discovered so far. 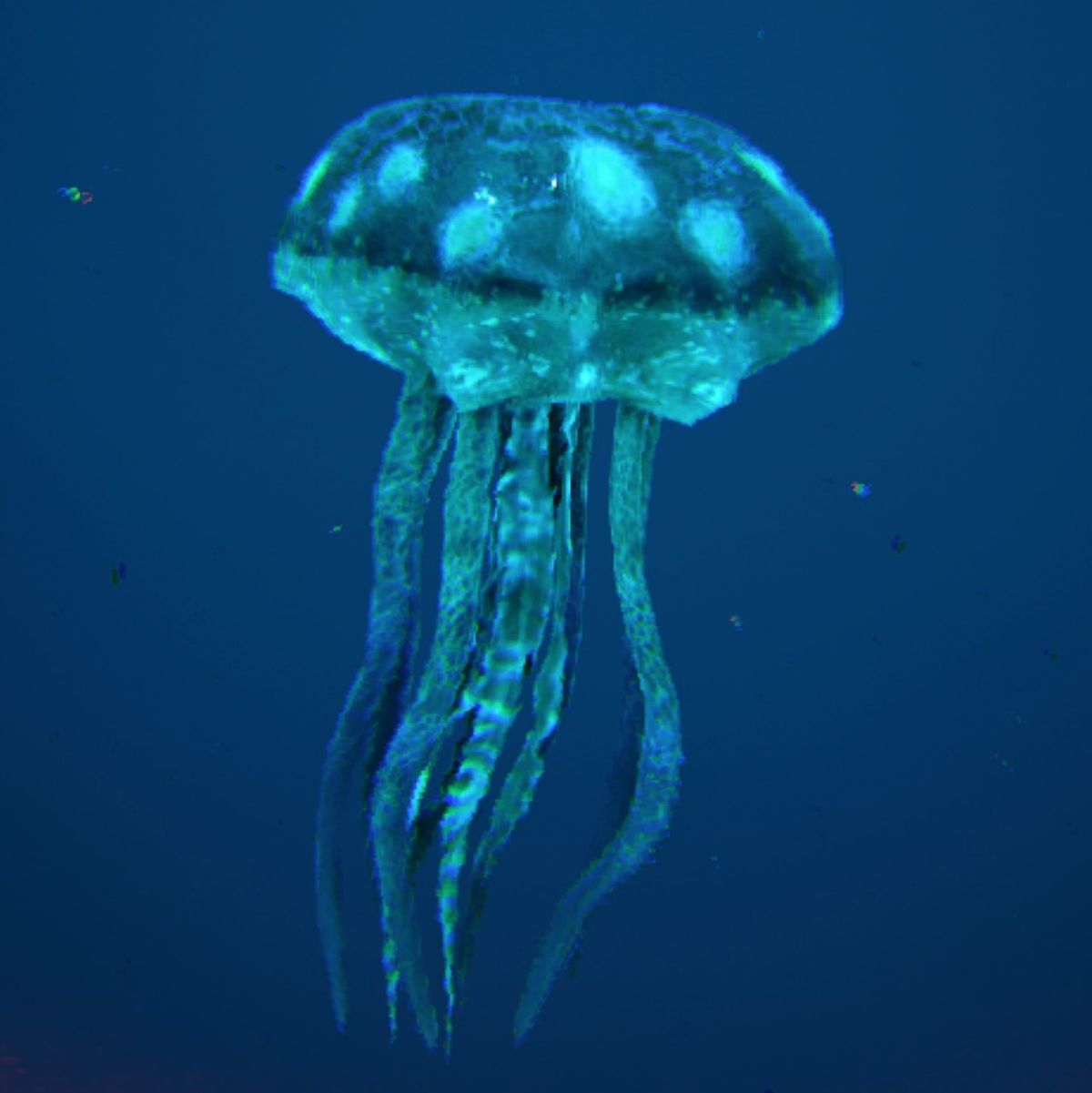 Etherellies were the first fauna ever discovered in the budding explorations of the Abyss, which is understandable, seeing they are the most striking and easy to find form of life in the Abyss.

While not the most dominant by neither number, nor mass, etherellies are easily the most common and frequent species you will encounter in the Abyss. They are figuratively everywhere, living effortlessly in just about every region and biome of the Abyss in spite of their vast variety in temperature, pressure, nourishment and composition.

The ethereal creatures float about and like most creatures in the Abyss, expend as little energy as possible. They prefer to use the large, slow flows of the Abyss to travel from area to area, ildly harvesting among the plancton and microorganisms in the abyssal liquid using their huge tendrils and tentacles that hang from their bulbous bodies.

Etherjellies come in a huge variety of shapes and sizes. The smallest are barely the size of a fist, while the largest are about as wide as the largest submarine, with tendrils stretching for kilometers below them as they lumber through the depths.

Jellyfish in general are largely made up of liquid themselves, only having thin membranes to keep their insides from becoming outsides and the etherellies are no different. They have very little mass in and of themselves, instead being transparent, floating ghosts in the dark of the Abyss. So far no use has been found for the abyssal creatures and it's probably for the best, as harvesting them would be an absolute pain.

An abyssion is a type of submarine, specially designed to traverse the Abyss.

Dunia is the established name for the world. It refers to everything inside and around the world dome. The Kykr use it like we use "Earth".

Answering: "Α species that survives in an unlikely place"
Visit Toblin's Competition Page Check all other answers to this prompt Competition Homepage