"We've kept it secret for more than 40 centuries. You think I'm gonna tell you what we feed the cows now?
— Fubdo Barcellus 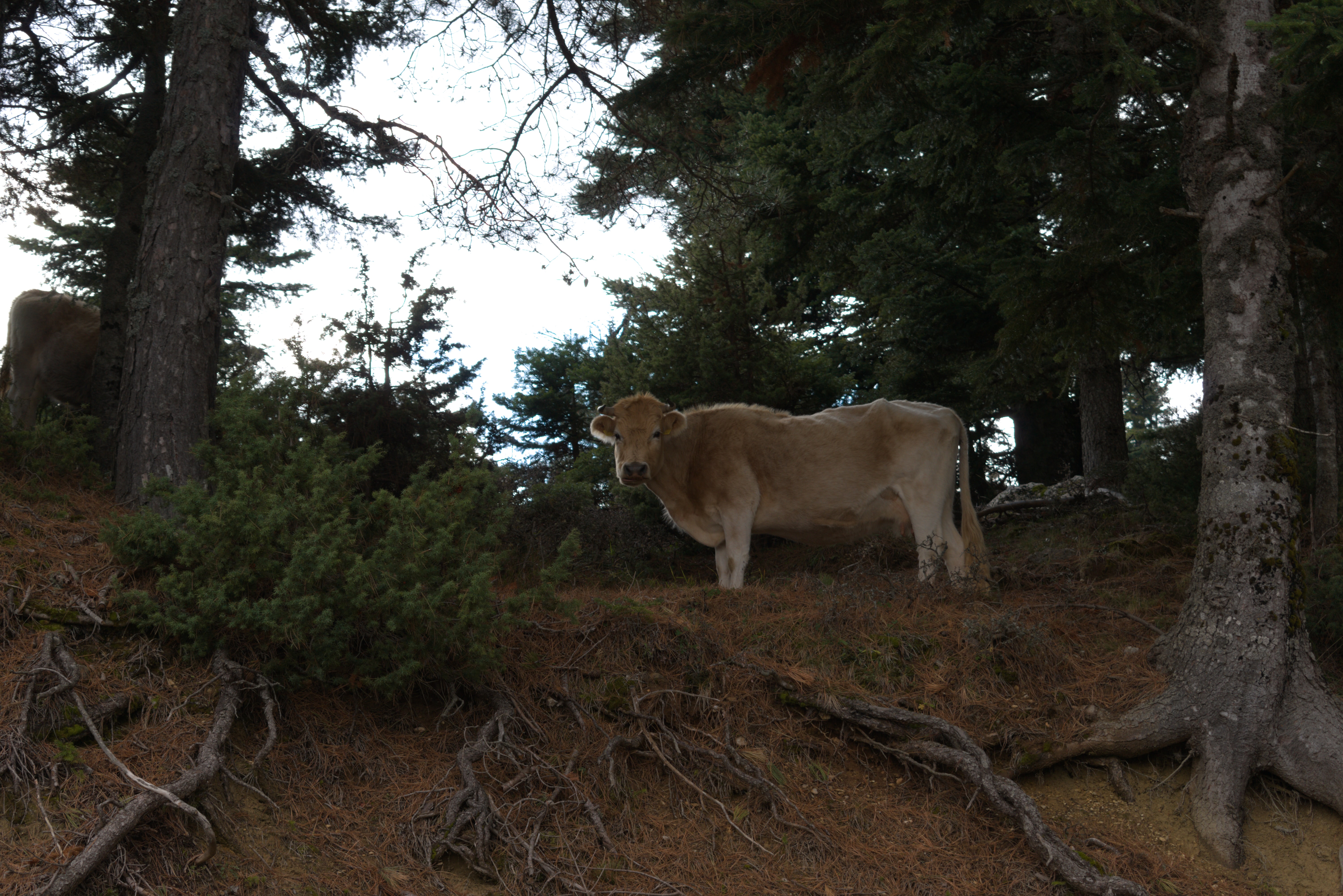 The Kupe Pamal at first glance seem to be standard dairy cattle. However, they are descended from cattle that survived The Catalcysm by spending thirty years underground. They were fed tubers and fungi instead of grains, as that was the only food that was available as Urnatis found ways to survive during the The 30-Year Winter.   This diet caused the cattle to undergo subtle changes to their genetics and milk production, and the cheeses produced from these cattle developed a distinctive flavor and look.   The Kupe Pamal tend to be smaller than average cattle, a product of living underground in confined spaces.

The first four years of the Kupe Pamal life is spent underground. Once weaned, they are fed tubers and fungi to acclimate their systems to producing the milk needed for culturing their unique cheeses.   At age three, they begin to be introduced to the world outside the caves and begin ingesting some grasses, depending on the cheese they will be expected to produce. However, those who produce milk for Koronni are never brought out from the caves, ensuring they produce the unique cheese exclusively for the Royal Family of Orsholon.   As they near 15 years of age, they are watched for a reduction in milk production. When their output has reduced to half of what they previously produced, they are considered aged and are sent to pasture to breed and live out the rest of their lives. Those who are successful in breeding are taken into the caves near the end of their gestation so that the newborn calves are born in the caves.

The Kupe Pamal come from the East Rinzeremel Mining Region, and are found exclusively there. Very few dairy farmers have the patience and desire to raise them as they require much time underground. The most successful of these farmers is Fubdo Barcellus, who comes from a long line of dairy farmers since The Cataclysm.

These dairy cattle are bred specifically to eat tubers and fungi grown underground. They can eat grasses, and often these grasses are chosen specifically for the flavor they impart to the cheeses.

Important Note: Page Styling Is Currently Being Updated. Most changes should work fine, but if they do not, please leave a comment on the specific article So I can troubleshoot. Also, let me know if you are on a computer or mobile. Thanks!
— Kahuna The Elder