Money means nothing. Information is the key to the kingdom, if you will.
— Elindine Raelle

Elindine Raelle is neither famous, infamous, or unknown. Her name is known, but not in ways that would make her stand out. As the owner of the Enchanted Jackal Pub, her patrons from across Orsholon City and beyond know who she is, and yet, most know nothing about her.   Elindine ("E" to those who know her best) grew up in the Orsholon City - Nobles District but has always fit in with individuals of all backgrounds. Whether a hard-working dwarf minor or a member of the Royal Family, she knows how to speak with anyone and make them feel comfortable.   She makes friends easily, which is one of the reasons she came to be the owner of the pub. Although the details of the transaction are unknown, what is known is that E had become a good friend of the former owner, Thorf Nobleback. Despite his usually thorny demeanor, E was always able to mae him laugh, even at himself. She charmed him and when he decided to retire to a home in the East Rinzeremel Mining Region, he gave her the keys to the pub.   That was in 1184 ATG. For 23 years, E has run the pub and hosted kings and paupers, elves and orcs, rich and poor.

As a child of nobles, E was educated in the Orsholon Academic District, but never graduated from any one school. Many believe E grew bored of single subjects. But the reality is that she learned as much as she felt she needed, and moved on. And she learned a lot. Guild leaders, military commanders and wielders of the magic arts have all sought her counsel.   Impressive for one who never completed a course of study.

Prior to owning the pub, E doesn't appear to have ever had another job. Of course, as the child of nobles, there was no need.   But the cliche of nobles not getting their hands dirty does not apply here. E will not ask staff to do anything that she won't do or hasn't already done. She'll scrub the latrine, wash glasses, and mop floors. The dedication to the pub and willingness to take on any task has, on occasion confused a patron. But if someone makes the mistake of demanding they see the manager... they'll get an earful from E.

E is smart. Very smart. And not just book smart. She knows the value of information. Like any trusty barkeep, patrons are always confiding in Elindine. And interestingly, that information seems to always get to owhere it needs to. Yet no one has ever accused her of being indiscriminate or indiscreet. She knows boundaries, and she know how to avoid them. Or go around them.

Elindine's outward attitude is "if it does no harm, let it be". And yet, she always seems to be on the "right" side of a situation. Recently, a trio of dwarves with a suspicious demeanor were patrons at the pub. They seemed to be looking for a young man reported to be working in the library of one of the academies.   E made small talk with them and they let her know that they wanted him to do some "research" for them. Since they had a tough time even adding up their tab, she wasn't sure what they would want with research. Still, "if it does no harm, let it be".   A few days later, Royal Guards were seen "escorting" the very same dwarves to the city gate. Seems thay had started causing trouble at the academies looking for the young man. But apparently someone was alerted to their presence and the young man was long gone. Rumour is that Hargus Hurryhouse may have had something to do with it, but he was nowhere near Orsholon City at the time.   So who whisked the youngster away? And how did they know?

Hargus met Elindine ("E") when he was growing up in the streets of Orsholon City. He was a street urchin just trying to survive, and she was a nobleman's daughter who wanted mmore than just pretty dresses and a cushy life.   She taught Hargus how to act and work his way through the nobility. He gave her street smarts that she would never gain living in the Nobles District.   Hargus has risen in respect and authority in all of the Kingdom of Orsholon - Region and throughout much or Arnathia. As a show of gratitude he will always be there when E needs help of any kind.

All Images created BY Kahuna the Elder, with source materials from Pixabay, Pexels, Unsplash, Artbreeder and public domain sources. 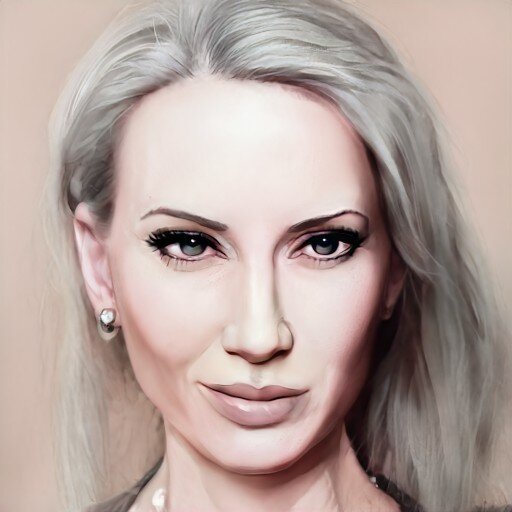 Current Location
Orsholon City
Species
Human
Ethnicity
Orsholonian
Year of Birth
1149 ATG 58 Years old
Birthplace
Orsholon City
Spouses
Siblings
Children
Current Residence
Orsholon City - Nobles District
Presented Sex
Female
Sexuality
E has never been known to have any non-business relationships, other than a few friends. But she knows how to work her wiles, whether with males, females or any other identity. For her, the fluidity gives her the ability to befriend almost anyone. And gain their trust.
Eyes
Green
Hair
Long, white.
Skin Tone/Pigmentation
Pale, with the look of alabaster
Height
5'8"
Weight
124 lbs.
Known Languages
Common, Elven, Dwarven, Orc, Draconic

Answering: "Write about an unassuming character who secretly controls things from behind the scenes."
Visit KahunaTheElder's Competition Page Check all other answers to this prompt Competition Homepage