He raised the wooden handle to let the moonlight hit the incrustation and filling it with a dim glow of the light behind the foggy veil.
"Beautiful, isn't it? My mother gave it to me on the Namegiving day?" Scáthach's voice was unusually calm and vibrant. It was not often that she showed him her emotional side. Well... other than the fiery one.
"Your mother gave you a dagger, when you were eight?" The thought of an almost nameless child running with a sharpened blade made Hithéan's spine chill. The fire was still slightly infused in the wooden hilt, making ones soul itching for action.
"Six, yes," she did not respond to fright in his voice, "and it brings back good memories, too." The smile on her lips began to fade with every moment. "One of the last I have of her."

The characteristic feature of the wood is its veining, reminescent to that of a lightning that originated from the tree being infected with the velvet shanks' mycelium. The graining, hardness and all typical features of the wood are not affected. thus, it is possible to find innumerous types of Fiodh de fhreumhan teine. Hardwoods are more popular, though, as the products tend to last longer. Weaving techniques tend to be easier on hardwoods, while softwoods are better for molding.

While not proper, sometimes an alternative name of Craobh teine is used, which roughly translates into fire wood. This however can be misleading as the wood can be infused with the fire concept, regardless of being infected with the Velvet shanks' mycelium.

Tràth type wood has a pronounced veining system of the mycelium in it and more fire concept embedded than fadalach type. It tends to be more intact and easier to mechanically process with chisels and knives. However, owing to the abundance of the fire concept, it is also easier to infuse the dormant mycelium with heat and pass the threshold, waking its tendrils and starting the burning process. When that happens the wood itself becomes similar to the Fadalach type, if one is able to inhibit the reaction, e.g., by rapid cooling or freezing. The threat can persist even if no spark, nor open fire is present near the processed wood. To avoid it, craftsfolk will use special tools or let the wood freeze overnight. One of the best pieces of artwork are created seasonally in the Cymrian mountains near the Forest of Spring — some artists venture there only to spend the winter in harsh conditions but in return gain opportunity to create marvelous works from tràth craobh teine.

Late one refers to the veining being burned out by the mycelium that started on fire in winter. The burn marks are deeper and run inside the wood, creating a complex branching, reminiscent of the thunderbolt or a web of roots. The fadalach type craobh teine carries a much lower concentration of the fire concept and is generally thought to be a simple wood with some additional perks to it. One of the special properties this type carries is the thrill incited by the fire — a property affecting anyone who remains in physical contact with the wood. Hence, it was sometimes used for wholepiece hilts in daggers or as incrustation segments in bows — usually weapons, but on rare occassions even drinking cups.

One of the major drawbacks, however is the tendency to chip or lose integrity, unless the cavities are filled properly. For the sole purpose of processing, the craftsfolk would use fine powder mixtures (usually clay or sand) as a filler, which would later on be placed in water for a quick soak and then put outside to let the mixture freeze over night. The material can be then mechanically processed, easier but still with care. 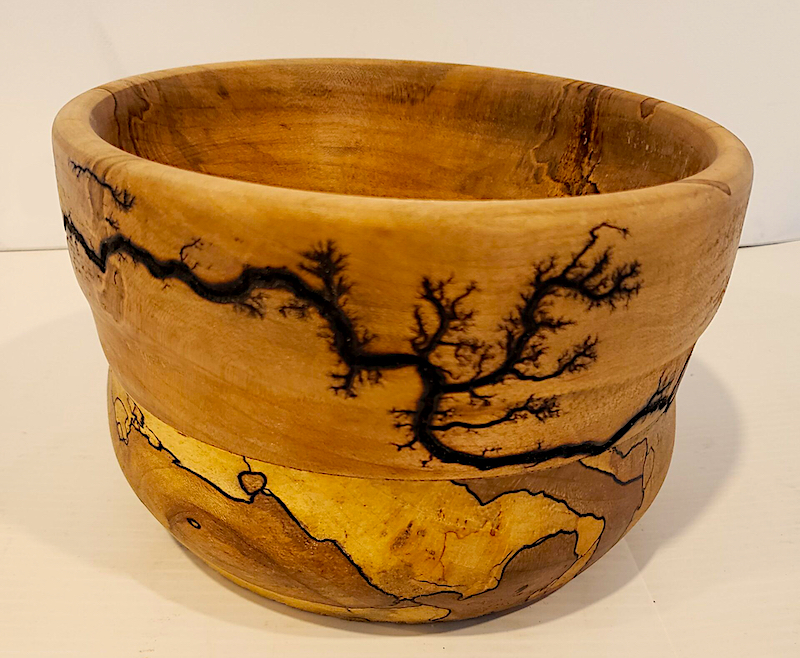 by Marcel Tardif (edited by Angantyr) 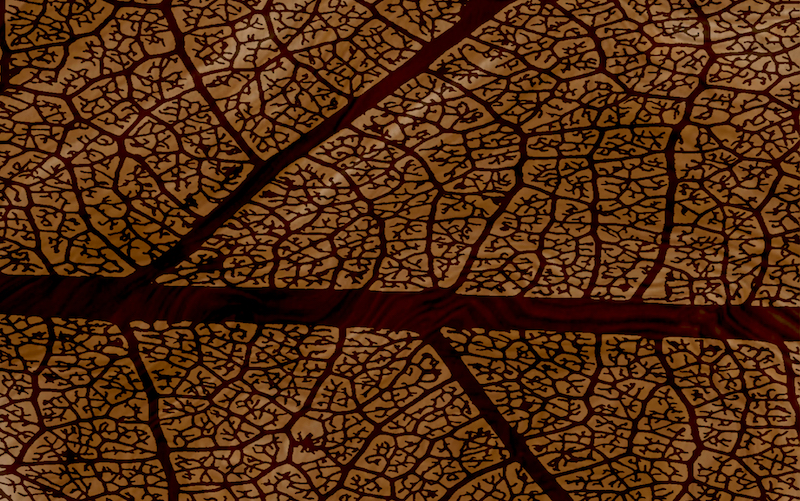 General patterns resemble thin veins with different colours ranging from pale brown to soot black. The roots are very thin and are etched deep into the wood structure. In most cases this lowers the mechanical integrity of the material to the point it is difficult to use in the late type. Most of the wood material stained with this pattern will be processed for objects that would not need to withstand varying environmental conditions, such as humidity and temperature, i.e., would mostly be used indoors. Very often the shavings and splinters with that veining would be used to start a fire as they are more flammable than the most commonly used kindling materials.

A weaving-type veining pattern is most often found in hardwoods, as it is difficult for the mycelium to penetrate through the dense structure. The veins tend to be much thicker here and with most of the fire concept is concentrated in them it is easier to remove the wood and obtain the mycelium. That one can be used in pure form to weave into a cordage or later on processed to embedd into a more flexible weave. The weaving pattern is often described as a thunder-like or a storm-like pattern. It was observed in similar form in wood samples collected from the thunderstruck trees on the northern coast of Cymru. Though showing some seeming resemblance, the properties of such wood are not the same and should not be confused. Moreover, with the lack of mycelium in the latter it posess more difficulty to extract the concept from the wood itself, making it a concept source for more advanced skalds.

There is a clear distinction between a general type veining and the molding type and that is consistency of the thickness. To be considered a molding type, a vast majority of the veins must be at least the thickness of a human hair, while in general pattern the thickness distribution is not homogeneous — some parts of the mycelium can be as thick as 0.5mm, with others as thin as a spider silk. With the molding type pattern, the veining is very dense but the web is thin. The mycelium easily penetrates through the wood from the surface and up to the core making it easy to infuse the wood with the concept of fire. By this rule, only softwoods were found to serve as a molding quality material. 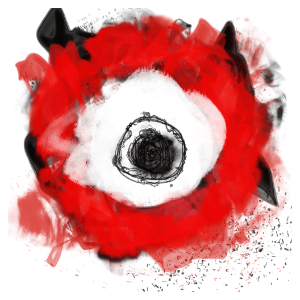 I love the idea of daggers or drinking cups having magic they makes people excited/thrill for actions :D The introductory quote was great to show off that dagger :D

Thank you, I am glad you liked it. :D   Yeah, with Scáthach and her mother, many things come out unexpectedly. There is a lovely story to that relation. Like, why would you give that kind of dagger to a six-year-old child?

This is lovely! I love the artistic possibilities for this material. The idea of having something beautiful come out of a tree being infected by a fungus is fantastic.