Floating islands, paved roads, street lamps illuminated by everburning flames, the spires of Va Anore are visible far beyond the city limits. Here lies a treasure trove of arcane magic, the largest Isarus has to offer.

Much of Va Anore's infrastructure relies on magic. Homes are equipped with minor enchantments to create water and dispose of waste. Teleportation circles allow for quick travel throughout the cities, though some may favor floating carriages. The roads are illuminated by everburning flames, the colors of which may change for holidays or significant events.   Following the attack on Va Anore, there have been cuts and changes to these systems. Teleportation circles are heavily regulated, and magic items shops have less stock available and heightened prices.

The University of Inshara contains the country's largest collection of arcane practitioners. A specialist for nearly every school of magic and various bardic arts can be found here. They may act as specialists for arcane affairs.

Va Anore favors tall, flashy structures. Pillars and towers decorate the most prominent buildings, which often drift about on floating islands. Such buildings often end in elaborate spires, stretching up through the clouds. Nearly all buildings have evidence of enchantments placed upon them, glowing crystals forming walkways, or wards protecting the more wealthy homes and businesses.

The University of Inshara is what created Va Anore's reputation. It is known throughout the connected world, bringing a diverse student body and faculty to its campus. Wizards and bards are the most likely to find their education here, as well as the occasional sorcerer. 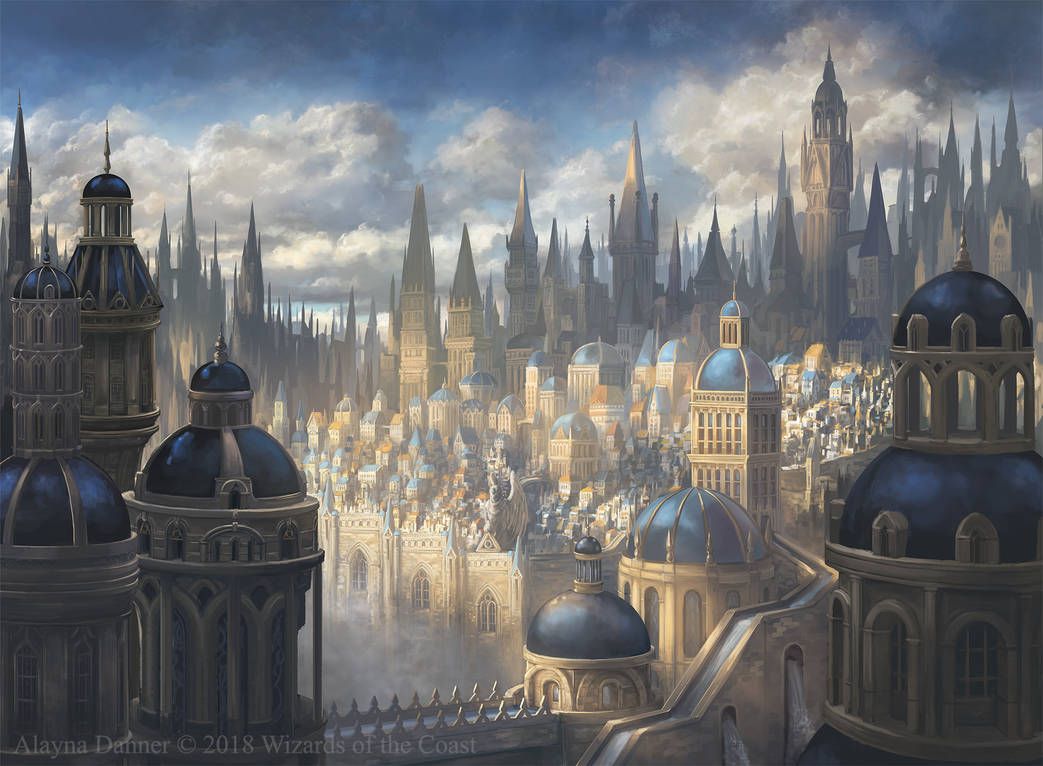 Remove these ads. Join the Worldbuilders Guild
Cities of Isarus