Jeff worked on his family farm for the majority of his life. The farm was destroyed some years prior to the campaign, prompting Jeff to venture out into the world hoping to make the money to rebuild the farm. He immediately found himself in Barovia where he would meet the rest of the Seven Wonders.

Jeff has had no formal education.

Jeff is especially adverse to battling against people and is haunted by those he has killed.

Jeff is on good terms with the Nafígo family.

Jeff has family across Isarus. The locations listed are where each member lives according to his most recent knowledge.   *Antony is often aboard ships but has a PO box in Benquet.

Jeff is obligated to Bricaryn, as she aided the party in exchange for an unspecified favor. 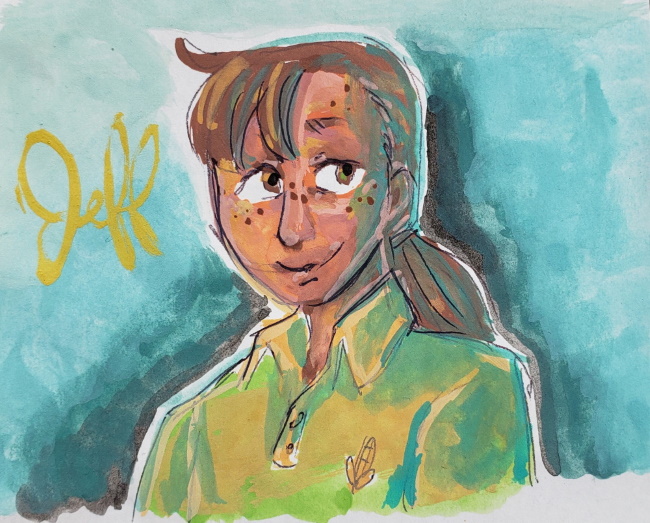