In his fae form, Didrangha reaches upwards of 9 feet in height. He has silver antlers that grow out of his face on the left side, and four eyes that span the right. His body is chitinous.   He has four arms and sharp talons capable of rending metal and piercing through a humanoid torso and ribcage. His long tail ends in a sharp, scythe-like blade.   His wings resemble a luna moth's.

He has shown himself able to collapse segments of his body, making him naturally capable of contorting his form. The unnatural design of his body makes most of his movements look like those of an animated doll, or a marionette.   He is capable of making "masks" by killing a person and using the front half of their skull. Wearing these masks lets him adopt their exact physical form. The details of making these masks are unknown.

Didrangha was once an infamous fey-creature. He fell from the public view after being placed in chains by Bricaryn.     He would later break free from these chains to wander Isarus, eventually adopting Terestri and then meeting The Seven Wonders.   Eventually he was forced into a contract, leading to him being overcome by an infection of ferrous cordyceps. Since succumbing, he has reverted to a chaotic and sadistic version of himself.

All reports of encounters with Didrangha noted him to be a dangerous individual, partially due to his physical and arcane prowess, but also due to his intellect. His social capabilities allowed him to confuse or deceive to twist a situation in his favor. At times he displayed disarming charm or kindness, only to unveil his true colors when the time was right.

In the past, he had little regard for life, often choosing to torment people for entertainment. Even as Faelyn Ar'aphine, there were instances that betrayed a skewed morality, such as advocating for murder in a desire for revenge.   Since succumbing to the cordyceps, he has become sadistic, displaying obvious glee and satisfaction at bringing death and grief to others. 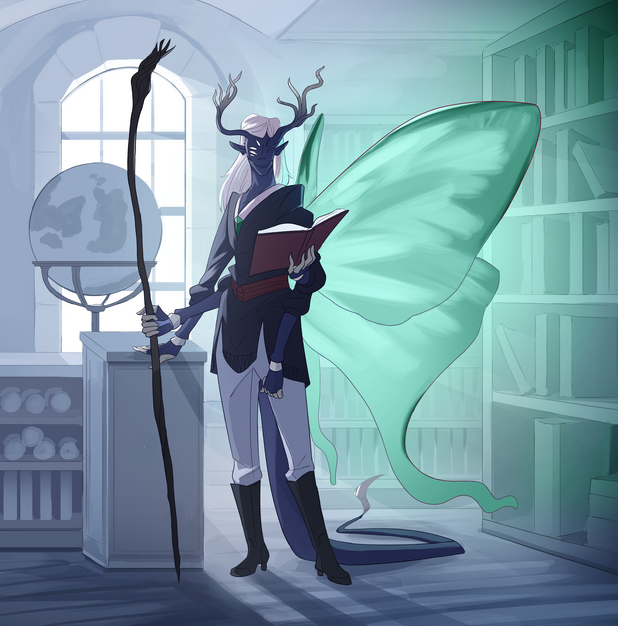