pondrthis
The Sol Accords, which brought an end to the century-long Great War, have ushered in over 400 years of relative peace within the Milky Way. The raging galactic war machine, now turned to peace, has built a thriving—if cutthroat—economy and standard of living for those party to the Accords. A handful of intelligent animal species live and trade with any number of diverse lifeforms, from empathic swarms of microbial colonies to devious underworld AIs.

But an epoch of change has descended upon the Milky Way. Twenty years ago, a spiritualist cult opposed to the multicultural materialism of the galaxy caused a fundamental shift in the cosmos. These "Sanctioned," through their dark rituals, have brought True Magic into the world and ignited an arms race like none ever seen. The indomitable military-industrial complex of the Milky Way is resilient, but limited before the onslaught of the expansionist Sanctioned magi.

Almost simultaneously, an insectoid alien race from beyond the galaxy disrupted galactic order by utterly destroying three planets along the outer rim. Now they reap and harvest along an unstoppable path through the Milky Way, stockpiling resources of all sorts for some unknown purpose. But onward, always, they move, unwilling to colonize and reluctant to besiege... as if they were fleeing from something.
3270 C.E. is a futuristic setting for D&D 5e in which Divine Magic is reinterpreted as advanced technology called "spellcraft"; its power stems from proprietary data-chips granted by organizations to contracted employees or civil servants. True Magic, a newly discovered phenomenon that can manifest in or be studied by those attuned to its power, is a fundamentally distinct and mysterious force. Combat is mostly performed in exoskeletal armor suits, providing greater meaning to abstractions like Hit Points. 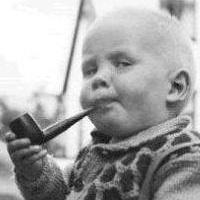