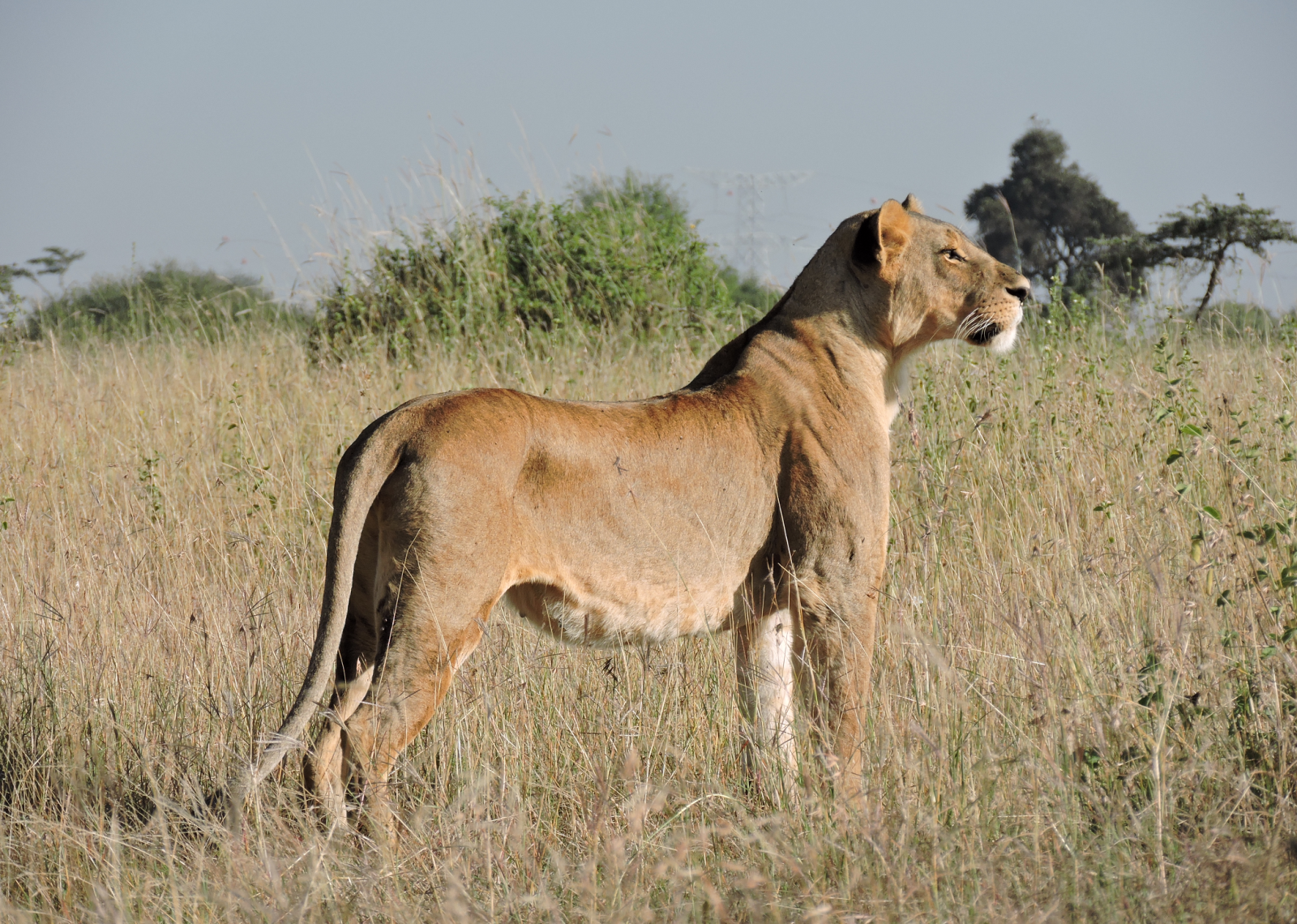 The Lion's Share was established by Fin'i after receiving a large and unexpected inheritance. He decided to establish a charity shop, where things are sold either at their manufacturing cost or even at less, depending on the need of the person. During the plague, he was able to help a lot of people, but eventually, he run out of funds and the shop had to close down. 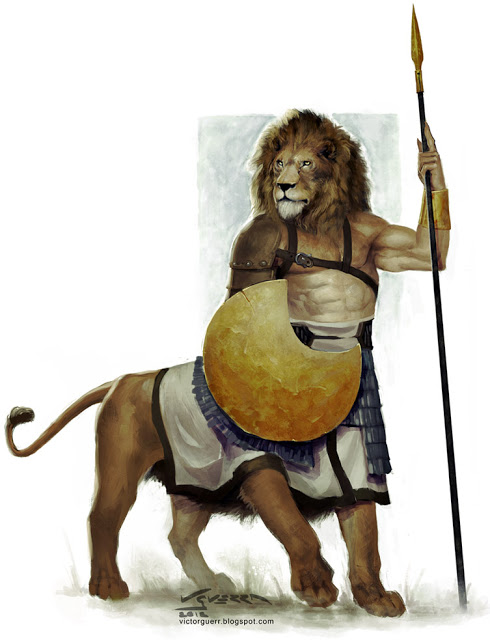 by Victorgurr
A male centaur, with a large mane, poses with a spear and a shield.
Fin'i's father was a centaur of strong traditions: he took care of the extended family's wellbeing. He was also a follower of Bastet, and believed that centaurs had been made from the noblest of animals, lions, and the noblest of humanoids, catfolks. Inevitably, this belief led him, and many others, to believe that centaurs were superior to catfolks. Lions ruled the savannah, and centaurs ruled over the cities. They were meant to get the lion's share of power and money.   By the end of his teenage years, Fin'i had a very different outlook on life, however. He moved out of Bastelia'hu and established himself in Marro. There he worked as a blacksmith for a few years, and eventually, became the city guard's blacksmith.   Fin'i never spoke again with his father, so he was very surprised when he received a large coffer full of gold ingots and pounds of expensive spices.
Location
Marro, Friac'seoue
Establishment type
Charity shop
Commonly sold items
rice, beans, animal furs, simple tools

The story behind a name

Fin'i was not always called that. He used to have a name more akin to Bastelia'hu's traditions, signalling him as a member of his clan, and more importantly, a centaur.   The day he left home, he started looking for a new name. A helpful vanara he travelled with part of the way told him the story of a nice fella he once met by the name of Fin'i.   Upon reflecting, he realized he would love to be like this Fin'i: a helpful and amicable person others could rely on, so he chose that name for himself.   When the time came to name the store, he could not help to include a little play on words, but also, as a testament to his father, who, although late, may have realized the errors on his ways.

What Fin'i? The blacksmith Fin'i? He got how much money!? And he's doing what with it!? What a sweetheart...
— Makees, a local gossip

Challenges
In response to the prompt Write about a shop, in or tavern that its name is a pun

Tweet
This world uses trademarks and/or copyrights owned by Paizo Inc., which are used under Paizo's Community Use Policy. For more information about Paizo Inc. and Paizo products, please visit paizo.com.   However, this world is independent of Paizo's world (Golarion) and most content that you will read here has been created and written by myself.
Cover image: by MGatta

Picture taken by the author, MGatta.

Great origin story behind the name! I love your response to this prompt :D   (nice use of the new image block too!)

Thanks! And yeah... I couldn't resist trying out the new bbcode :P

Awww, it's a pity he eventually had to close down his store. Now I am curious to know what happened with Fin'i after he ran out of money.

Yups, but that's the ending you get when your whole setting is predicated on a horrible world-wide disease that destabilised everything xD

This is great - I love that the 'share' bit refers to a charity shop! :D

Hehehehe, thanks so much!