When Ebani told people she had found a rabbit that was invisible, they thought she was joking. When she went on and explained how the rabbit could also be as big her, people started worrying about her. But, nonetheless, Ebani put other rabbits in a cage with the "invisible rabbit" and carried on with her life in the small plot of land.
39 years later, invisible fur is a niche but prized fur in Tiel. Ebani's grandkids take care of the farm now, which has grown substantially in size since then. Unlike with normal rabbits, impossible rabbits need a lot of space to grow. This is because when they become frightened, they swell in size (and become visible).


Ebani and Agoki, the rabbit whose existence was "impossible" 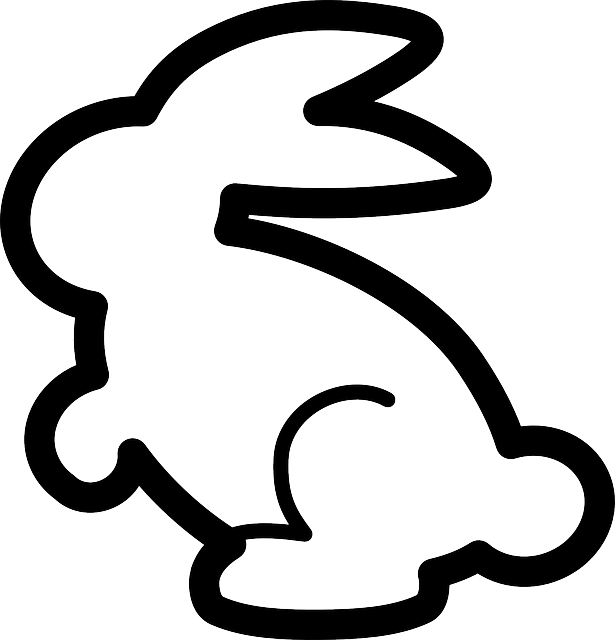 by Clker-Free-Vector-Images
Ebani never discovered just why the rabbit she found, which she named Agoki, was the way he was, but she loved him. She loved him even though he destroyed her crop of turnips and broccoli, right in front of her eyes! She would tell her grandchildren, until the day she died, how one day she saw her crops being eaten in front of her, but there was no animal to be seen. She devised a quick trap (a net with a string) and caught Agoki, which instantly became the same size and her. It took Ebani a whole week to lure Agoki into her farm again, and catch him successfully. But once she had him, she knew that her life would change.   Despite much mockery in the beginning, Ebani's efforts were soon rewarded. She started selling furs in the market from the "impossible rabbit" (which she so named because people had remarked that such a rabbit could not exist). Her furs were either invisible, but clearly fur of good quality, or the fur of a rabbit, but three or four times larger than what a normal rabbit's skin could even grow to be.

Impossible rabbits do not really have needs much different from those of other rabbits. They eat more when they are enlarged, but in the farm, they do everything in their power to avoid them getting spooked, so this is not a common occurrence.   The farm's needs are quite different, however. The cages for the rabbits need to be a lot larger than usual, and a lot stronger, since impossible rabbits are stronger when enlarged. They also need protection from thieves and other jealous farmers, who are bent on getting one of these magical rabbits to themselves.   The farm also needs a special slaughterhouse, where to kill the rabbits in a quiet environment, or in a reinforced environment.

A fey's first time in the material plane...

40 years ago, a fey touched the material plane with their ears for the very first time. It was as strange as they had been promised. Nothing moved, nothing had a mind of their own: not the trees, or the fungi. The soil was inert and stuck in its place. Gravity seemed bent on keeping them on the ground and walking towards a place actually seemed to take one there...   Finally, they found something that looked like they were doing something important, and nonsensical! Something the fey could relate to. This rabbit was darting to and fro, obviously with a destination in mind, for they were changing directions with every twinkle of their nose. So the fey followed them around, darting from grassblade to herb leaf, keeping hidden but alert, for they did not know when the creature would finally be where they were meant to be.   The sky darkened gradually, and the rabbit went into a whole and simply laid to sleep! The fey was furious. This mindless creature had toyed with it for what seemed like an eternity, for no good reason. Apparently, it never was planning to go anywhere at any point. So the fey exercised their powers and used their most powerful magic on the rabbit. At first, the rabbit simply became big upon noticing the fey casting a spell on them, but the fey quickly removed the problem by making them invisible. With the rabbit out of sight, the fey decided to go back towards the First World, as everything was simply too much for them to bear in this new place.
Village of Wick
Summer Camp 2020
Kitane

Tweet
This world uses trademarks and/or copyrights owned by Paizo Inc., which are used under Paizo's Community Use Policy. For more information about Paizo Inc. and Paizo products, please visit paizo.com.   However, this world is independent of Paizo's world (Golarion) and most content that you will read here has been created and written by myself.
Cover image: by Pexels

This is great. I love the origin story of the impossible rabbit. Does the fur become visible when it is used for things? Or could you use it as an invisible winter's coat so you can look amazing but not be cold?