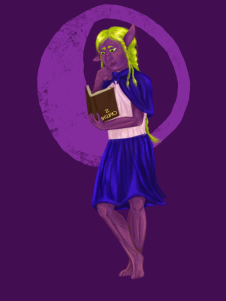 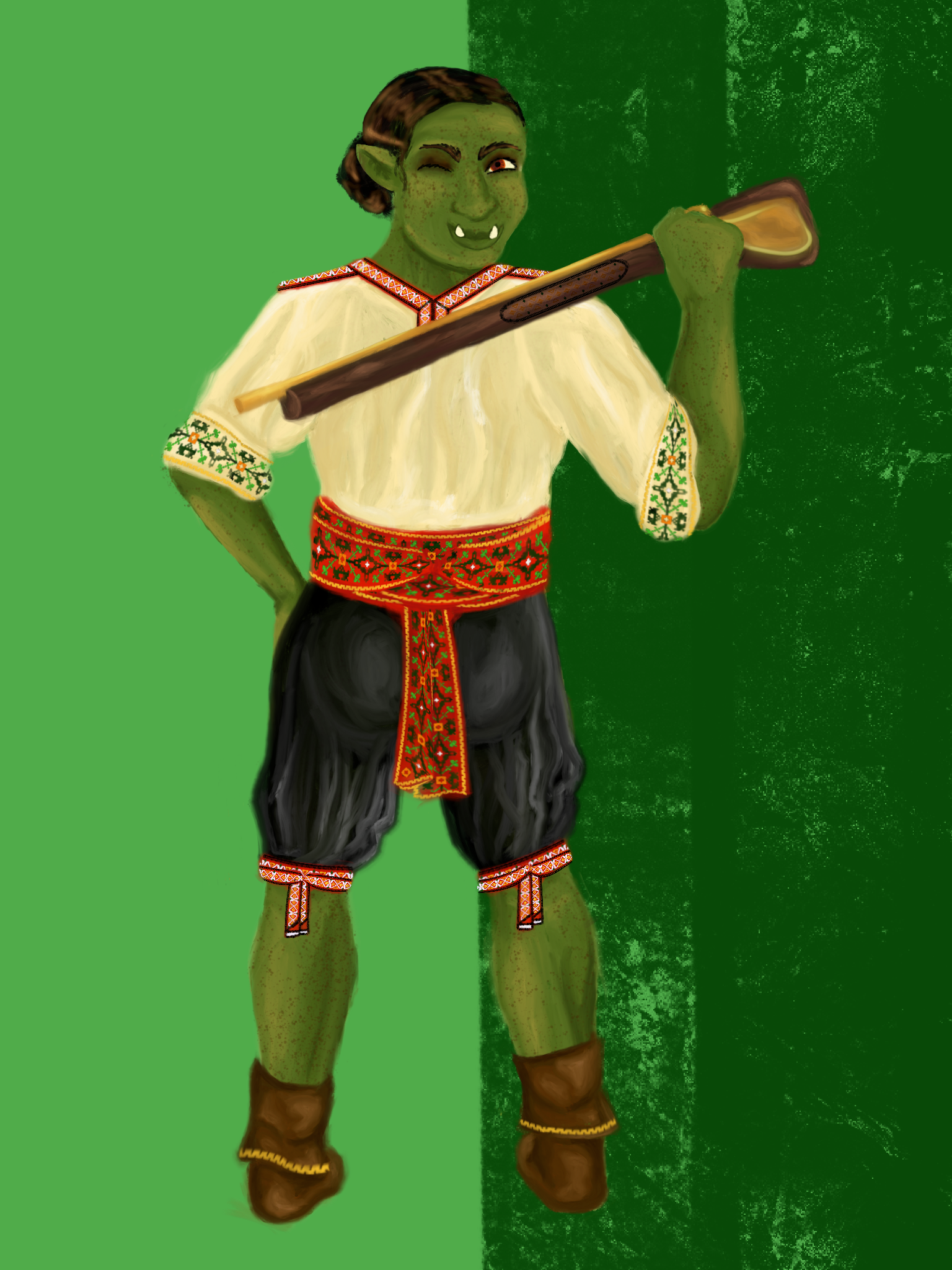 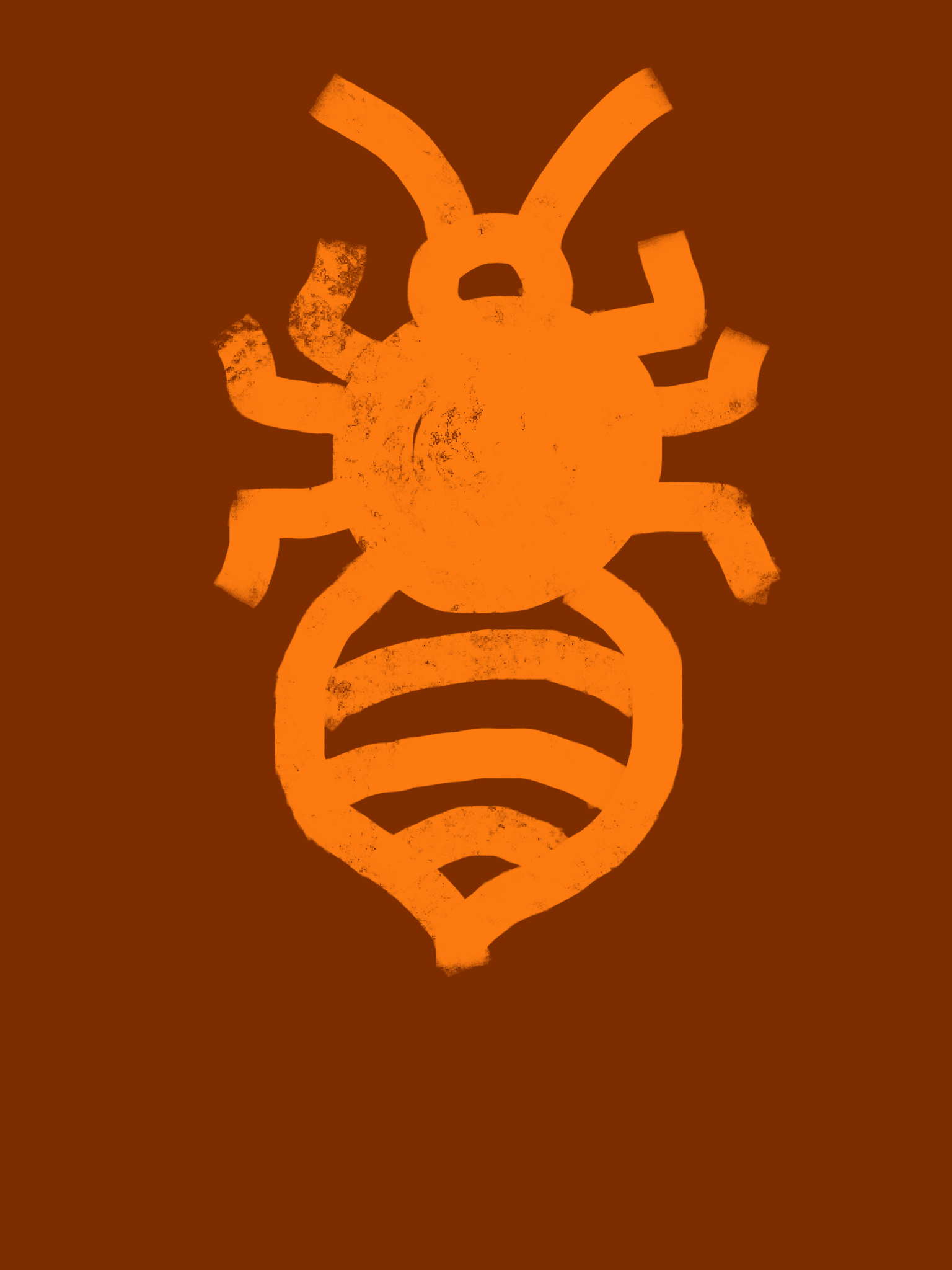 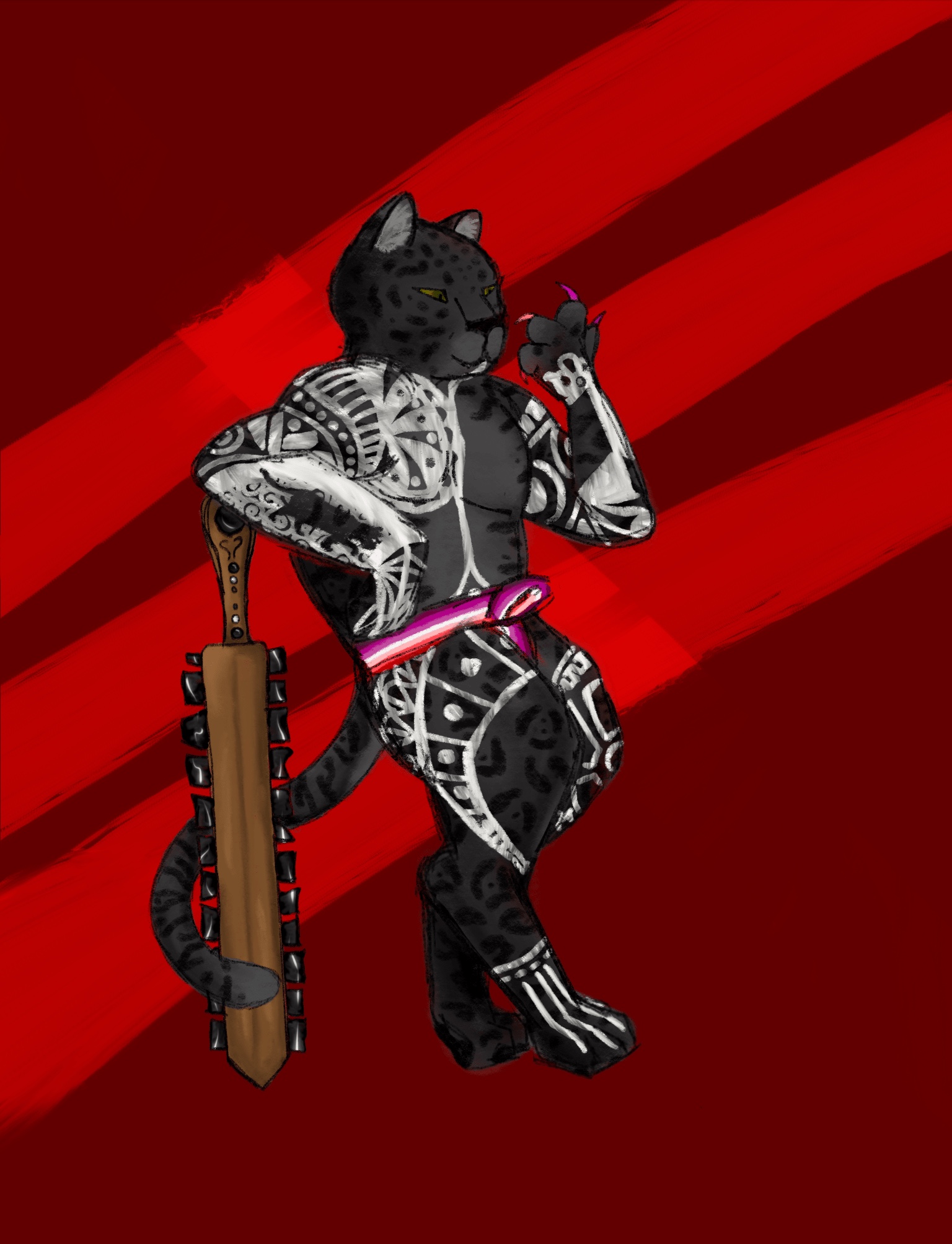 Other Characters by [email protected]

She has an average build for an orc, which is to say, fairly chunky with a lot of functional muscle and a not-insignificant amount of padding over top.

Being in the Viper Band, Austeja dresses rather vividly and traditionally most of the time. She is partial to yellows, oranges, golds and blacks.

Austeja is a skirmisher and a grenadier, so she is very skilled at hand-to-hand combat, but also hand munitions. She is particularly large and strong, even for a soldier.

Unlike most soldiers, Austeja also possesses trifling magical abilities. Not enough to be a shaman, but enough to yank her missions and comrades from the brink of death.

Her early childhood was hard-spent but comparatively blissful, ekeing out a living with the Mossbright band in the northern wilds. That all changed at 10 years old, when they were suddenly moved to a settled CLALEN camp. There, she saw firsthand the true power of dictatorship.

Show spoiler
Instead of hatred, she found herself inspired.

Her family is alive, but she is no longer in contact with them. She has a former identity which she abandoned, but can still make use of if needed.

Show spoiler
She fully and wholeheartedly believes that people are happier and can only survive when ruled over by a strong power, and that nobody but herself can be trusted with that role. She is essentially a radical fascist.

Liberate the Wildlands. Take back the forest. Save her people, taking down as many of the enemy as she can before she goes. And if possible, become a great general and spread her reach throughout the land.


Show spoiler
Nah. She's gonna rule them all one day. Order and peace cannot exist without someone keeping it with an iron fist, and she has seen it happen. But people don't know that they want to be subjugated, so to get there, she must first be subtle.

Northern Wildlands (near the Ozoztlan border)

Austeja is a member of the Forest Liberation Army. More specifically, she is affiliated with the Vipers Band under General Žemyna.

Like many orcs, Austeja is an animist: she believes everything in nature has a spirit or life force, and that they can be emulated and followed in everyday life to gain insight on one's place in the world. Since her early teens, Austeja has chosen bees as her kindred spirits. Their small size and furious sting, as well as their ability to take down infinitely more powerful enemies by fighting as a seamless unit, inspire her. Truly, bees are the epitome of camaraderie.

Show spoiler
But most of all, she admires their perfect societies. Strong, peaceful, protected, and headed by a single all-powerful queen.

Has a strong Northern Orcish accent, but can tone it down if she so pleases.

Spell Save DC: 16
Spell Attack Modifier: +6
Spellcasting
Lay On Hands: You can touch a creature and draw from a pool of inner healing, restoring up to 40 hit points. You do not have to use these all at once, but may divide them up as you see fit. You may also expend 5 hit points from your pool not to heal, but to cure one disease or poison affecting the target. This healing pool replenishes after a long rest.
Extra Attack: Can attack twice, instead of once, when the Attack action is taken on your turn.
Divine Smite: When you hit a creature with a melee weapon attack, you can expend one spell slot to deal Radiant damage to the target, in addition to the weapon's damage. The extra damage is 2d8, plus 1d8 for any spell level you chose to expend above first (maximum 5d8). The damage increases by 1d8 if the target is undead or a fiend.

Aura of Protection: When you or a friendly creature within 10 feet of you must make a saving throw, the creature gains a bonus to the saving throw equal to your Charisma modifier (+5). You must be conscious to grant this bonus.
Aura of Conquest: You constantly emanate a menacing aura while you’re not incapacitated. The aura extends 10 feet from you in every direction, but not through total cover. If a creature is frightened of you, its speed is reduced to 0 while in the aura, and that creature takes psychic damage equal to half your paladin level if it starts its turn there.
Divine Health: Your divine magic makes you immune to all disease.
Divine Sense: You are particularly in tune with the morality of the universe. As an action, you can detect the location of any celestial, fiend, or undead within 60 feet that is not behind total cover. Within the same radius, you also detect any place that has been consecrated or desecrated. You can use this feature 6 times per long rest.
Fighting Style: Defense. While you are wearing armor, you gain a +1 bonus to AC.
Darkvision: You can see in dim light within 60 feet as if it were bright light, and bright light as if it were dim light. You can't discern color, only shades of green.
Powerful Build: You count as one size category larger when determining your carrying capacity and how much you can push, drag, or lift.
Features & Traits

The major events and journals in Austeja's history, from the beginning to today.

The list of amazing people following the adventures of Austeja.

Other Characters by [email protected]