The Fall of Lady Death

Run by Oneriwien
The Fall of Lady Death Campaign Page 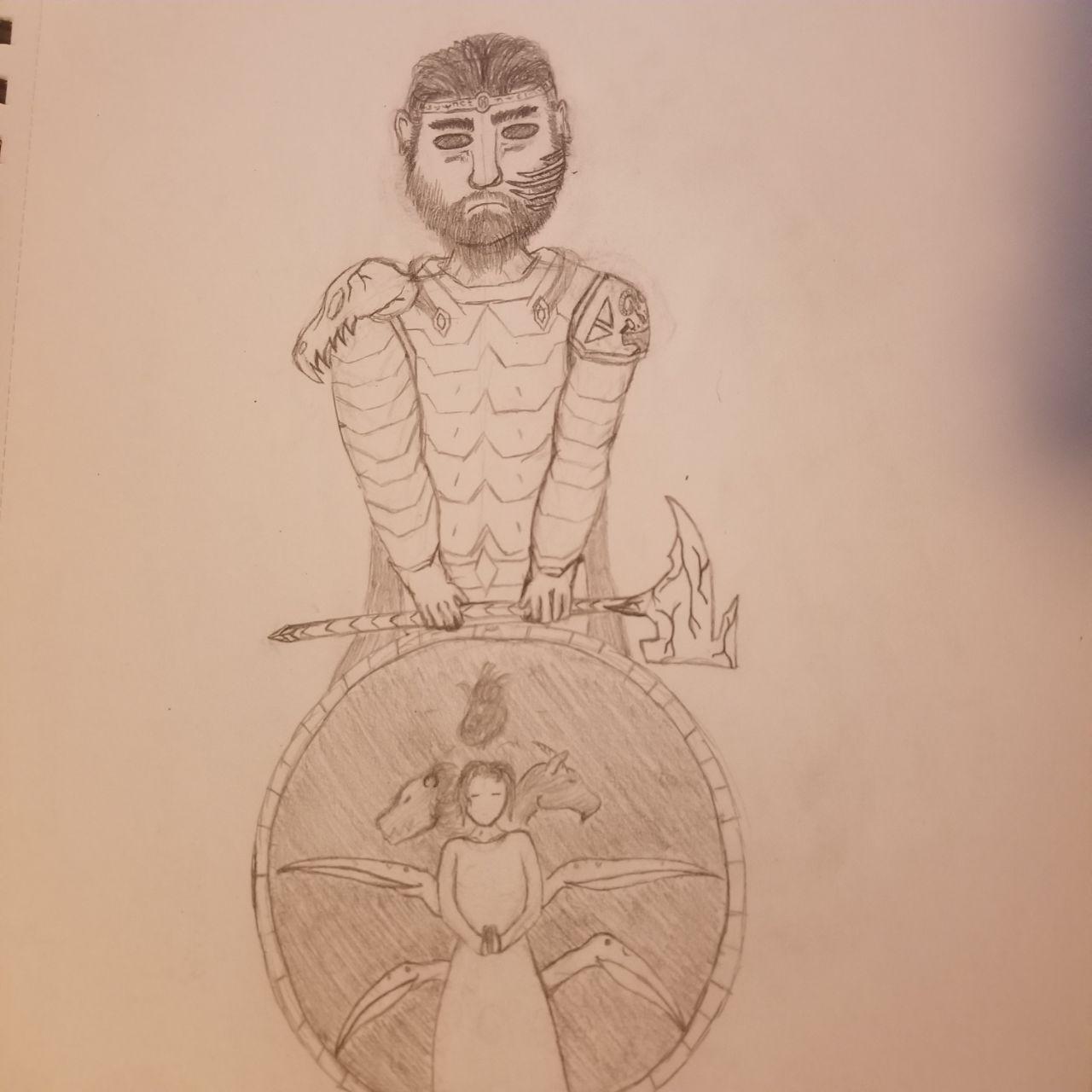 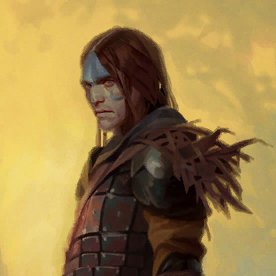 A quiet and composed monk of a mysterious monastic order. He bears a great weight and tries to enforce his monastic code on others. He is a protector of the innocent and the downtrodden, a slayer of the undead, but he will never kill when he can maim and never maim when he can subdue. To see this world purified is his greatest dream and the only way to realize it is to stick to his regimented code.

He stands 5,6" and weighs more than most grown men. He is skilled in hand to hand combat and inventive with his worn bo-staff.

Kelden's form is chiseled to look like an athlete at their peak form. Sharp, angular muscles blend together into an artful display. Adorned with intricate designs, writing, and the dress of a common monk.

Kelden's face us relatively featureless and smooth only the detail work and the plume of horse hair protruding from the back of his head differentiate him.

Besides being made out of marble and his horse hair ponytail the scroll that never leaves his side is easily identifiable.

One of Kelden's arms appears to be carved from a different block of marble upon close examination.

Kelden's dress has always been the traditional robes of his order along with several charms of prayer or protection.

Several iron spikes secured to his belt, a backpack loosely hanging on his back and a worn quarterstaff is all of Keldan's worldly possessions.

Kelden's fists bare down with the chill of marble and the power of his convictions.

Kelden received all his worldly knowledge from the lessons taught to him in his mountainside monastery.

Joining his brotherhood of monks.

Kelden follows the tenants of his order in all things, they guide him down the path of good.

To blatantly lie to another will leave your spirit without a voice.

A name is a precious thing never to be given form or otherwise written down.

Kelden can speak, read and write in common and elvish
Along with being able to write and read in celestial.

I wish to bring peace to this corrupted world. By the will of the Tenants I will cleanse this world of its corruption.

The good and righteous will find a friend in Kelden, while the wicked and the damned will find their worst enemy.

Kelden misses the experiences of living flesh, most notably his weakness for sweet pastries though he. can no longer taste them.

You will never see Kelden's smooth marble shell bear the blemishes of time or lack of care. Each facade of stone is regularly polished, repaired, and tended to.

Within a cave beneath a crescent moon

Cleaver:
To call Cleaver a brute would oversimplifying things. He is a powerful warrior but lacks the teaching to give it direction and purpose.
-He was a strong fighter, his skill in battle is admirable even if brutish.

Elias:
I do not believe in this mortal embodiment of one of the Nine but he is capable and shares my disdain for the undead scourge.

Oryn Runescar:
A young centaur and a skilled druid hailing from a centaur tribe. He sees balance in the world but lacks the dedication brought forth through dutiful learning.
-His work in the defense of Twinhill was invaluable, a tactician's mind lies deep beneath that mysterious surface.

Dead "Night" Night:
A tabaxi with the worst name I have ever heard. He is skillful enough and his knowledge of terrain and hunting will be a boon. He lacks any sense of the Tenants, it will be best if I do not get attached.
-He has no qualms with the death of others but his faith in the tainted nine is something we will never see eye to eye on.

Captain Talc:
He appears to be a reasonably skilled warrior, if only he had a sense of discipline. I will have to take matters into my own hands, at best I will have a figurehead while I whip those men into a proper guard. At worst I'll have to forcibly remove him.
-He held himself well, I wish him luck in rebuilding his battered town.

Shaeic Satin:
He will meet the judgment of the Tenants, of that no one may have a doubt.
-He is dead, by the hand of the Unfallen, may the great Lord of the Sky judge him harshly and cast his heart into the void.

Hargrave:
I feel as if he is a kindred spirit, his loss is my loss. Hold true friend, your heart will only lay heavy for so long.

Twinhill:
I am one of many who protected the town and its denizens fought bravely but I cannot see a world where they survive there much longer.

The only times to family that Kelden stil holds to are the bonds to those of his monastery.

The primordial forces of the world work in unison to bring balance to the world. One must walk the path of light under the guidance of the Tenants to achieve balance.

Kelden finds social interactions with strangers to be a challenge. His strict view on morals and regimented lifestyle alienates him fro others.

Kelden's speech is measured and even I'm every situation. A calm voice of reason in even though most chaotic of storms.

The major events and journals in Kelden Ru's history, from the beginning to today.

The list of amazing people following the adventures of Kelden Ru.