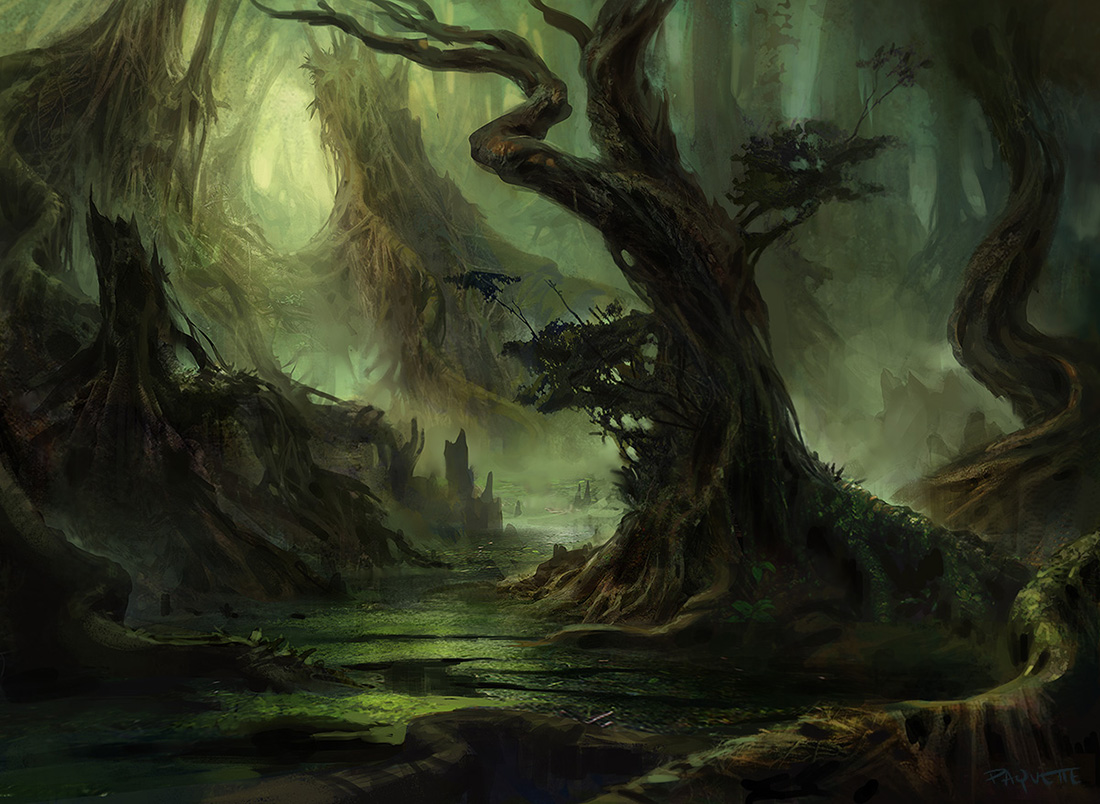 Dalaz was born in Ramoth Creek, a small village on the edge of the human lands. As a child he was intelligent and friendly and learned to love his family business, crafting candles. Somewhere around age 10, he began to notice an ability to change the world around him, starting with tiny things. He expressed it mostly in his candlemaking. Due to human fear of the unknown "magic", as he grew his growing ability became public and he and his family were shunned. Dalaz ran away to the elven lands to learn magic and to protect his family.
Dalaz was found by the elves and taken to a small village of humans like himself that had left human lands because of their abilities. There he learned magic, but also a lot of crafting skills. In such a small village, each person had many jobs, and Dalaz became more focused on crafting and less on social interaction and outdoor skills. He also changed his name to Imlazor, which he felt sounded Elven, and with that name he could disguise himself and enter human society without hiding his magic, but rather his race.

When travelling to the elven lands he met some orcs who considered him a physical wimp, which he is. He was forced to fight an orcish teenager and was humiliated and robbed, and sent on his way with nothing but the clothes on his back.

Imlazor is pretty religious, honoring each god for their knowledge and specialties, but some gods more then others. He is very informal about it all, speaking to them like Matthew Broderick in Ladyhawke.

Honor and respect in general, but especially the good gods.

Loves making things and learning about everything.

As I rushed to the family to free them from their bonds and see if they were okay, I realized that they would see an Elf doing so. At this moment of success and heroism, I wanted it to be known I am human and a wizard and not so scary and a good person. I dropped the elf illusion and greeted them as myself. Mostly, I still used Imlazor as my name. Will I be forced to always go by another name? Will I eventually become Imlazor, instead of Dalaz?

Anyway, with the family rescued, we sent for the son to come up, took care of the needs of the family, and searched the camp. We looted their treasure and packed it on the animals along with the rescued family, and were ready to head back. We noticed signs that one goblin had escaped as well as the one we let go. We decided we had to move and fairly soon. Vasha had sent her blessings to get us this far, but we also have to use our heads. We went southwest, to the coast, hoping for easier travel, a change of direction to confuse pursuit, and the hope of seeing vessels at sea. We found no vessels, but made better time along the plain and Putz could find no signs of pursuit. We were on the verge of the settled lands for our second night's camp and back at the family's farm on the third day. They expressed the desire to move to safer locations, so we spent a day there packing everything before returning to Ramoth Creek.

There, we finally had the time and privacy to question our goblin. He spoke orcish well, and so Luthar and I questioned him. He was proud, disdainful of our ability to get information from him, and highly insulting. Forgive me, Manwe, for using pain to convince him to speak out, but I did and he quickly did also. He spoke of his leader, Snogg, as the one wanting humans to give to Aginor, but didn't know why Aginor wanted them or even if this wasn't simply Snogg's idea. He did let us know what was really going on except that offering tribute to Aginor was the best way for his tribe to stay alive. Snogg's tribe does live in the swamp, along with the Black Kobolds of Aginor. He also strongly believed that Snogg would have sent multiple raiding parties at multiple towns to get the humans. If Aginor is behind it all, several tribes might have sent raiding parties. The humans need to be warned! We decide the goblin must be returned to verify the story; they may not believe our diplomacy-challenged party about this, and it's important.

We escorted the family into Ramoth Creek along with the 5 militia men. We told the authorities all we knew about what had happened, and I am back in Elf form. Letting 10 humans know is different from walking into a town full of people as a wizard. People don't change quickly, and planting a few seeds is different from getting run out of town again. We were thanked, sold our loot of goblin weapons and bought more healing potions, and waited for the next day to speak with the Baron.

The Baron's men escorted us to the Manor House and the Baron met us just inside with his wife. (Kursk stayed behind to watch the prisoner so our faux pas wouldn't be too severe). They were both charming, friendly, and thankful, but it was clear most of our party felt out of place here. In the end, Putz became our spokesperson, while the other three of us were either silent or putting our feet in our mouths. Erde certainly didn't choose us for our skill with words. After meeting them, we were escorted into a dining room where we met the children.

I had seen the family before, but it had been 7 years and they were different people now, as am I. Rosamund was very pretty, intelligent and well spoken. It seems she had been trained well to be the heir to the manor. Kellen had become a strong young man and well on his way to becoming a strong defender of his people. Stark, whom had been only a toddler when I fled the town, was only 11 but carried himself with the grace and subtlety of someone far older. It eventually became apparent to several people (though not to me. Feeling increasingly out of place, I had finally shut up to avoid further embarrassment.) that Stark was actually the one steering the conversation. He was both sizing us up and trying to get information while maintaining a charming demeanor and manners. Oh, for a fraction of his skill!

After dinner, we returned to the sitting room for more conversation. Again, the Baron and Baroness let their children do most of the talking. Feeling a bit morose, when pipes were brought out I tried to blow a smoke ring. It too, was mediocre at best. In frustration I used a little Prestidigitation to color the smoke rings, and then openly shaped them into triangles, squares and other geometric shapes. I am a wizard and not ashamed. Let's see what they do.

To my utter surprise, Rosamund, who wasn't even smoking, started blowing smoke triangles also WHAT IS GOING ON???? Rosamund, daughter of the Baron, was using magic around her family and around us, and only I am surprised? Sure, the other races aren't surprised, but they didn't grow up as I had. I just stared. I can't believe it. I had to talk to her in private. A bit later, she came over and we spoke. She keeps her magical ability secret, but not from her family. She is a sorcerer (not sorceress) and is entirely self-taught, and her family has accepted that. Amazing. She vaguely remembered me as I told her I was not an elf, but human and from Ramoth Creek. She seemed to sympathize with my story, but I could tell her little. I still had to keep secret the existence of Hudham. I will also keep her secret, even from those from my village, but such hope I have now, even from such a singular exception to the mistrust among my people. Even Nevin, the father we had rescued, had clearly never trusted me, watching me constantly as though I wished to steal his baby. Perhaps someday my people would accept me and those like me.

Despite the revelation about Rosamund, the evening couldn't end quickly enough, and I was glad when we could go home.

The major events and journals in Imlazor's history, from the beginning to today.

The list of amazing people following the adventures of Imlazor.