The smell of sickness burned in my nostrils, the scorching heat only adding to its intensity, here in the cradle of civilization...

I was always told I wouldn't have to worry about anything, being a trust fund kid, but when people start to rag on you because of your privilege, the chip on your shoulder grows to the point when you want to prove to yourself-- and everyone else-- that you can make your own way in the world. Sure, I was able to get into the top medical program in the country, all bought and paid for by one of the oldest families in Salem-- my family, the Davenports. Our lineage traces all the way back to the days of the infamous witch trials. Yes, THOSE witch trials.

I wanted to do something more with my life, with my medical degree. Show the world that I'm not just some rich kid who only became a doctor because of mommy and daddy's money. I decided to join Doctors Without Borders. Use my skills, help the downtrodden and less fortunate, see the world and all that, right?

A few months ago, we were sent to Yemen, to help the victims of the famine, a result of the civil war and corruption that has been raging in the region for years. We had been treating people for a few weeks, giving them food, clean water, in addition to desperately needed medical aid. There was a boy Faraz, only 8 years old, so innocent, so precious. We connected right off the rip. I saw him daily, and he was always eager to play a game with a pair of dice he always had with him. They were simple, but elegant, crudely carved from some sort of animal bone, from what i could tell. After making what I thought was great progress, he suddenly passed away. Apparently the damage was done to his fragile body before we arrived. I was crushed. His parents gave me his dice, thanking me for all that I tried to do to help him.

Two days after his passing, I saw young Faraz again. At first I thought I was hallucinating, a result of the extreme heat, a hellish fire that permeates every pore, every tiny nucleus of every cell in your body, burning you from the inside out. But it wasn't only him. I saw others that I knew to have passed on since our arrival.

And then I saw HER. Among the dead, but not part of them. I could tell by her dark sheen, that she was not like the others that had passed, but also not of the living.

It was when she touched me that first time, that the answers started to come to me. I could see them everywhere. And not just them, I could see peoples' place in the great wheel, and then I understood. I could reach out and touch their destinies, their fates.

A great stillness came over me, grounding me to all creation and what came before, and what lies after. I became calm, and I KNEW.

We are all just spokes in the great turning wheel. Life, as we think of it, is not the only part of existence. There is much more. And what has happened before, will all happen again... 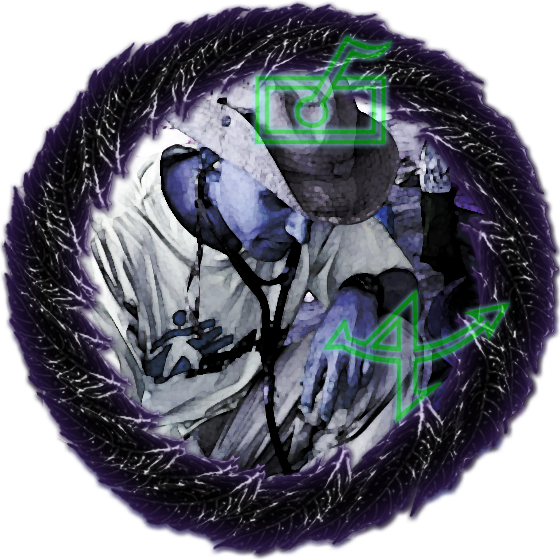 The major events and journals in Richard's history, from the beginning to today.

The list of amazing people following the adventures of Richard.