Hope is an idealistic teenager resolutely committed to the idea that the world needs hope, especially now that villains reign free. She's named herself Hope with that intent. She is a high strength, high flying brick.

Hope is an idealistic teenager resolutely committed to the idea that the world needs hope, especially now that villains reign free. She's named herself Hope with that intent. She is a high strength, high flying brick.

She has barely begun to discover the true extent and uses of her powers, as they are still evolving. Hope is all about her flying and is constantly trying to push it further, faster, better. For the most part she will rely on the speed of her flight to do passing strikes on opponents as she flies past them.
Date of Birth
June 19th, 2003
Gender
Female
Eyes
Blue
Hair
Blond
Skin Tone
Light
Height
5'9"
Weight
143 lbs

Long blond hair, blue eyed and beautiful. Hope is everything the world could hope for in a superhero. She dresses in a hero outfit that reminds the world who the world's heroes were, and still are.

Ishtar was named after the ancient Babylonian goddess of love and battle. Unbeknownst to her parents at the time of course was that maybe there was some truth to that naming. She proved to be an only child, and was showered with their love and attention, seeds of empathy and ethics well sown.

Ishtar was overjoyed when as an infant, she saw the huge comic book collection her father had bequeathed her. That was how Ishtar saw it when she discovered her dad's collection anyway. Her dad very calmly explained to her how precious they were and how they needed to be handled gently, but he was tickled pink by her enjoyment of them, and especially when he saw her teach herself to read in mere weeks so she could enjoy them fully! From her infancy, Ishtar has steeped herself in the universe of superheroes, and that heroic ethic has burrowed soul deep in her.

Ishtar was just thirteen years old when the vanishing happened. To her utter horror and dismay, that day her parents also both vanished. Her father's best friend, a Swiss banker named Eric Anders, hurried to Millennium City and took her in. Her father had been a careful man and had left not only a strong will, but an estate worth a tidy fortune, which Ishtar inherited. Eric took good care of it, and saw to it that Ishtar had a strong income with which to carry on.

Ishtar was long oblivious to her powers, merely thinking herself unusually gifted in her pursuits of track and field and gymnastics. She realized the truth when at the age of fourteen, she tried a discus toss for the first time, and quite accidentally threw the discus all the way over the track field and clean through a building on the other side. Fortunately no one saw the throw. Even more fortunately, no one got hurt. At that instant however she realized two things, one that she had power she better figure out and learn to control, and two, that maybe she should be circumspect about it. Villains ruled the world and she'd better be darn careful.

That's when she started experimenting, always in private, seeing just how much she could lift, which was a lot, how fast she could move, etc.. Her movement proved a bit disappointing till she tried to jump as high as she could and took off like a rocket! She can fly! When she discovered she was also remarkably impervious to being hurt, actually being literally bullet proof, the decision to do the superhero thing was a no brainer. She was one of them, the super heroes she had enjoyed reading about for so long! Again though, she urged herself patience. Train, practice quietly, till you are sure you are ready.

She confided in only one person, her guardian, Eric Anders. Perhaps oddly, Eric was not incredulous, but instead coached her to ever more extreme caution. Nor did he attempt to dissuade her from her announced intention to try to fight back, other than to advocate being really smart about it, to train and prepare first. The two of them worked to establish an alternate identity for Ishtar, Sabrina Sage, who would go on to university while Ishtar would get ever more obscure. This was largely to create a buffer between Ishtar and her trust fund, not to mention Eric, and the soon to be superhero. The trust fund would be useful as it would let her concentrate on her mission of being the world's Hope.

Her flight was the dream for her. She was super strong and resilient, and that was really useful if she was to one day join with the heroes defending the world, but flight was a joy from heaven! One of the very first things she tried of course upon learning she could fly, was to see how fast and how high she could fly. It took her very little time to find herself floating in outer space, looking down at the blue green globe of the Earth. The very next day, she made her first trip to the moon.

She developed quite the fascination for the subject of the moon and such. I mean she ought to no? She's a moon explorer! Her deep cover alter ego, Sabrina Sage, would go to Millennium City University to study astronomy and geology so she could be better with her moon exploration.

Unfortunately Ishtar's youth, inexperience, and exuberance has come with a price. As cautious as she and Eric have been, there have been more than a few instances in which Ishtar has discovered situations in which she truly could, and did, foil plans of supervillains. A few have been foiled several times. Hope has been seen in the world, fighting back, and she has already incurred the enmity of Viper and others

Hope is brand spanking new to this, her talent is still completely raw, but she is deadly serious about being the hero she is clearly destined to be. She will rise to the challenge, she will do what is necessary, or she will die trying.

Upon making a dramatic entrance, "Surrender or I'm going to have to hurt you."

Trust fund provides an income of roughly $200K per year. 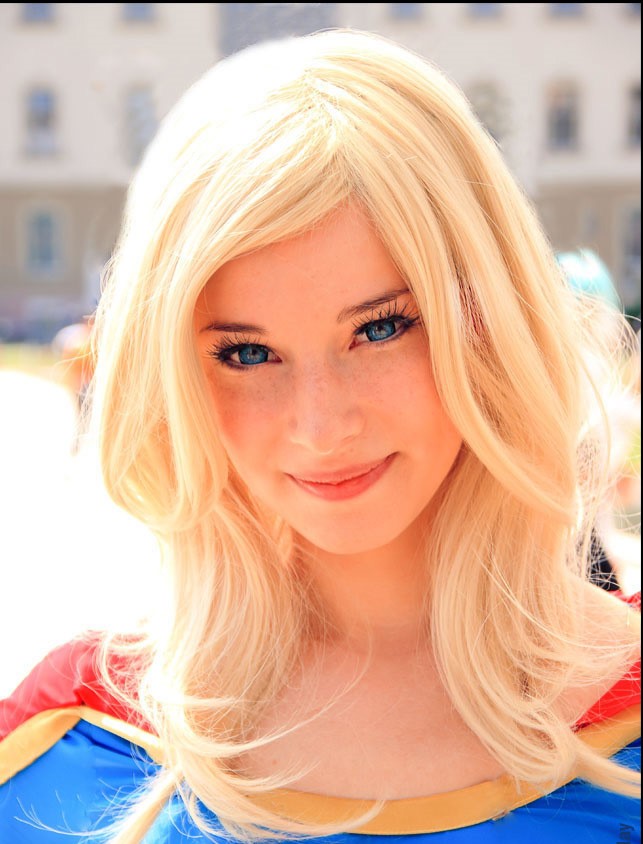 Hope was flying high and fast, well above the building tops, unlikely to be seen. The lack of powered heroes emboldened the criminally inclined, and left those few cops who remained, those who stayed on trying to do the job, hard-pressed indeed. She was always wary of the villains setting an ambush for her, but a getaway car at speed was extremely unlikely to be a trap.

She was watching the car careen through highway traffic, other cars swerving desperately, accident after accident ensuing. A lone police car followed but hung back, clearly trying to not goad their pursuit into even more reckless driving. The danger posed by the thieves was even greater however, as they had equipped themselves with automatic weapons and heavy armour, and they had proven to be more than willing to use those weapons during their bank robbery.

Hope could not risk them deciding to spray their weapons at innocents when she intervened. She had to stop both of the thieves at the same time and stop them hard. The decision was easy, the timing was not. She had to catch them when there was little nearby traffic, yet she couldn't wait too long. So far the accidents the crooks had provoked were relatively minor, but that luck couldn't hold long.

Caution warred with the immediacy of the danger, and she took her shot when she judged other cars far enough away to brake in time. She plummeted onto the highway like a ballistic missile to land braced for impact right in front of the car. A split second later the car smashed into her and crumpled, both thieves going straight through the windshield. Other cars did indeed break in time.

Hope winced, not from the pain of the impact, though that did hurt, but because the two thieves landed hard and skidded a long way. Hope had never killed before and she very much wanted to avoid that, but these two had to be stopped. Even if they didn't make it though, it would still be justice. They had already killed innocents.

Hope went to check on them, she had to know. The sole cop car pulled up as she sighed with some relief. Both were in bad shape, but they would likely live. A few civilians had gotten out of their cars to gape at an honest to god superhero. The two cops getting out of their car were clearly torn, they knew they'd be in trouble if they didn't try to arrest the vigilante, but they were also clearly not particularly enthusiastic about it.

"It's ok boys, I understand,"  Hope reassured them. The word does have to go out. There are still heroes. She smiled as cell phone cameras clicked for the brief moment Hope remained.

The major events and journals in Hope's history, from the beginning to today.

Hope. Hope for the future. Hope for a better world. People needed to know there were still those who were doing what needed to be done. Hope was a good name for her Hero identity. People didn't know she was that Hope. Hope was a heroic figure who stood...

Hope was flying high and fast, well above the building tops, unlikely to be seen. The lack of powered heroes emboldened the criminally inclined, and left those few cops who remained, those who stayed on trying to do the job, hard-pressed indeed. She was a...

The list of amazing people following the adventures of Hope.