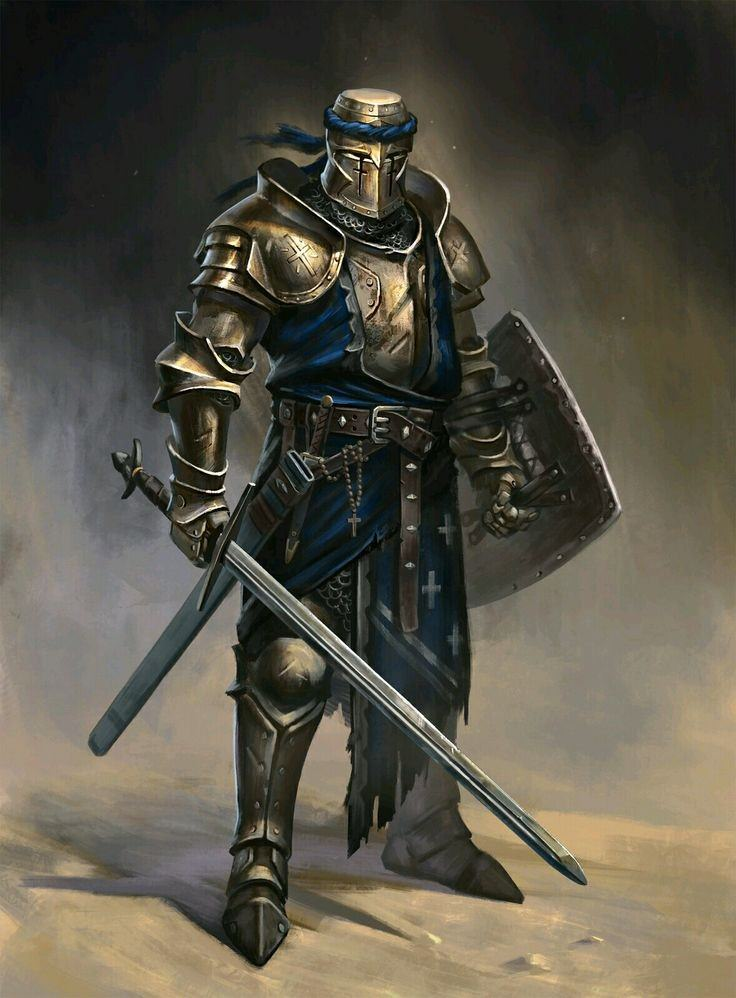 Dylan was the descendant of a brave knight family…that was almost wiped out and force into hiding after the Great Dragons incident happened; now his last name is just a common one that no one remembers. But this didn’t affect him so much since it happened so many years ago; he was just a common young man living a normal life in a small town in Emic. He was a simple farmer, with a kind nature and hard worker.
One day faithful night a rampant dragon attacked his town, the local guard had little to no chance against the beast. Seeing the poor men giving their lives to protect the civilians reminded him of all the stories his father used to tell him about how knights protected others and vanquished evil. Almost instinctively he went outside his house, grabbed the sword of a fallen guard and attacked the monster, Dylan wasn’t much of a fighter but for some reason this felt natural for him, he was able to land some hits on the beast but soon this battle became a situation where he could only dodge or try to at least not to get so hurt.
But soon was overpowered, he was about to get himself killed until a man appeared and with one mighty swing of his sword he obliterated the ferocius beast, Dylan could almost sworn that the man’s sword was shining with a strange light. Dylan had no chance to thank his savior because he had ran away into the night and Dylan realized the wounded needed treatment so he help to carry them to the nearest healer.
Three nights later a man knocked at Dylan’s door. It was the man, Dylan invited him in and after thanking him the man asked him why Dylan tried to fight the dragon. Dylan explained how he couldn’t stand how innocents were harmed and for some reason it felt natural for him.
The man pondered on Dylan’s answer and told him that being courageous and trying to protect others is indeed a good thing but courage alone may end up on a premature death. But to his eyes Dylan had potential and that he was willing to train him but Dylan had to leave everything behind because his ways didn’t allow him to remain stationary in one place for too long, if Dylan agreed the man will be camping outside of town for one week.
Dylan thought about it for two days, abandon everything and follow a man that he didn’t know about, but then why did he save Dylan?
But for some reason Dylan felt that he could trust this man. In the next few days he sold his house and told everyone that he was leaving trying to pursue a new career. He went to the man and agreed to go with him.
The man revealed that he was a warrior follower of Bahamut and his job was to vanquish evil dragons from this world and that since that day on he will train Dylan to hunt them down and he will teach Dylan about Bahamut.
Years passed and Dylan learned everything the man teach him, he met other follower of Bahamut that also shared their experiences with Dylan. One day the man told Dylan that he had taught him all that he had to teach and now it was up to Dylan to train and gain experience on his own and so they parted ways.
Dylan now on his own was ready to face any challenge he may find, help others in need and hunt the evil dragons that haunt the world, now he was ready.

The major events and journals in Dylan's history, from the beginning to today.

Dylan was the descendant of a brave knight family…that was almost wiped out and force into hiding after the Great Dragons incident happened; now his last name is just a common one that no one remembers. But this didn’t affect him so much since it happ...

The list of amazing people following the adventures of Dylan.