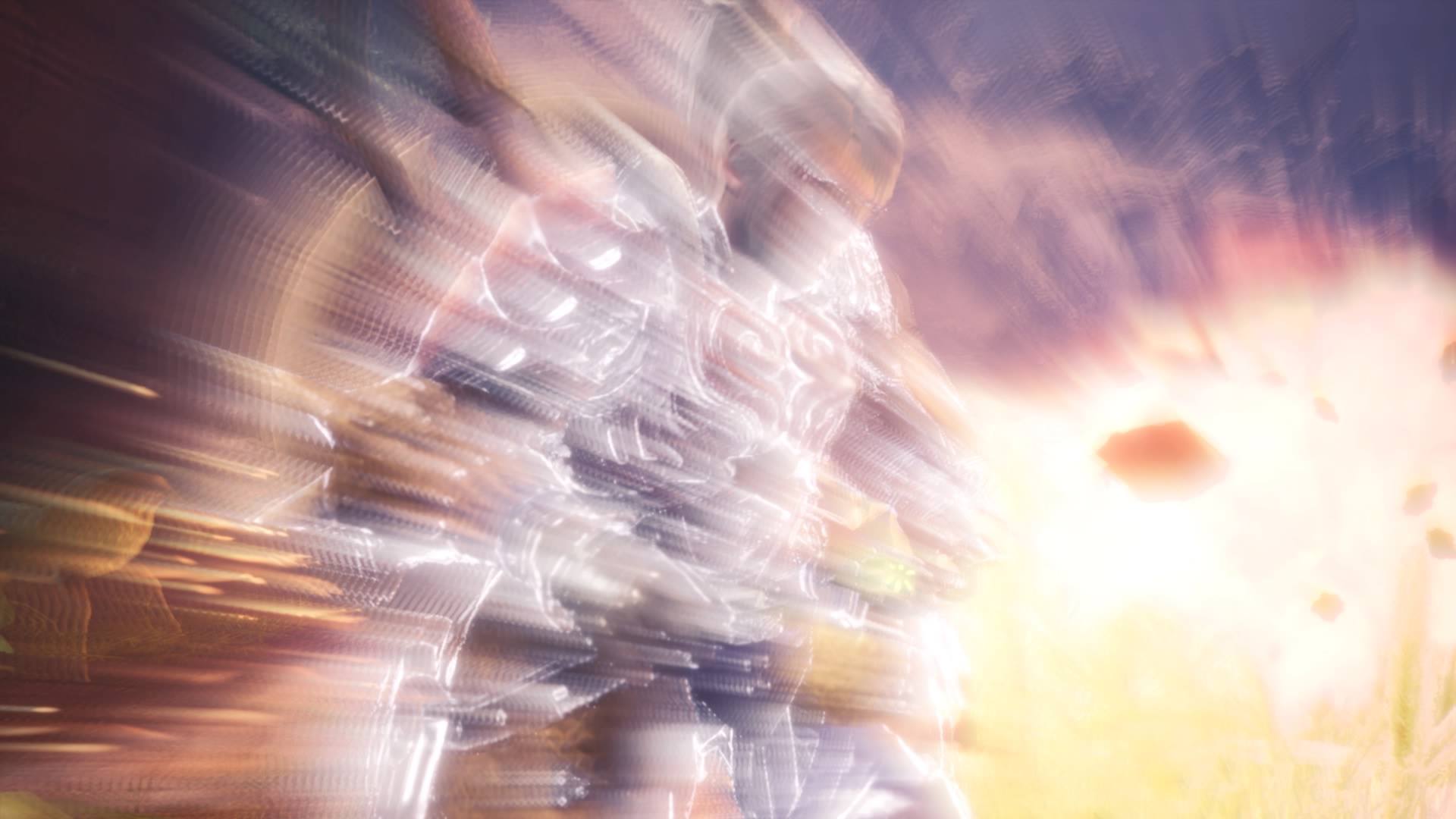 Out in the deserts of Kushina is an avid animal lover and proud owner of a sanctuary ranch.
Locals of Kushina would know of the name, Hirça, an energetic explorer with an atrocious Draconic accent, but hard-working ethics. [WIP]
Hailing from her home in Byre, she ventured out seeking a life of excitement and fulfillment. She is currently settled with a fennec fox sanctuary.

Hirça has a humanoid body with the usual torso, arms, hands, and fingers. She has ample hips, and her large tush fills out her shorts nicely. Toned legs extend below her waist, ending in human feet. Her middle is slim and smooth. Her bust could easily fill a B-cup bra.

Her pear-shaped frame stands at 5 feet and 5 inches tall or 1.65 meters. Lean shoulders hide her archery training.
She has pale skin that blends with the sands of her desert home.

Hidden on her left shoulder blade are three scratch scars left by the talon of an axbeak.

Her face is feminine and elven in shape with pale skin. She has a narrower nose like that of an elf, and a pair of pearlescent eyes, a vestige of her Moon-Elf lineage. A pair of half-elf ears extend from her head, they appear human at first but features a slight point. A modest application of lipstick gives her lips a glossy pink appearance.

She has black straight hair that's fashioned into a hime-cut. A ponytail was tied for practicality.

Hirça is dressed in leather armour that has been optimized to ventilate and regulate underneath the desert sun of Kushina.
For better insulation, she wears a hooded mantle with a blue dragonscale scarf for ease of breathing and cooling.
Girding her bow-arm is a leather guard commonly found with archers, though strangely enough, she does not appear armed with a bow. On her other arm is a bracer with a metal apparatus of unknown function.

When exploring the desert, she is seen with a leather harness that holds her supply backpack and a small keg of water.

When faced with unknown circumstances, she would sniff the air to canvas her surroundings.

Hirça was raised by foster parents in Byre for a good portion of her life. The village itself was not exciting and rarely does an adventurer pass by. When one did, however, it drew Hirça's attention.

Despite warnings from Haser, her foster sibling, she insisted on embarking on an adventure with this travelling stranger.
The foster parents didn't care much but wished her a safe journey.

It wasn't long til Hirça was subjected to the stranger's cold treatment, though unsurprisingly, she was more of a tagalong than an actual travel companion. A few more days in the wilderness, the stranger (later learned his name as Dionysos Emere) took pity on Hirça and trained her the basics of rangerhood; Hirça was a budding talent since.

Her time in Kushina was rough and eye-opening. Landing herself in debt and potential body-debt if it weren't for a woman at the Earthly Pleasures. Hirça would later know her as the Matron. The Matron, intrigued by the change of heart from the cold ranger, decided to take Hirça under her care. During her stay, she would learn the business and "crafts" of the Earthly Pleasures while doing surface-level work with Dionysos Emere.

A mission at Bo Darin would change her fate in ways she never imagined.

Having lost her mentor, she decided to join a band of adventurers who were conveniently going on the same route.

Hirça is currently a rancher of her own sanctuary, aside from being a desert explorer, she would help lost travellers on their proper path.

Hirça became a pseudo-monster hunter during her excursion in the desert.

After some events, she retired back to Kushina and settled as a fennec fox sanctuary rancher. Using her newly acquired funds to jump-start the estate.

When attempting a coordinated attack on a wild bear, the ally failed to dodge in time and Hirça's well-placed shot killed said ally.

"Dangerous beasts, those axbeaks... One conk from their beak and you're as good as dead."
An incident with an axbeak during her childhood has given her a fear of axbeaks.

"It is dangerous to venture alone."
Hirça believes that leaving someone alone or wondering alone would result in someone dying. This has happened enough times for Hirça to believe that someone can and will die should they straggle off alone.

"Oz! Duck!"
A friendly-fire incident during an encounter with a wild bear has left Hirça with PTSD, though a mentor later helped her cope with the scope of the incident and move on.

Hirça may not sound like it, but she is an exceptional ranger and navigator.

Hirça prefers pacifism to solve problems, though there have been individuals that put her belief to utmost bearings.

Hirça tends to fancy her own gender but has occasionally glanced at a few males.

Hirça sees herself as female.

Growing up as a foster child, Hirça never really fit in with the eldrin society of Byre. Their laid back and low profile nature often bored Hirça. Still, there was plenty to do until one day, a stranger arrived at their quaint village. Hirça went and cast her curious gaze at this stranger to find his outfit and gear appear to be fitted for traveling.

"I have a weakness for the exotic beauty of the people of these lands."
Almost on opposite ends from her former home, she now finds new residence at Kushina, enticed by the beauties found in the Earthly Pleasures.

"Mmm... she smells sweet and spicy~"
Hirça tends to sniff a new stranger to create a scent profile of them.

Hirça prefers to keep constant cleanliness despite her adventures leading to the opposite of such.

Haster, her foster sibling.
Dionysos Emere was Hirça's initial mentor that introduced her to rangerhood. He met his demise during his assault at Bo'darin.
The Matron of Earthly Pleasures is Hirça's mentor... of sorts.
Artura Reinnleuchte is a friend and ally, initially met her in her firebird form.
Nimhe is an ally.
Thostin Ray is ally... of sorts.
Jack was... a travel companion and nothing more.
Iobart was... a travel companion and nothing more.
Ardryll Faeorn or she first knew as Talvaster is an ally.
Céar of House Nchenleft is an ally or at least she liked to believe that.
Corellon is a Solar and was Hirça's mentor for further ranger training.
Bori the Warmhearted, is a Bronze Dragon that Hirça later employed to guard her treasure trove with the promise of it relinquishing to her upon Hirça's passing.

Guarded by a bronze dragon, Hirça has amassed a wealth that was rewarded for a grand deed.
Though its existence is only known to a select few who knew of her involvement.

Hirça has a foster family back at Byre.

Hirça's free-spirited nature is reflected in her attitude towards people in general.

Gone was the shy and nervous Hirça and now a confident and sometimes flirtatious Hirça treat everyone with a good outlook, save a select few individuals who Hirça will always remember as scumbags.

Smoke and Flash are Hirça's two most experienced animal companions at her ranch. Sometimes they are sent out to monitor for lost explorers. They have been trained to be cautious towards all travellers and would only return to Hirça to report their findings.

Smoke is a strange smokey grey fennec fox while Flash is an eerily white fennec fox.

Zip is Hirça's Ranger Companion. Though he looks like a normal fennec fox, Zip is the most experienced of the three sentinels in Hirça's ranch. Zip has been through a lot with Hirça and was the first true beast companion. The rougher appearance of his fur seem to imply a comprehensive combat experience. Aside from the ranch, Hirça and Zip are rarely seen separated.

When at the ranch, Hirça exercises her handcrafting skills learned from her time at Byre. She would make straw toys for her foxes to chase, chew, or whatever else foxes do with small prey.

While not often seen as a hobby, Hirça would venture out into the desert in search of lost landmarks that might have been buried in the sandy dunes. She would make maps to mark her findings and sometimes even post jobs at Kushina for curious adventurers to explore.

Hirça tends to sport a Texan accent, which her elven brethren finds appalling. 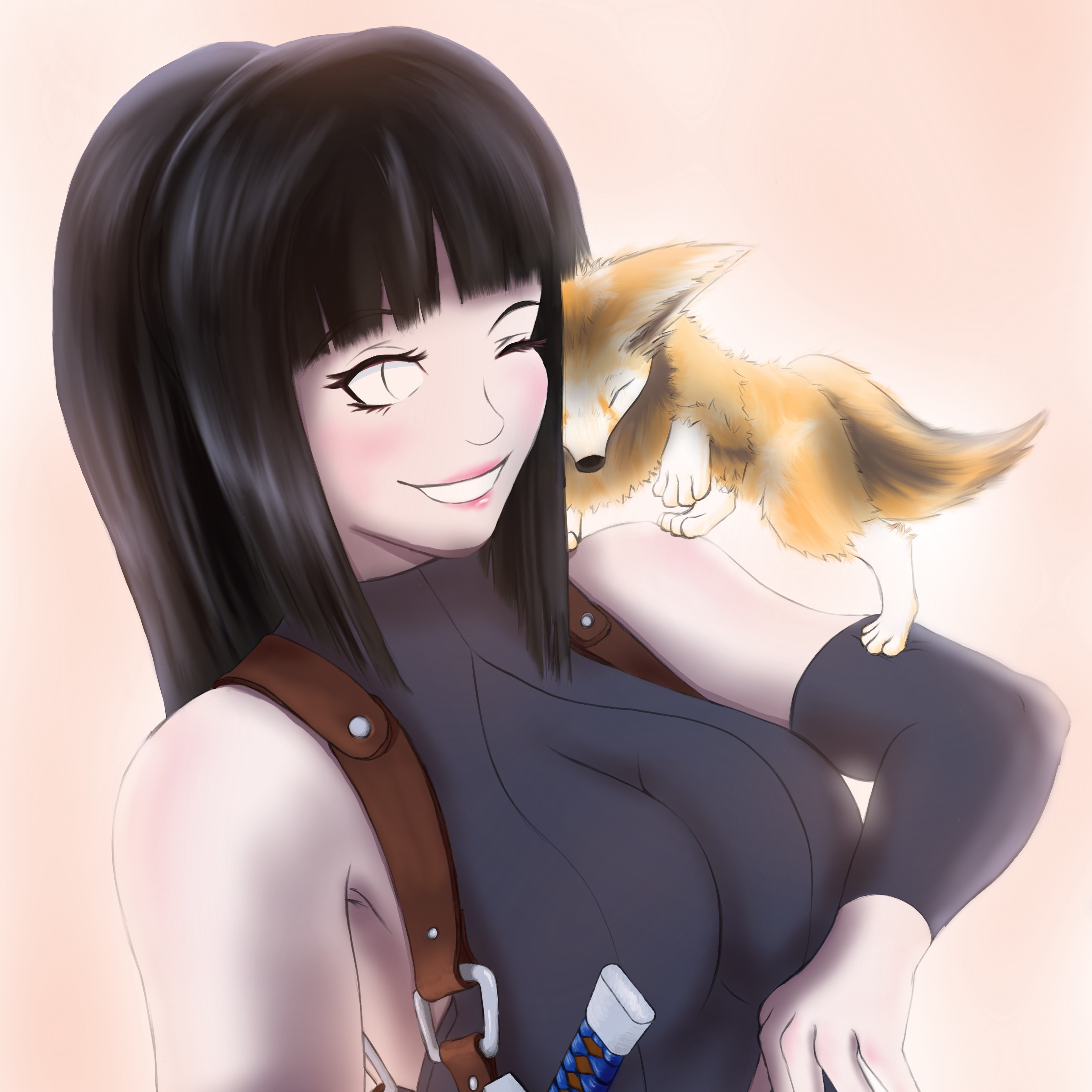 The major events and journals in Hirça's history, from the beginning to today.

The list of amazing people following the adventures of Hirça.