A soldier in a new land trying to discover a new lease on life. Upon finding Leyton, he found more than he could hope for, a land and family for him to protect.

A soldier in a new land trying to discover a new lease on life. Upon finding Leyton, he found more than he could hope for, a land and family for him to protect.

Dear Search Committee,
It is with great eagerness that I, Broderick Valentine, write to you inquiring for a position within the Third Mixed Regiment of Their Majesties' Military Order. You will find myself to be a valuable and ambitious candidate for the 3rd MR and I am honoured to be given the chance at such a grand opportunity. Hopefully, by the end of this letter you will be just as convinced as I am that I am a perfect fit within your ranks.
My experience within the security and enforcement sector stems from my time within my local militia in the highland region of Halvvies, Sorjund. I joined while still a youth and served for three years, participating in military exercises, marches, raids, and routine logistical duties. While in ranks, I served under the mentorship of Sergeant McKeen, who you may contact to vouch for my efforts and reputation while serving. In this capacity, I served as a pikeman and trained with several members of the unit to fill additional roles as needed. My position within the militia did not exceed the ranks of conscript due to our limited size and relative times of peace. Our unit served within the highlands to deter infighting between local clans and bandit activity. My experience with this unit qualify me as a trained fighter fit for duty within the Third Mixed Regiment.
I seek a position within the Third Mixed Regiment to find a new place within this world for myself. Between my time as a conscript and now, I have taken time to learn trades as a trapper, however I find that business dealings are beyond my grasp. I require steady employment, like that which the 3rd MR may provide, to assist in recovering from financial deficits left to me by a business partner within the Fur and Trapping trade. I believe that my skills as a trapper may prove useful along the wild frontier, of which it is rumored the new world is abundant with. At the very least, the 3rd MR may rest assured knowing they can save unum in my employment, as I am well enough a trapper to sustain myself on the frontier.
If the search committee of the Military Orders finds me a fit applicant, they may contact me at the Sleeping Shepherd Inn at Halvvies, Sorjund. I would ask of the committee to refrain from seeking out my Kin within the countryside, as I will surely be available for contact at the Sleeping Shepherd Inn and ready to leave as quickly as I receive orders. I have little connections within these realms, and have made arrangements to leave my estates to those who can maintain them during my absence.
Thank you for your consideration,
Broderick Valentine

Short beard, keeps his face looking older and less round.

Medieval style with a mix between Roman and Celtic asthetics. Looking to blend more modern themes in the future, however Broderick is torn between his home land and blending in with the locals.

Uses several weapons when it suits him. Brings a shield in when a battle is coming, but patrols with a spear.

Knows basic first aid, can survive off the land.

Background details
Broderick was born and raised in Halvvies, Sorjund in a simple lifestyle in the countryside
Broderick was conscripted into a local militia under command of Sergeant McKeen, am Erdenkind soldier who taught him how to fight and was a mentor figure
Broderick had a failed business venture. Broderick claims it failed due to his business partner, a Zahnir woman named Audrey Hux, however the truth is that the failure was a shared one. Collectively, the two owe 300 unum to local loan sharks. Audrey disappeared about six months ago without a trace.
Broderick left Halvvies without telling many, especially disappointing his brother, Emerson Valentine.

Standard education, no higher learning. Mentored by McKeen during his conscription.

Soldier of the 3rd Mixed Regiment of the Empire's Military Orders

Fought off the Ahool, returned the citizens of Leyton to their homes.
Discovered and assisted in the unearthing of the Leyton Mines.
Sheep Wrangler
Essential to aiding the Ritualist guild in uncovering the secrets of the Leyton Device.

Feels internal strife among colonists is in bad taste and needs solved quickly and preferably through legal channels.

Dreams of a simple life, but his urge to become involved and help often only lands him in more complex situations. 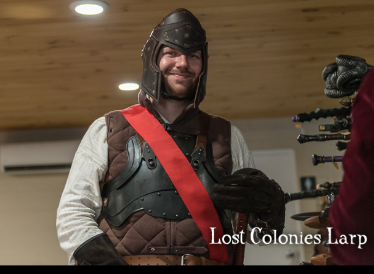 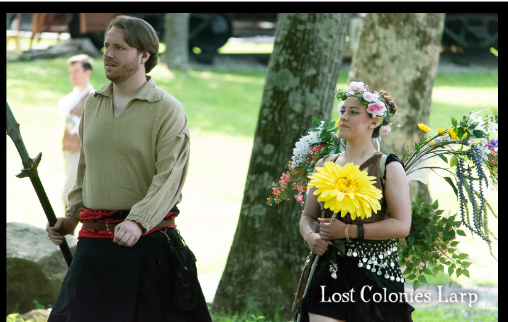 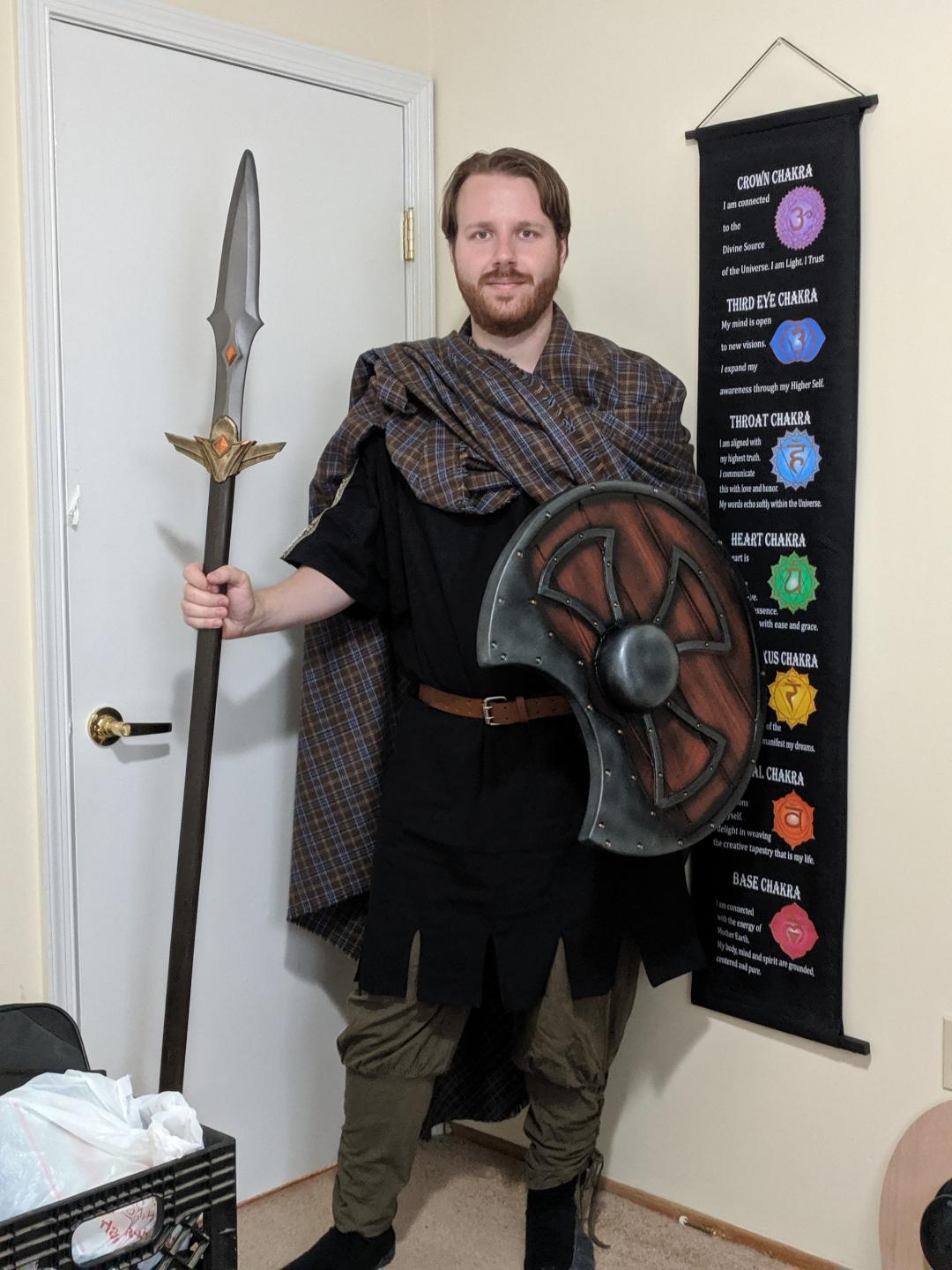 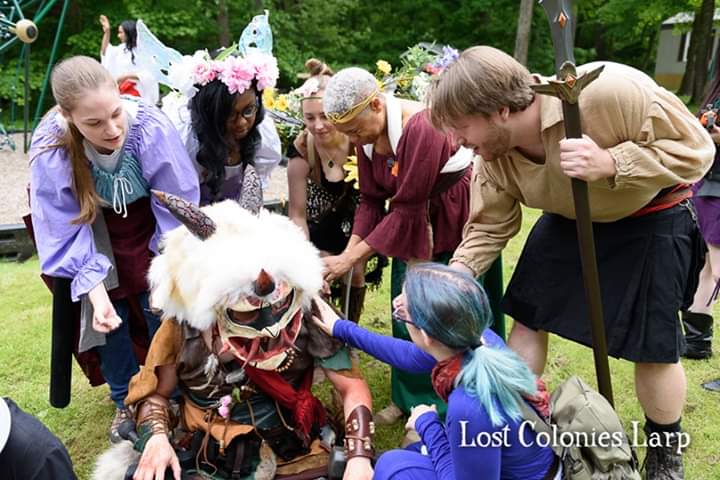 Twas Saturday morn when I dinner my armor and went with Brandis to go on patrol once more. The infection was dormant within him, regardless, I needed to be careful. We were tasked to protect a high value target, an Author from the old world. They were writing about life in these borderlands and wanted an escort to see a day in the life. We traveled, scaring off Savage wildlife, and meeting up with a scouting party to begin the cartography of Leyton. I had even lended my sword to the Author for a chance at squaring up with a male brown bear who wandered too close. They proved their prowess to my surprise, it is not easy to wield such a large weapon. However, They could use some help with the flintlock. Their first shot went wild, putting a hole in the ceiling of the local range. The other, well, that dented the armor of Brandis's boots. He was not happy with that one, but we were lucky it wasn't aimed higher.

The patrol continued well into the afternoon, and when I returned I had found Lady Lilly busy with cooking a feast for the Spirits Rest. I brought her bear meat I recovered during the hunt. She was pleased, though I could tell she wasn't set on just helping cook in the colony. She was far too ambitious for that. I knew she wanted a chance at some kind of responsibility or power, but for that she needed land. Ranger Anya had mentioned wanting a Ranch, and Kruger had mentioned something about a Mercenary company. I brought the four together and we pulled out our life savings. 80 Unum! Surely, that could buy us a ranch! I went to the quarter master and they said they would put out feelers for us, and seek out sellers. Land will be a good first step. A steady income would be better. Even best, a rich friend. I know that my debts won't follow me here, but i can't help but feel that each day spent sitting still is one more day they're coming to rob me again. Atleast soon I'll have collateral.

We gathered some last minute herbs and returned for the feast. The spirits rest ran an excellent main course. We spoke and luaghed as old friends do, but as we left the tavern we noticed that something was awry. The scarecrows, they had moved. Changed. I asked others, they claim the scarecrows weren't touched by the hands of the local flavor. Something was off here, and it was soon we had discovered that the infection we experienced the night before wasn't over. As the foggy Dew rolled across the valley, the bodies of scarecrows broke off of their crosses and marched towards the tavern. They grabbed farm implements, sharp and dangerous. The 3rd Mixed was ready. Long gone were the days when we were assailed by the legions of Ahool. Now we were a well trained force to be reckoned with. My blade made purchase with many bodies, cleaving from one scarecrow to another. Their straw bodies were lit aflame with spiritual enchantments, and the sound of hundreds of squealing and screeching grubs filled me with relief. Our scouts snuck by, finding the source of the infection, and went to grab the remainder of the lead poisoning. They moved into position, and the 3rd Mixed Regiment served as the Vanguard against the horde before us, but we were wounded. A scarecrow jumped on me, and began ripping into my abdomen with its sharp scythe. If it had not been for my gambeson and plate, I would probably had not survived the attack. The Medicus rescued me, got me back on my feet, and I returned to the field of battle. So close to the source, I swung my sword in wide arcs, knocking the larger scarecrows away as we advanced. Once the led poured into the swarms nest, Albrect, the witty Alchemist, dropped in a few firebombs. The swarm stopped emerging, and we burnt the rest of the infested scarecrows. Our duty was done, and the 3rd Mixed Regiment has won the day.

Apart from the madness, I had spoke to a few interesting folks that fateful day. The mayor of Leyton was interested in speaking with me on passing legislation. I think it could go a long way into helping restrict the actions of high risk actors. I also spoke with a friend from Ziel. They claimed they wanted freedom for their people. I can respect that, though, it seems they have alterior motives. If I could channel that motivation, and steer them away from the extremes, they may be a chance to make the new world a better place.

Questions still fill my mind. What were these infestations? Are they related to the spirits? Where did these come from? Why had we not seen this before? What did the stranger do with his time in Leyton? Where was he now? Will that book ever get published?

Note: Brandis spoke of a spirit binding ritual. I have a bad feeling about this.

The major events and journals in Broderick's history, from the beginning to today.

September the 30th, 1619, I had arrived back from my patrol early, and was drawn into the Spirits Rest Tavern by the local proprietor. Help was needed to prepare the food for the rest of the Soldiers and guildmates that we're heading toward the small b...

Twas Saturday morn when I dinner my armor and went with Brandis to go on patrol once more. The infection was dormant within him, regardless, I needed to be careful. We were tasked to protect a high value target, an Author from the old world. They were wri...

The list of amazing people following the adventures of Broderick.