My names Sariel Aloro, of the Aloro family, but not by choice. I'm a 19 year old wood elf. I've got twin older brothers who are 100, Zinrick and Ulrich. I think I may have been an accident, but my parents kept me all the same, sometimes I think they wish they hadn't. I've never been a conformer, I've always bucked against the rules, particularly ones I thought were stupid, like not smiling at the workers or talking to them unless giving them a command. When I was about 15 or so, I snuck out and went into the town on my own. My parents thought the people of the town were beneath them, we are noble and they are common, but I never shared that mindset. What makes anyone better than anyone else?
Eventually I stumbled upon a young rugged human boy. He was a smither and his face was covered in soot and his dark curly hair was smashed from wearing his hard hat all day. When we locked eyes, it was kismet. It became a regular thing for me after that, sneaking away to be with him. His name was Aaron, and we were in love. He didn't have much money but he was incredibly talented and would make me little things when he could, a chain necklace, small silver hoop earrings, and eventually a silver ring.
He gave me the ring on our last night together. He asked me if I would run away with him, away from the town that told us we couldn't be together. I don't think I'd ever been so happy in my entire life. I agreed and slipped the ring on the chain around my neck. Unfortunately, I had not been as sneaky as I thought because it wasn't long after I agreed to leave with Aaron that my brothers kicked the door in to the house we were in and my parents came marching in. They were outraged and pulled me away from Aaron screaming, "You're a NOBLE Sariel! What's wrong with you? You bring shame and disgrace to the entire family with your actions! Zinrik dragged me away screaming as Ulrich started beating up Aaron. My parents made arrangements to send me to a monastery far from town less than a week after the incident. The staff at the house passed the word to Aaron and even managed to slip me a note from him before I left. The note said that he was okay and he heard from the staff that I was okay too. He said that he didn't blame me for what happened and he still loved me; that he always would.
The day I left for the monastery, my parents gave me a pouch with 25 gold and told me they looked forward to seeing me again when I was of the correct mindset. I told them not to hold their breath and left.
The monastery was awful. The leaders had no sense of humor and were stricter than my parents. All morning I would sit and listen to a monk drone on about our history and in the evening I would "train" aka, get the stew beaten out of me by multiple monks. They never fought one on one, I always had to fight at least two at a time. Anytime I spoke out of turn, was cocky or rude, or did anything a leader didn't like, there was punishment. Punishment was different day to day. It could be cleaning the floors, or 100 hand-stand push ups, helping organize the library, or fighting three monks with one hand taped behind my back. I stayed at the monastery for three years, secretly sending the occasional note to Aaron. I know that I can't go back to him yet, I'm not powerful enough yet, I don't have enough influence on my own, but I will someday. I will do whatever it takes to be with him WITHOUT treating other people as if they are beneath me like my family does. 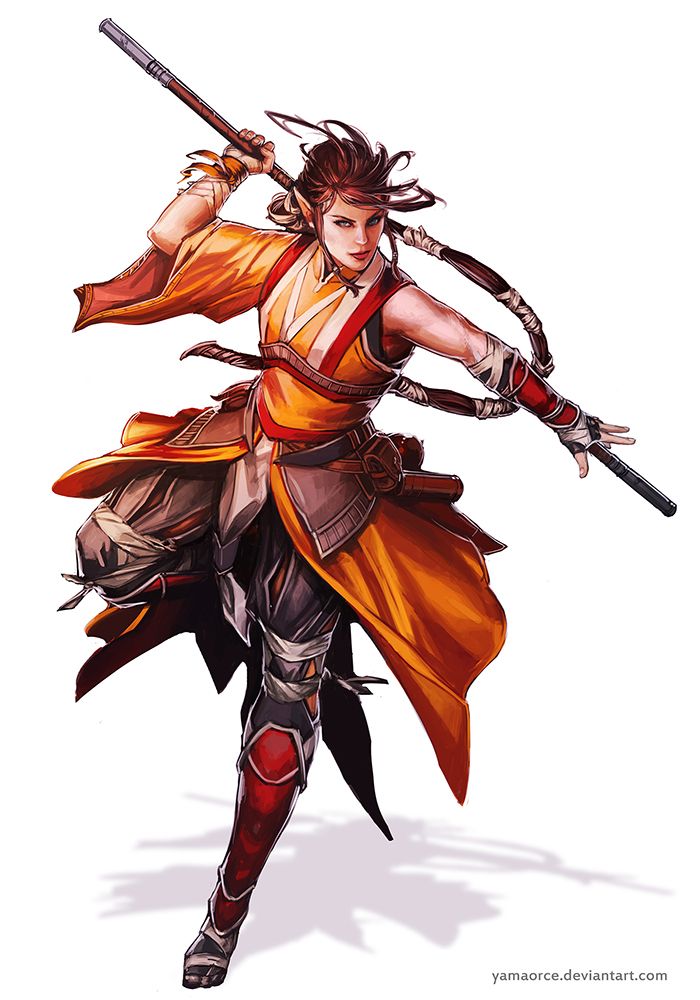 The major events and journals in Sariel's history, from the beginning to today.

The list of amazing people following the adventures of Sariel.