Mastermaker of the Arcane Artifice.

Body is framed in mithril exoskeleton anchored to the bone at multiple points. Parts of exoskeleton carry plates of armor for defense and safety in the workshop.

Etor cannot remember his birth and childhood, among many other things. His research has best been able to glean that he is a product of genetic modification and other metaphysical experiments leading to his long life, intelligence, and other quirks. Some beneficial, some less desirable. His best estimated age is around 330. His memory loss is due to various accidents, injuries, and experiments.

Etor, by his genes or upbringing, has always been fascinated with crafting the arcane and elevating the natural to a higher level. His main specialty that he focuses on is body modifications with various types of devices and contraptions. He has an interest in pursuing knowledge of all sorts, sometimes to his detriment.

This is most apparent in his accident around his estimated age of 150 when an attempt to create that resulted in a large explosion of energy that severely injured him. It removed his right arm, right leg, and has left permanent damage to his body, most notably a large scar across his right face. Compelled by his handicap and taking this opportunity, he began designing and crafting prosthetics for himself, beginning with a rudimentary artificial leg and arm. He modified his designs and troubleshooted until he was able to make functioning replacements. He also required replacement of multiple ribs, skull fragments, and a portion of his pelvis with metallic replacements. It is unknown what other biologic functions have been augmented or altered by him at the time or since then.

With what he learned and a spark of creative energy, he spent years crafting his masterwork: the Battlefist. A large mithril apparatus that functions as an arm and contains various useful devices for combat or otherwise. His leg followed with a simple hydraulic piston that functions as a brute force hammer or in dire cases, a battering ram.

These are augmented and supported by an mithril exoskeleton framework and protective armor that serve multiple functions: Weight bearing, securing the Battlefist firmly to the torso, protection against further accidents or enemies, and augmenting his strength constantly or with a burst of arcane energy. The exoskeleton is anchored to his skeleton by a series of ports and adapters across his body for structural support, communication, and modification of his biologic functions.

He is able to power his contraptions and their multiple uses and tricks by using various unique items from across the worlds. His long life has led him to explore various cultures, ruins, wildernesses, and anything in between for materials. The materials come from creatures, elixirs, artifacts, and elements from these explorations. Some creations he devised by himself, some inspired by others, and some were copied.

Briefly studied at the Quandrix Academy. Didn't exactly have the knack for innate magic, but he discovered a passion and talent for crafting magic from arcane materials and intricate mechanics

While he overcame most hurdles from his accident, he suffers from phantom limb pain and various other pains, toxicities, and neuropathies. He constructed an apparatus to filter and remove the majority of the toxicities from his body. It is located in his left iliac fossa. His prosthetics and exoskeleton inject a pulsatile local anesthetic to alleviate part the pain, but he has become dependent on to relieve the rest of the pain.

"I will either find a way or make one." 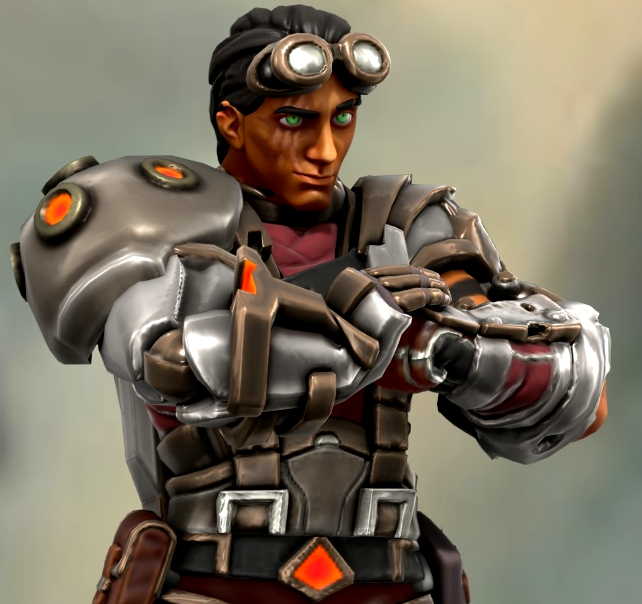 The major events and journals in Etor's history, from the beginning to today.

The list of amazing people following the adventures of Etor.