Time unfroze.   Suddenly, Xora disappeared. Tiddles and Opal looked alarmingly at the bracelet lying on the ground. After a moment or two though, they shrugged and picked it up -- they had seen this too many times already.   The pair were standing in the room full of mechanical detritus, from the battle against the clockwork servants moments before. Naro caught up, angrily muttering to himself "god fucking damn markus you shouldve listened to me but nooo instead you drag us into webs and gas and we get caught up and get stuck and cant do a damn thing come on ma..."   Opal gave Naro a wary eye, and then looked over at Ryder, who gave her a head nod.   Tiddles took this time to start checking out the desk in the center of the room. He opened one drawer, finding it full of clear quartz gems, each about 1 inch across. Feeling around inside that drawer, he located a switch, and flicked it, opening the next drawer below. Inside he found 3 small clockwork bugs, each containing a circular slot about 1 inch across. One of those bugs had a bright yellow quartz crystal slotted into it.   Tiddles recalled his knowledge of clockwork devices. He held one up and showed it to those around him "Hey look, I found clockwork bugs! These things can record audio, and then play it back! They store the audio on gem stones, like these clear ones" 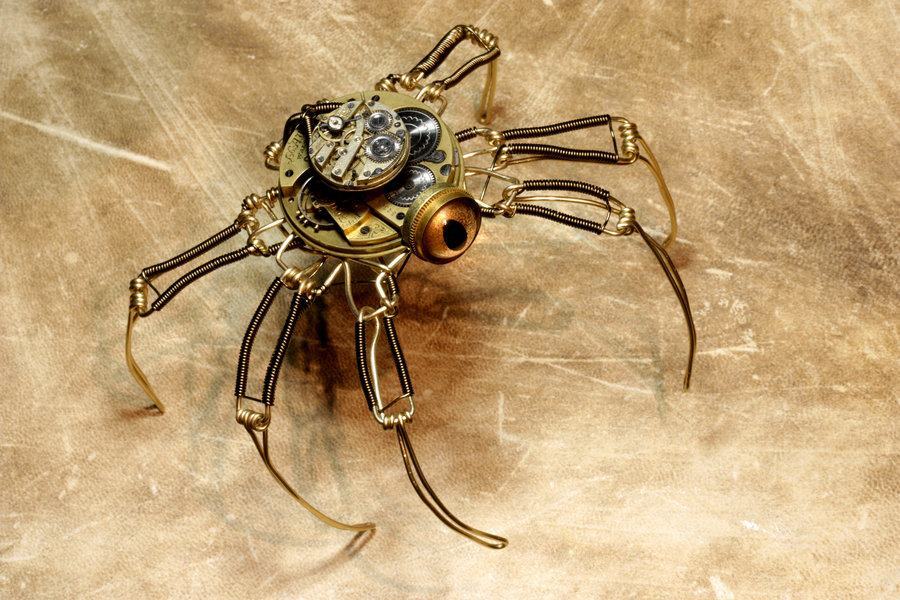 Ignoring the fact that the yellow gem inside the clockwork bug was different from the clear ones, Tiddles packed everything away into his sack.   The four of them took a door to the west, and then went south. They found what appeared to be another large black metal door. Tiddles put his hand up to it, and felt the hair on the back of his arm raise. He touched the door, and felt a small quick shock jump to his finger.   "There's some sort of lightning device behind this door!" he said. "I'm not sure we can open this safely"   Ryder stepped up and said "Dont worry, I know what to do. Hey, Kir, come here."   Kir dutifully obeyed and stepped up beside Ryder. As Ryder backed away, Tiddles stood there beside Kir, just off to the side of the door.   "Open it!" commanded Ryder.   Kir opened the heavy metal door, and immediately tried to dodge as a massive bolt of lightning came coursing through the door. The electrical energy spread out, striking Tiddles, and just missing the rest. Tiddles and Kir's reflexes were good though, and they managed to avoid most of the electricity.   "Holy shit" came murmors from around the room.   Opal peeked her head in, and took a good look at the machinery.   "It's safe, y'all!" She said and she walked in. "Lightnins gone"   She looked at the strange room. There were scorch marks all over the place, and little pieces of metal embedded in the walls. Something had catastrophically failed in here. In the center of the room was a large and strange machine, shaped like an inverse metal whirlpool, with a flat circular spot on top to stand. On that dias was a podium, with a slot on it that could only be for soul coins. Opal knew that while this one was broken, had it been in working order, a user would stand on it and place a soul coin inside it, and be filled with some sort of power.   Relaying most of that knowledge to her companions, the group continued on their way. They chose to follow in the footsteps of the mechanical mage that caused them trouble before.   Tiddles leading the way strode confidently south, and opened the next door heroically.   "BUGS!"   He yelled, as 2 fire beetles scuttled towards him rapidly.   Tiddles, in a panic, slammed his rapier on his shield, letting out a blast of sonic energy. The wave hit the two bugs and immediately liquefied their brains. The bugs rolled over onto their backs, dead.   "Phew." Said Tiddles, catching his breath. He examined the bugs, and found them to be glowing softly. Picking them up, he turned and presented them to Opal. "Hey, can you take a look at these?" 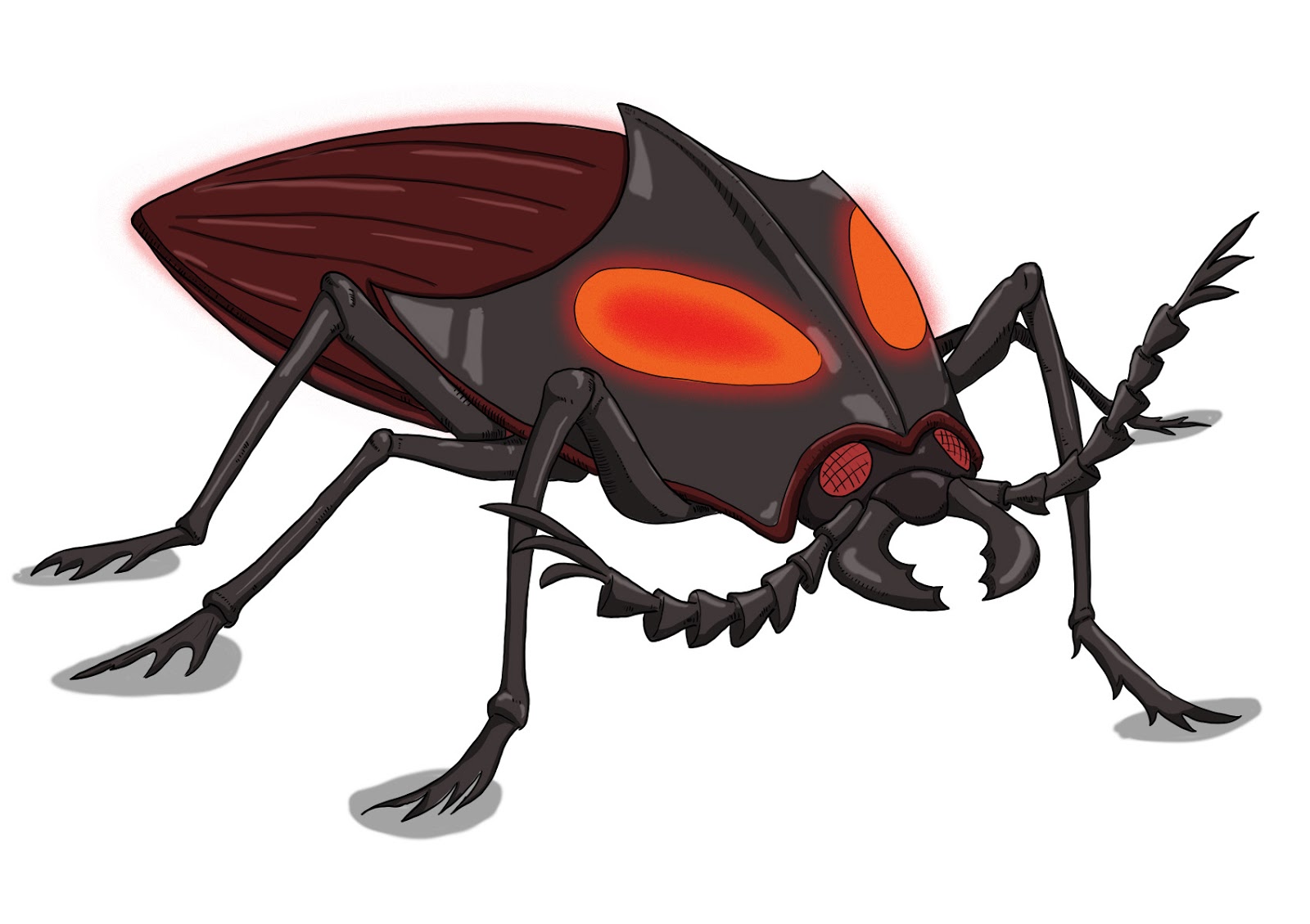