The blob constricted, as the skin it was in contact began dissolving away. Rusticus was being digested, and could do nothing about it. He struggled as his flesh began to peel away, yelling in pain and fear.   Naro looked down from above, standing on the edge of the pit. Indecision gripped him, fear for his own life holding him back from diving in to assist his ally. He shook his head, as one of his many arms grasped at the air towards Rusticus.   Naro looked at the arm, looked at Rusticus, and finally said "Alright. ALRIGHT. You're right Markus. We gotta do this."   Naro stepped off the edge of the pit, hands glowing with magical energy. The sleeping willow swung a branch at Naro, just barely missing, as Naro put his hands on Rusticus. Naro looked at the dwarf, and asked "You want out? DO YOU WANT OUT? I NEED YOUR CONSENT DO YOU WANT OUT?"   Rusticus, mouth full of corrosive ooze, nodded feverishly. "MMmMMmMM!"   In a blink, Naro and Rusticus vanished. The ooze fell back down to the ground; it was slightly larger than before. It once again began moving mindlessly in circles around the sleeping willow. The tree's branches again swung in the non-existent wind.

Tiddles and Opal were still comforting the freshly revived Ryder, when Naro and Rusticus appeared next to them. Rusticus, mouth now no longer full caustic ooze, immediately began yelling. Still raging, he began grasping at his burned and dissolved skin. "OH GOD holy SHIT nine rings in the deep my GOD this HURTS!"   Opal quickly ran over and placed a hand on one of his arms. She marked him with a Hex Scar , allowing her to heal him from a distance. Using her magic, some of Rusticus' wounds began to close up. Rusticus wavered where he stood, then fell over, passing out.   Tiddles quickly walked over and unstoppered a health potion. He tilted the dwarfs head back, and poured the contents down his throat. As the magic coursed through his system, large patches of flesh began to heal over again. The pained snoring from Rusticus became calm, and the dwarf seemed more at ease.       "Well. What did I miss while I was dead?" Asked Ryder, eyebrows raised.   Opal took him by the shoulder. "Well." She started. "Y'all died, then we almost died, then we moved a crystal... uhhh..." She looked over at Tiddles.   "We unlocked the machine that rewrites bracelets. While we, er, Xora used the machine, Naro and Rusticus went through a secret passage. We heard screaming, and then they appeared." Finished Tiddles. "Where is Xora anyways?"   Opal held up a dim, cracked bracelet. "After bringing Ryder back, her bracelet cracked 'n turned dull. Seems to have lost its power. After that, she seemed pretty tired, and she retreated back into it. Guess the hibernating still works with these 'ol cracked dim bracelets."   Opal put the bracelet into her pouch.       Naro stared intensely down at Rusticus. The others looked at Naro, then looked down at Rusticus as well.   "I'M TIRED." Said Naro loudly. He lay down on the floor, and rolled out his bedroll. "Markus says we're sleeping too."   "We should probably have someone keep watch right...?" Asked Tiddles, slowly.   As Ryder lay out his bedroll, and lowered himself onto it, he shot Tiddles a look. "Sound good, thanks Tiddles." Ryder passed out as well. Opal lay on her bedroll, and thanked Tiddles similarly.   The bard sighed, and sat down. "Guess I get first watch."     After taking turns at watch and having an uneventful night, the party woke up and began stretching their sore muscles. Rusticus rubbed at his fresh patches of new skin, still feeling severely injured.   "So," Started Tiddles. He looked over at Naro and Rusticus. "Want to lead us over to whatever it was that nearly killed you?"   Rusticus looked over at Ryder. "Only if he brings Kir."   Ryder dusted himself off. "Lets see if this still works after dying..." He thrust his arms upward, and a swirling dark energy surrounded him. The magic spread outward and refocused on a spot near him on the floor, and out of the energy rose Kir.       Ryder pat Kir on the side, and nodded at Naro, who began leading the way. The moved across the hallway they had camped out in, and Rusticus pointed out the secret passage that was half hidden behind some empty boxes. Ryder eyed the passage way; it was about 5' wide, and maybe twice as tall. He looked at Kir, standing at least 15' tall, and 10' wide.   "Uhhhh... Mighta called Kir back too soon. Lets let him go first, see if he can make it through." Suggested Ryder. 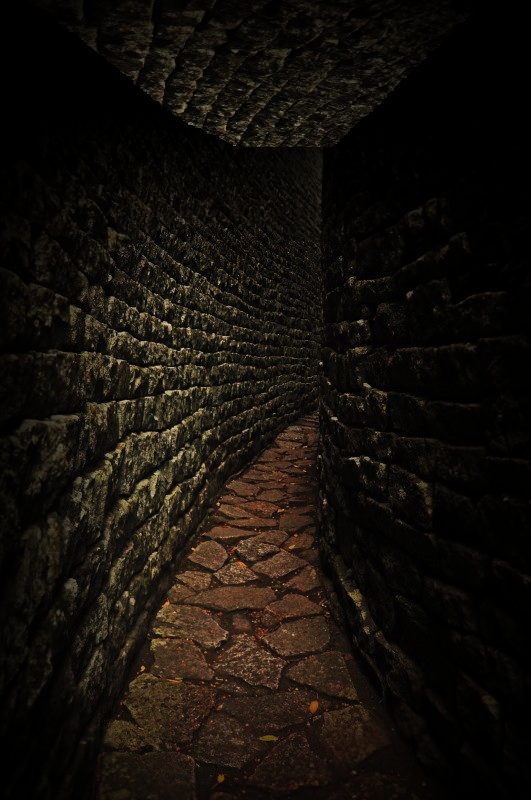 He directed Kir into the hallway. The massive armored man took a step into the tight hallway, and tried to force himself sideways into it. There was a sound of metal scraping on stone as Kir became immediately stuck.   Ryder stepped up behind Kir and tried pushing with all his might, but Kir was simply too large to fit.   "Alright alright never mind, pull yourself back out Kir."   As Kir stepped back from the tight space, Naro and Rusticus walked past him. Opal, Tiddles, and Ryder followed, with Ryder pausing a moment to give a nod to Kir.   "Just stay here for now."   As the party moved down the hallway, the light faded around Kir, leaving him in darkness, waiting.       Ryder caught up with the party as they exited the passage. As he approached, he heard Rusticus and Naro explaining the area they were in.   "..and yeah that pedestal there has a key hole in it. It's cold there for some reason. Then that door at the back of the room there, that leads to the area with the pit, the ooze, and the tree. We didn't really look around in there too much yet."   Rusticus and Tiddles were at the head of the group. They both leaned around the corner of the door, and Rusticus began pointing things out.   Ryder, at the back of the group, increased his pace. He passed Naro and Opal, and took a few steps up into the cold area. He looked briefly at the stone pedestal in the center of the room, complete with key-hole, before making sure he had plenty of space around him. He grabbed the lapels of his Anchorplace Robes , tugged, and vanished in a flash of white light.   Opal took a step back, and stumbled, dazed. Two bolts of light zipped through where she stood, knocking her backward and stunning her.       In a flash, Kir was standing where Ryder once stood.   "My STARS what the hell was that?" Opal yelled, as Naro helped her to her feet.   Echoing down the passage way they heard a small "Soooorry!". Footsteps approached them again. "I didn't know exactly how that worked. Didn't think it'd stun you like that. Sorry!"       Ryder once again exited the passage way, again behind everyone. He dusted off his robes.   "I guess I know how it works now. Lets uhh... see what Rusticus and Tiddles are doing?"   Opal shook her head. "Nah. I'm just gonna rest myself back here. Y'all go ahead. I don't want no dissolved flesh, thank you very much."   Naro and Ryder left behind, and approached the door, just as Rusticus entered the room. Naro looked to Tiddles, and asked in a hushed voice. "Whats he doing?"   "He said he's used to looking around in dark areas, so he's gonna scout ahead to see where to go." Responded Tiddles.   The three of them watched the stout shape of Rusticus, hammer glowing brightly, moved around the room. The light shone upon the walls, showing years of disuse as the walls were covered in vines, while the ground was covered in rubble and boulders. Rusticus moved swiftly around the outside of the room, passing by a door at the south end of the room, making his way full around the pit.       The dwarf returned, and looked expectantly at Tiddles.   "Well?" Asked Tiddles.   "Well what?"   "Well, what did you see?"   Rusticus paused. "Shit. I forgot to look."   Tiddles suppressed a groan. "C'mon. I'm going too this time."       Tiddles and Rusticus left the doorway again, heading to the south wall of the room. Here, Tiddles took a look at the large stone door that Rusticus had previously passed.   "You know if it's open or not?"   Rusticus shrugged. "I didn't check."   Tiddles sighed, and walked up to the door. First he pushed, then he pulled, then he invited Rusticus to push and pull. The door remained solidly shut. The two of them turned, and returned to Naro and Ryder. They found Naro away from the entrance, staring intently down into the pit.   "There's a key there."   Naro pointed with one of his arms. "Right... there. Inside the red ooze blob thing. It's floating in the middle of it." 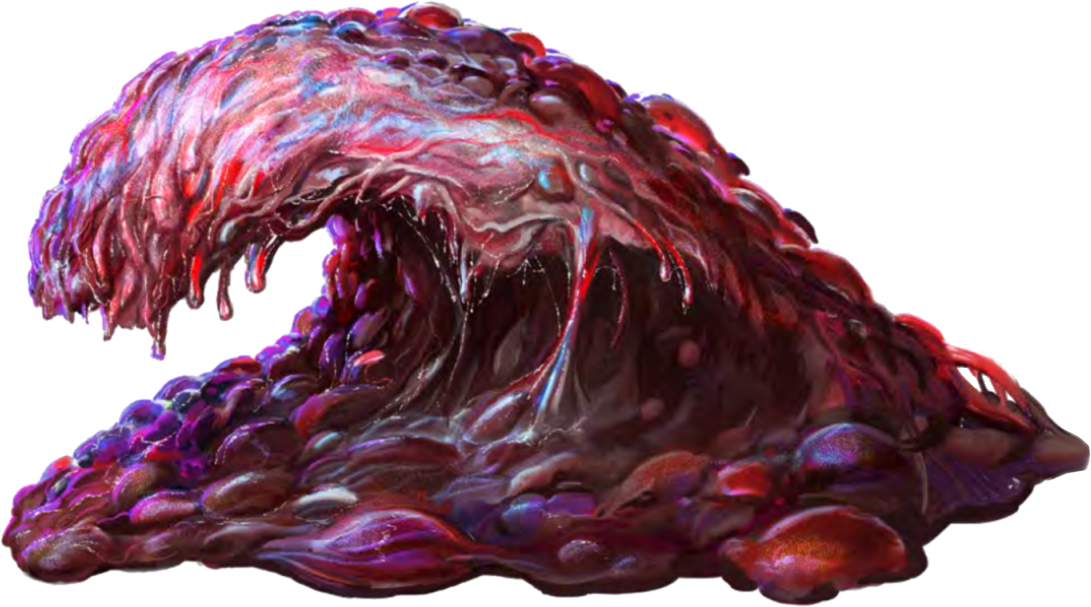 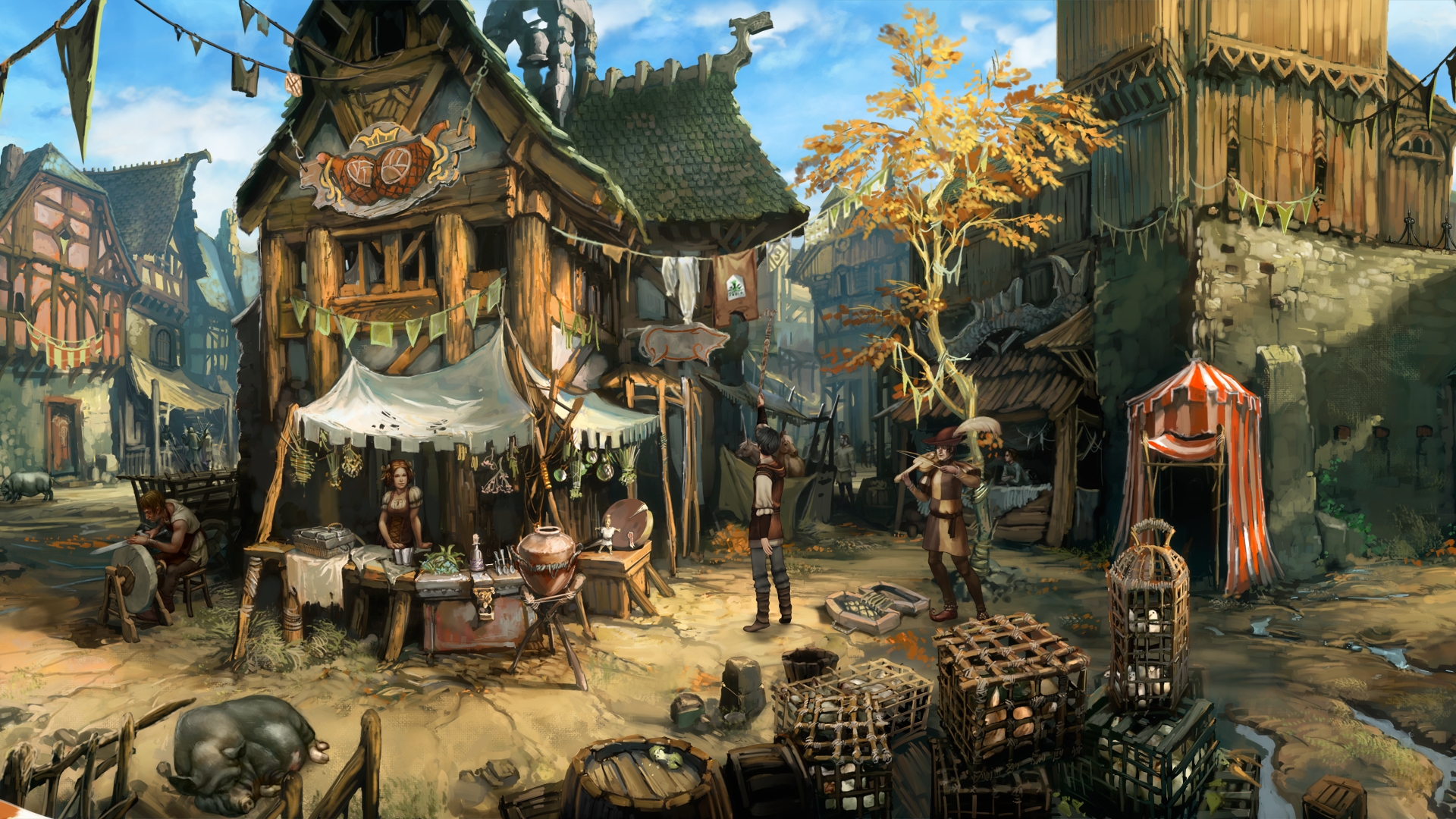