After the stressful first few hours inside Synthacrosia, meeting and defeating Jaxton, and gathering a few soul coins, the 5 party members lay down to rest. During their sleep, every single one of them reverted to their bracelet form, existing within the crystal for an unknown amount of time. After what seemed like months, 3 people awoke out of their crystals -- Zarish, Opal, and Rusticus. Two remained in crystal form, Jah, and Tiddles. Opal gathered the remaining crystal bracelets off the ground, and the party began planning their next steps.   Looking over Jaxton's map, the 3 remaining adventurers debated where to go.   "Less assholes looks good!" "I don't know, that seems like a trap, I think we should go to the assholes city"   "Yeah but this map was made for Jaxton's personal use, so why would he record locations as traps?"   However, going to either one of the two towns was going to be at minimum a 2 day trip, and the party needed more information and supplies first. They began to look at alternatives that were closer to their current location. Opal noted that there were small skulls drawn on the map, which she thought may be locations where Jaxton's companions died. Rusticus pointed out the clockwork hotspot, but seeing as there was only 3 of them, they worried that they wouldnt be able to handle it there.   The party went over their main goal -- get to one of the stairs. Secondary goal, gain more soul coins. With that in mind, they chose the Mining Camp + Goblins area as their next goal. At the camp, they could gain more information, and if they run into a few goblins, they could gain more soul coins. They began the 9 hour trek into goblin territory. 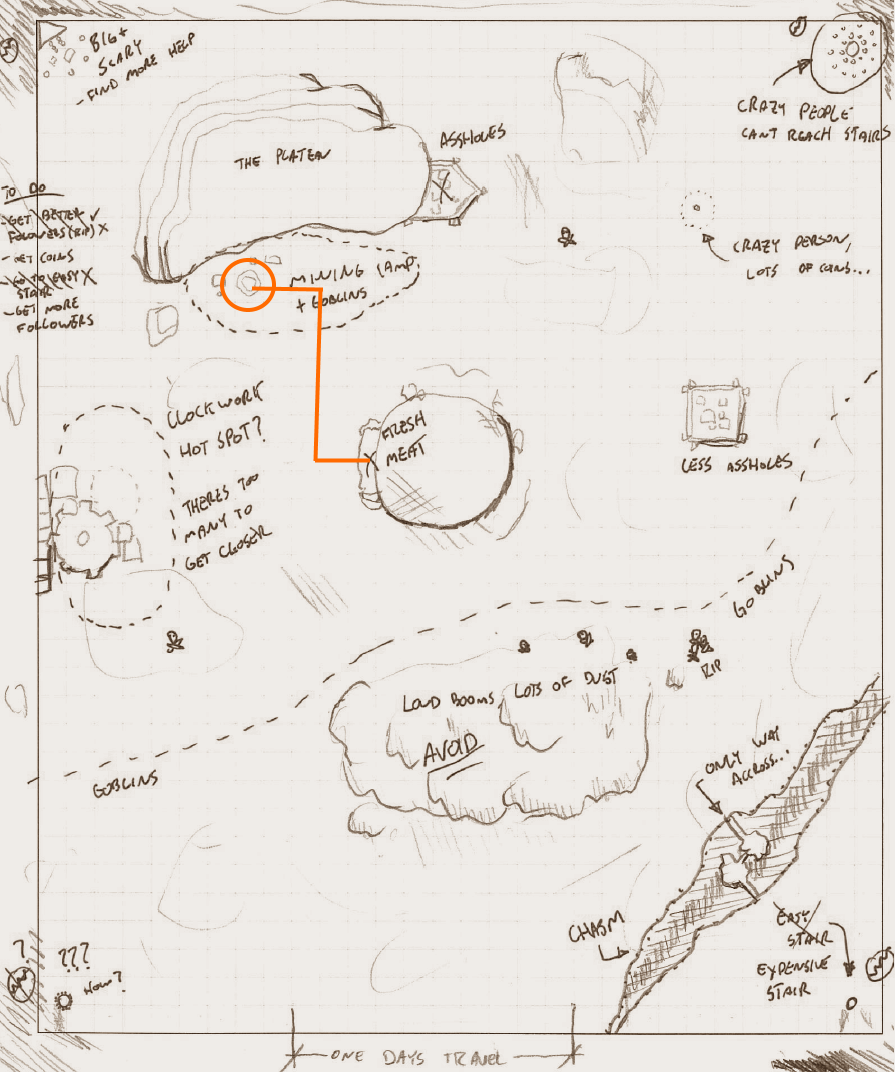