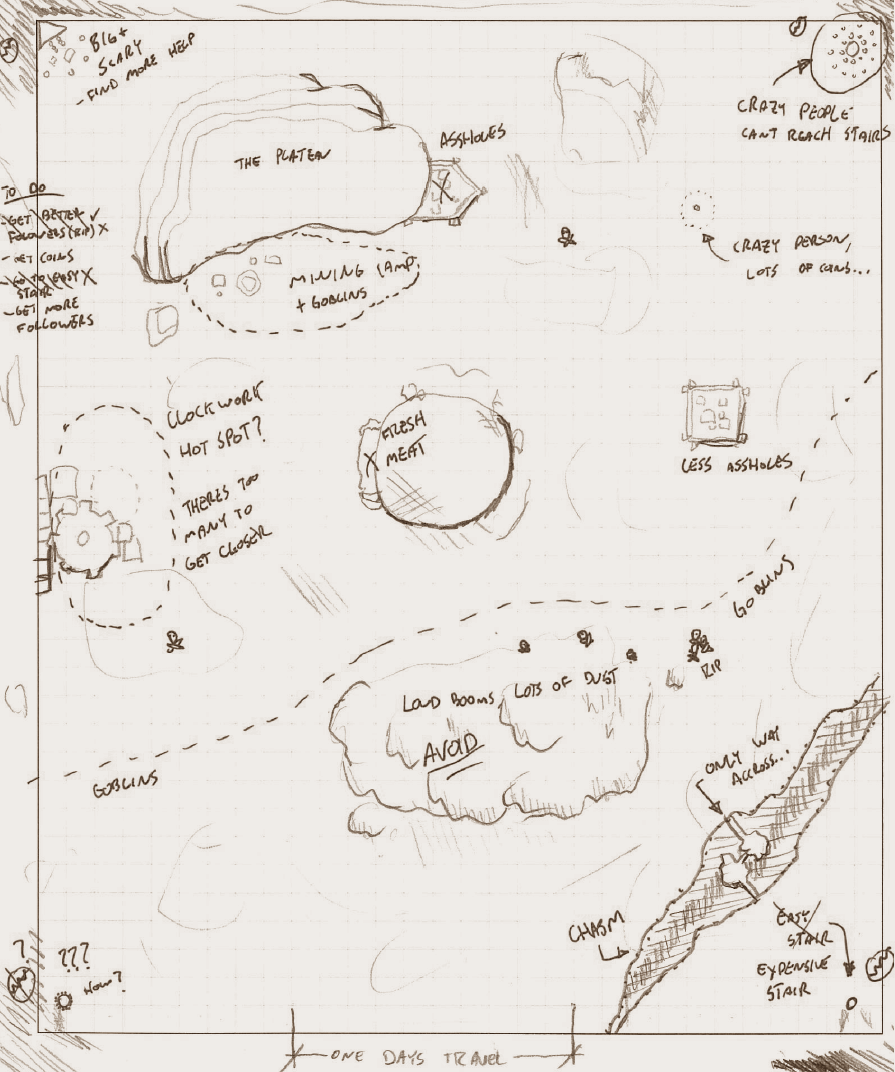 Seeing that his friends were dead, and his boss was gone, one of the Thugs turned tail, and ran to the north, dropping off the ledge and fleeing into the darkness. The final member of Jaxtons crew, the laughing orc, eagerly went back into the battle, chasing her own death.   “You don't have to die!” said Tiddles   The orc flipped him off and responded “I’m already dead, end my existence in this hell!”   Rusticus obliged her, dropping his hammer, and slicing his two claws through her. She dropped to the ground with a peaceful look on her face, again leaving behind a shining soul coin.   Battered, tired, and confused, the party set down to rest, while they studied the map that Jaxton left behind. 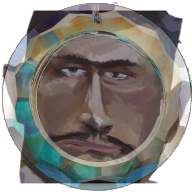