A Fantasy AGE game In the world of Vechaunus
January 9th, 2018 | Full
The year is 4375 S.C (since creation) and it is a time of hope and prosperity. It’s been over a thousand years since the Shadowsoul war which plunged the entire world of Vechaunus into war with the dark forces of the Betrayer. With the evil forces banished, civilization is booming, entire races have begun to create and expand and make their mark on the world! With the great gnomish tinkers inventing their teleportation circle, a newer, faster mode of transportation, the desert Continent of Qutis has made its way on the map as the most important and technologically advanced location in Vechaunus. Many adventures, entrepreneurs, inventors, and even villains, have become attracted to the harsh desert. Some of these descriptions fit the current party of adventurers who have each come to Qutis with their own hopes and goals. Will the desert prove too much for them, will they burn up under the intense heat of the Sunasta? Or will they become heroes of legend, adding their names to the songs and tales told of other great adventures and leaders of old?

Light's Arsenal has found the ancient temple of Light's Peak, yet they were not the first. A group of cultists known as the Blood Red Rose, according to their paladin, have already begun to defil sacred ground. Light's Arsenal has managed to capture 3 of the cultists in hopes of gaining new information. 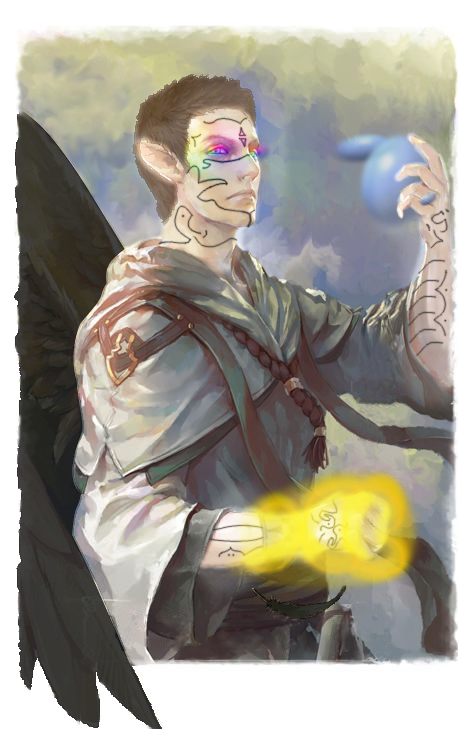 Light's Arsenal has been making their way through the ever challenging city of Seashine. Curiosity made new friends at the Cathedral of Tears, Harmony made plans for a total bar take over with Novie and arrange a possible coup with Kris. Meanwhile, the rest of the party prepares themselves for an adventure into the Charsong Archivists super-secret super deadly Labyrinth.

Explore the world of Vechaunus