Bliteness never saw the blade until it protruded from his chest. Bliteness felt the shock of the strike but strangely there was little pain. Captain Bliteness coughed as he often did. This time he didn’t clear his throat. It was his lungs that were at issue. The Se’ractor captain looked at the incongruous blade, almost close enough to his chin to shave him. Blood coated the blade. His mind should have been fearful and panicked. Bliteness knew in a small corner of his mind that these would be normal. Most of his mind was calm. The Se’ractor knew he was under-caste. He could feel the Red pulsing colour behind him, as well as see it reflected in his mirror. Whoever the man was that held the sword’s hilt, also held arrayed power. The swordsman's voice came into his ear, low and pleased. 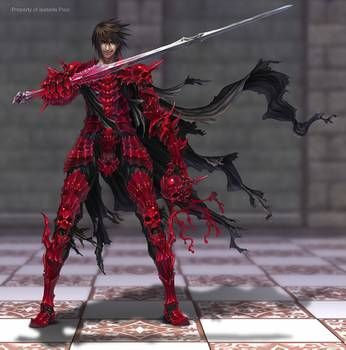