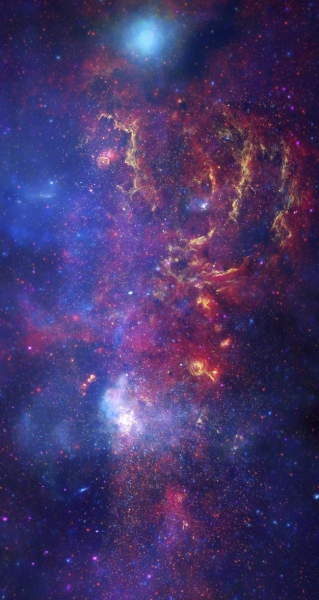 He craved blood for blood. Flesh for Flesh. His screams turned to ash on his tongue. When Drask was pulled from his mother’s womb, he’d never thought he’d experience bloodlust. But the men clad in red robes...the symbol of worms feasting on an eye on their robes...their blades...the way her innards coated the snow of the Aldoran mountains. He knew what had awakened in him.

The robed men captured him, chained him to a cart and dragged him away from the corpses of his clan. He woke up eventually, Volundr only knows where they dragged him. Or to what. The metallic smell of blood and iron bars tore into his nostrils, he saw countless men and women, even children wrapped in haphazard bandages, moaning in pain.

As if listening, the Executioner came forth, bellowing “WELCOME TO THE PIT RUNT.”

The Pit? Drask heard about the Pit. The shit they do there. It was no ordinary arena. They took runts and used them as rats for Magi experiments, purely for the entertainment of rich noble bastards who get off on the thought of two hopeless combatants fighting to the death and how they will tear each other apart. For Drask, this was where he’d feed his bloodlust.

Drask’s training was brutal, but the Executioner saw potential in him. He could have turned maggots into warriors. He taught the boy how to butcher with two blades. Deft, quick and carnal was how he fought. But butchering pigs and training dummies was far easier than killing a man.

His first fight was at the age of 16. He was pitted against another runt like himself. Drask didn’t care that he was going up against another boy like himself. He just wanted blood. And he took the boy’s arms clean off, leaving him to bleed out in the sands. His first kill left him vomiting in the sands, dizzy with the feeling of his own skin suffocating him. But he had to live. He had to survive. Because he made a promise to bring wrath to the robed men who took everything from him.

He scaled the ranks as he grew older. He gained the title of Manboar because of his tusks and his fierce fighting style. His first real match was against a warrior named Cronus. Bastard would use his scythe to cut off his opponents...you know what. Drask knew this fight would place his name amongst victors. He would carve anyone down. With the Chancellor of Worms, donned in red robes, with that fucking symbol stood in the private box, looking down on him, he had even more of a reason to fight. Drask knew what he had to do. Carve his name in history and carve his name into their faces once he becomes their champion. They had betted on Cronus to win. Oh, he was ready to prove them wrong. The match begins with Cronus throwing himself at Drask. Drask may be a savage fighter, but he wasn’t stupid. But in his rage, he saw Cronus stop in his tracks. Through the adrenaline, he saw the sands were alight with blue fire. Cronus began to cower, whimper and tried to run. Drask used the opportunity to seize the man by the back of his head and threw him to the ground. He began to hack at him. Arms. Legs. Head. Then his innards. Pulling the steaming innards out from the bastard’s torso. The sapphire flames diminished and Drask held out his enemies innards as a trophy, his blood seethed with carnal rage, gifted to him by Volundr, the Godling of Wrath and Barbarity. But the flames were not Volundr’s. No, they were something else.

“PEOPLE OF QINRA! GAZE UPON YOUR WINNER! THE MAAAANBOARRRRR MORDAX!”

Mordax...A fabled hero full of rage...he killed by setting his enemies on fire and then cut them down with his greatsword as they fled in panic...how fitting.

Drask was like a babe clinging to its mother's breast, he fed off the kills, the bloodlust, the taste of death. The arena had become his mother, his teacher and his salvation. He was soon to fight as the Chancellor of Worms champion. He was so close to his goal. And he fucked it over.

Drask was up against a warrior named Titan. The magic used on him turned his arms to stone making him indestructible. But no matter what you’re up against, the head is always a weak spot. The match begins when the sweltering sun of the Ashen Desert was at its highest. Drask charged forth, wrath roaring in his skull. He had to win this match. He had to become a champion. But his mind became cloudy, his steps clumsy. Poison? he thought. He charged right into Titan without realising his strike missed and his blade collided with Titan’s arm, shattering. The next thing he felt was a warhammer to his back. His body crumpled. His flames are useless against a man made of fucking stone. He had failed. But Titan didn’t land the finishing blow. And the screams of the Pit were silent. Darkness began to consume his body, dark shadows writhed around him.

The last thing he heard was Titan cry out “WHAT THE FUCK IS THAT?!” as two clawed hands the size of his body pulled him.

He fell. He embraced the abyss that was his death. But he woke to a soft azure light fluttering around the crystal caverns. He then heard a silvery voice speaking to him from the darkness

“Look what the abyss dragged in, Izrath.”

He wanted to scream. Drask then saw the creature approaching him, the darkness weaving around it. He wanted to wail. Because what stood in front of him was Izrath, the rotted and hideous Godling of the Abyss.