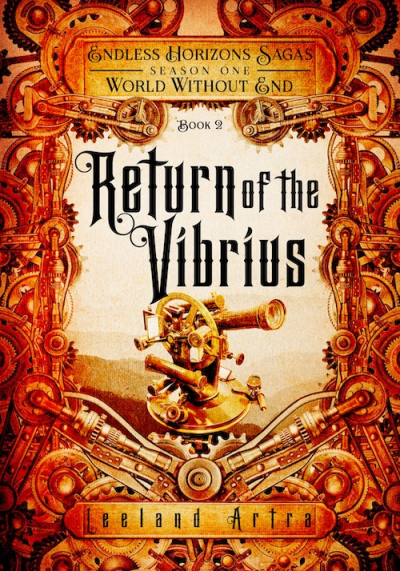 In the world of Terra


She yearns for scientific freedom, but the church believes she’s a heretic. Their conflict changes the world.
Janali, a repressed genius, quietly conducts her scientific research. Her situation appears improved with the miraculous return of the Vibrius, her prototype ship, thought lost at sea. The ship’s arrival with its mysterious cargo puts Janali in a dangerous position of having to prove it isn’t contraband and defending the crew from church persecution due to their claims they’ve gone beyond the edge of the world and back.
If you like steampunk with elements of fantasy, speculative science-fiction, and thrilling tales, then you’ll love the fantastic serial adventures of the Endless Horizons Sagas, written in true homage to the pulp science-fiction classics. This episode is part of the monthly serial novellas that fold together into a larger epic adventure. A new adventure is released monthly.
Get your copy today and see for yourself what everyone is raving about! Goto https://books2read.com/return-of-the-vibrius to get the book from your favorite online retailer.
Don’t miss book 1 Impossible Paradise.
English Steampunk Fantasy, Steampunk, Sci-Fi