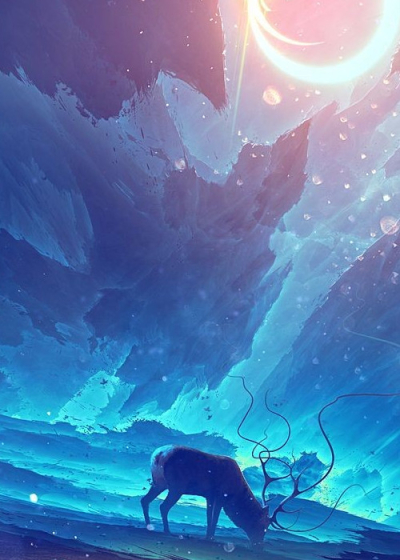 I counted all the tiles in the hallway and I waited for a long time and a whole lot of nothing happened, but eventually I guess everyone woke up! I wanted to explore really badly but Atar told me to keep watch, probably because he didn't want anything to dispel me or anything during the night.

I wonder if anybody had any nice dreams? I miss being able to dream.

Atar told me he met somebody very important who had already met him before, but he didn't give me any details yet. He said it could wait for later. Apparently he learned a new cantrip, though! It's called Scribe.

We figured out which box the drow had left the beads in... and it turns out they were Glassjacks. Oh boy. Atar actually gave one out to everybody, which seemed like a super risky decision for him to make, trusting people with them... but I guess they work as last-resort emergency objects and you really never know, so...

Apparently, the Administrator told Atar that Magus Druskan Nithgoria had arrived, and asked us to free them before the Magus had a chance to question them! When he released them, they told Atar their name: Administrator Salient Truth. What a cool name.

Atar misunderstood the Administrator's directions and went to the door that actually led to the security room, where a Coldlight Walker seemed like it was speaking with the Magus on the other side! But the Magus didn't notice we were there so we were able to close the door and go to the washroom. There, we found another Coldlight Walker who was sealed in a stall. Atar said they were actually speaking, just so quickly that we couldn't decipher what they were saying. It seemed to be terrified of him. There was a debate about what to do about the poor thing, but eventually they decided it was the kinder thing to do to put it out of its misery. But it seemed like it was afraid of Atar... or maybe the sliver he was holding.

He put it away after that and we went to meet the Magus! In the security room, we were able to listen to the last log:

"This is to be the log of Head Arcanist Quor’landris. I am to take over the Lightstrider Project and bring it to completion. Previous attempts to study the Coldlight Sliver have been met with failure, but this artifact is not as stubborn as I am. I have moved myself and my newborn child here, and am stating for the record that I am taking this posting knowing that it could cost me my life and limb. I am willing to sacrifice either should it mean my people can see the sun again."

The Coldlight Walker in that room didn't attack us at all - it seemed afraid of the Professor, but when we didn't strike first, it just ran away from us. We told the Administrator to open the doors and spoke to Magus Nithgoria, who requested that we help them fight the force that was incoming on the other side of those doors: three wights and what might be an undead Arcanist Quor'landris!