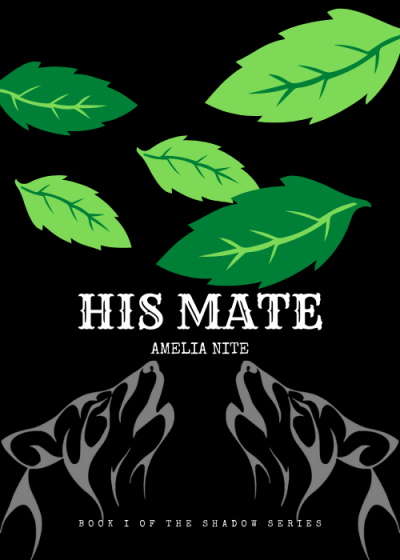 In the world of Darkness Moon Chronicles

BLINKING HIS EYES OPEN, Oliver McKinney let out a groan. His head swam, pounding viciously as he slowly sat up. Oliver moved his hand to steady himself, placing it on the wooden floor when he felt something slick and sticky between his fingers. He grimaced. There could only be one thing like that.

Glancing at his hand, he saw a puddle of red liquid, and fear slashed right through him.

Near the puddle laid strands of long black hair, seeming matted from the liquid. Oliver reached out to the hair and picked it up to notice a thin layer of flesh still attached to it. A whine left Oliver as he realized what had happened.

His gaze turned to the front door, eyes widening. Sprawled out across the threshold laid a man Oliver instantly recognized. His face paled, and he dry-heaved at the sight. Mom and Dad were gone. Oliver failed to protect his family from a murderer despite his best efforts, leaving him with a quick decision. The murderer could return at any moment; killers always returned to the crime scene. He had seen enough crime shows to know that was true.

Slowly, Oliver stood up and glanced down at himself. His naked body had been stained with blood, covering every orifice and probably some other areas that blood should not reach. After shifting into his wolf form and trying to fight the murderer, Oliver was knocked unconscious. He needed clothes. Looking around, he spotted his maroon hoodie lying on the floor near the base of the kitchen counter.

Stumbling toward his hoodie, Oliver wandered about the home, hoping to find some clue that Mom remained okay.

Yet, there was nothing.

The light in the kitchen flickered. Oliver peered at it, then snatched his hoodie off the floor and pulled it on. When he turned toward the living, he saw the wooden front door laid on its side, hinges torn, and splinters of wood scattered about. The couch and chairs in front of the mantle were flipped over, and claw marks gashed into the upholstery. A seafoam green dining table sat overturned; a large crack split the table. Three plates were shattered on the wooden floor, pieces of chicken and angel hair pasta laid strewn about, with a candelabra a few feet away, the flames snuffed out. A golden glow, cast from flickering lanterns on the porch of a small, wooden cabin, spread across the lawn and tree roots from Faery Woods.

A soft chitter entered Oliver's mind, startling him. He peered toward his bedroom on the right. Nothing. Turning his attention to the left, he spotted Funnel squatting at the base of a broken table chair leg. Oliver's eyes widened, and a small gasp of relief left him. Oliver had not lost his best and a most faithful friend out of losing everyone.

Hearing Funnel's chittering always calmed him in times of stress. At least they had each other.

He briskly walked to the table and crouched down, letting Funnel crawl onto his hand. Oliver raised his hand to his shoulder so that Funnel could climb onto it.

Once positioned comfortably, Oliver headed to his room. He tugged on some pants and grabbed his school bag. He dumped the books onto his bed and stashed some necessities into it - toothpaste, a toothbrush, clothes. A few minutes later, Oliver returned to the kitchen to rummage through the kitchen cabinets for any non-perishable food. Then, he gingerly walked over to Dad and looked at him with somber eyes.

Oliver barely resembled Dad, except for the few freckles that coated Dad's face and neck. When he looked at Dad, a sense of authority overtook him. While Dad always had an excellent joke to tell, he also loved pulling playful pranks. Dad barely reached the average height of a male with dark brown eyes and short black hair.

All of that had been coated in blood from a gaping wound where Dad's heart used to be.

Oliver crouched beside Dad and reached into Dad's back pocket to pull out his wallet and stuffed it into the bag. Oliver closed Dad's eyelids and left the cabin, giving one last look at Dad. He shivered in the cool night air. Sniffing, he picked up on a faint trace of the murderer and let out a grunt.

C'mon, Funnel. We have to go before the rogue returns. With Mom and Dad gone, there is nothing here for us anymore.

Funnel chittered and nestled into the hoodie's hood.

In the chill of the night, Oliver shivered. He took his first steps away from the cabin, bravely taking breaths the further he got.

I am alone, he mumbled internally.

We are together, Funnel reminded him.

Right. Without Mom and Dad, we're all each other has. Oliver shouldered the backpack and let out a shaky breath.

No more nightmares had to follow him anymore. From now on, he would be on the run!

If you wish to read past this chapter, please consider subscribing to the Shadows Saga group found at the top of my world, Darkness Moon Chronicles.