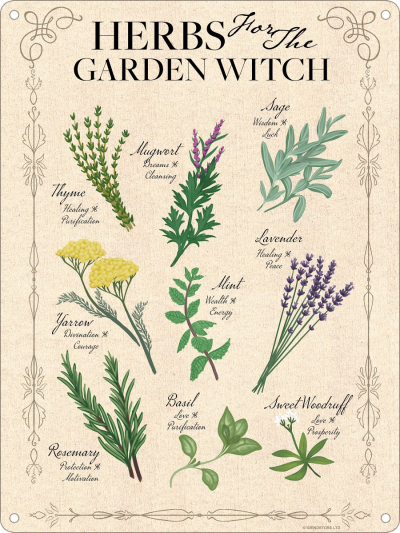 Home in The Wards

Industrial cranes loomed in the darkness beyond the lower tide break walls. They were illuminated in a rather pathetic way by swinging lanterns set along their lengths. It was a safety precaution she supposed although she didn’t know what sort of safety those tiny lights would provide. With the errant flash of lightning still trying to convince the storm to linger, the iron behemoths lit up like monsters in the dark, nature illuminating them more than mankind could hope to.

Lizzie didn’t live near them, thank goodness. Her family had an apartment a half dozen blocks north of the lower sea wall. While the streets in that part of the wards were a good thirty feet below the water levels beyond, her building climbed to forty and it was well worth having a spot on the uppermost floor if it meant there was a chance they could stay dry if the sea wall ever fell. Not that the moldering brick building, an old warehouse from the commercial days of sail, could withstand a flood wave. It and all the buildings like it along the street would suffer dearly if that ever happened.

One thought made her worry and the former made her feel confident and she knew which she preferred to dwell on in those dark nights when rain pounded against the leaded glass panes in their windows and the lighting flashes made the industrial cranes and everything under them feel insignificant.

Lizzie climbed the wrought fire escape on the outside of her building, preferring it to the unlit central stair squeezed inside the middle of the building. She passed over her family’s landing at first, continuing upwards. On the gently sloping flat of the old warehouse roof was a ramshackle little greenhouse, barely ten feet long, and as much a home to her as the crowded two rooms her family occupied below.

She had spent the better part of the past six years cobbling together this little space, dragging any scavenged glass she could find up the precarious outer stair of the building. Some were lashed onto the thin pipe structure with fraying ropes, some with rusting wires. It wasn’t nearly as airtight as she wanted but it kept some warmth in even in the winter months. Part of the reason for that was she had built it around the chimney stack of the building, the crooked thing still venting to the sky, but the little greenhouse taking advantage of any warmth that might radiate out from inside the masonry.

Tonight, in light of the recent storms, Lizzie was relieved to see the greenhouse whole and unbroken. If a pane had broken in this weather she would have another several hours of work ahead of her for the night, moving what couldn’t get too wet or too cold down to her family’s apartment. Or, if worst came to worst, moving her collection of eclectic plants to the official herbry greenhouse back a mile up the road for however many trips it would take her. She could likely bribe her younger brothers into carrying things for her but it was a risk she didn’t want to weigh until time demanded it.

The door had no lock, just a twist of wire holding an oiled tarp down over an arched, empty frame. The scent of her plants as she let herself in put her at ease at once.

She set about tending them, letting herself fall into familiar routine. Some needed watered, some pruned, some repositioning within the chaotic atmosphere of the greenhouse. One plant, a little rusty yarrow needed repotting before the week was out and she made a mental note to see about finding it a pot at the Gas Market that might fit it better. Failing that she could scavenge or purchase one from the herbry with a debit to her wages.

When Lizzie was satisfied that her plants were settled in for the night, she braced herself for the noise and chaos of her cramped apartment below and descended the fire escape one level.

The bustle and noise of her family wasn’t so much an assault on her senses as it was like crossing a busy street and quickening her pace to keep up. One of her younger brothers was shouting, probably Benjy, the youngest. The air was hot and humid, a consequence of drying laundry criss-crossing their main room. It must have been hastily brought inside at the onset of the storm. The heat came from their pot-bellied iron stove along the back wall, and while it was obscured by view at the moment, Lizzie could tell there was a pot of stew on the burner from the smell in the air.

“Papa, boys, I’m back,” she called into the chaos. Her mother worked nights and with her delay at work and at the market that evening Lizzie was sure to have missed her.

Her father emerged from behind a curtain of trousers, wiping his hands on a kitchen towel. It did little for the grease permanently engrained in their creases from working days on the docks. She greeted him with a kiss on the stubble of his cheek and handed him the package from the butcher.

Lizzie shrugged, she hadn’t had a chance to look yet. “Something to go well with supper.” It was best to assume the ice box sat warm again this late in the week.

“There's three days 'till Monday,” he said so the boys couldn’t hear. “Tell me you’re not selling potions on the side again.” His eyes weren't accusatory, but they harbored a deep sadness with a bit of fear.

“I never was, Papa.” She had always steered way clear of anything that came from any mage’s books but it was semantics to him. Lizzie could see this heading for an argument. “But no, some toffs came in just near the end of close, an’ must’ve felt bad for keeping me late. They overpaid plenty to get that.” She felt bad telling half truths to her father but wanted to avoid a spat more. Lizzie was careful, and that was all there was to it.

Two giggling boys, the middle children Josy and Finn, ran by. Their joy broke the moment between her and her father. Lizzie felt guilty that she was glad things hadn't come to stronger words this time. She reached out and snagged one of the boys in a hug as they passed by again.

“Looks like somebody needs to wash up for supper.” She kept her arms around him as he tried to wriggle free. Her father, shaking his head, retreated to the stove with the meat and Lizzie set about gathering the other two boys.