The Gods of Dragons: Book 3, Trust and Betrayal 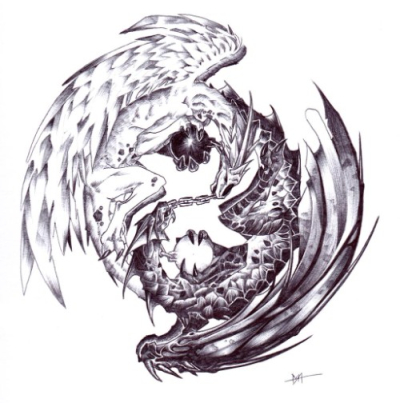 In the world of Daanlin

The Gods of Dragons: Book 3, Trust and Betrayal

[Note: Feedback wanted. This is a first draft  awaiting edits, so the perfect time to clarify and fix issues.]
Millennia have passed since the death of the dragons, their loss reshaping the world. From the destruction, the kingdom of man has risen into a civilization of law and order. But there are stirrings in the kingdom of Daanlin. Magical storms ravage the provinces and only one shadowy group seems intent on stopping it, even if it costs innocent lives and their own sanity.
A man with his heart wrapped in ice attempts to do his duty to serve the kingdom and his god, while a woman dances like fire in the wind, reveling in freedom she never thought she would have. Together they confront the shadows of their past and future, two sides to the same coin. Freedom and binding vows, dreams and despair, destruction and creation, fire and ice. And all the scales balanced by love.
Shon, a member of a specialized team formed to hunt not only mad and dangerous Warlocks but his love as well, is forced onto the sidelines. Lily, now the co-leader of the Warlocks that once held her prisoner, strikes out on her own to find her fellow dragons. In this volume, they will each find their fate unfolding as a result of their decisions, forced by powers outside their control...
However, Shon and Lily are not the only important people in the world, and this volume explores the movements of many others, dragons and Chosen chief amung them.